A co-worker shared with me how she spent an afternoon a few months ago looking for little treasures, or caches, that had been left behind by others who played the game/hobby of Geocaching.  I was unfamiliar with the past-time, so she explained how she and others use their GPS devices to find little caches of whatever that have been left behind by other enthusiasts…kind of like a high-tech scavenger hunt (?).

As I was hiking along the Pipeline Trail today, from Rattlesnake Gulch toward Church Fork, in Millcreek Canyon, on the east side of Salt Lake City, I was looking at the sides of the trail, trying to find something interesting to photograph.  I happened to spy a little box under a piece of rock, both of which were tucked between a larger rock and a tree-trunk. 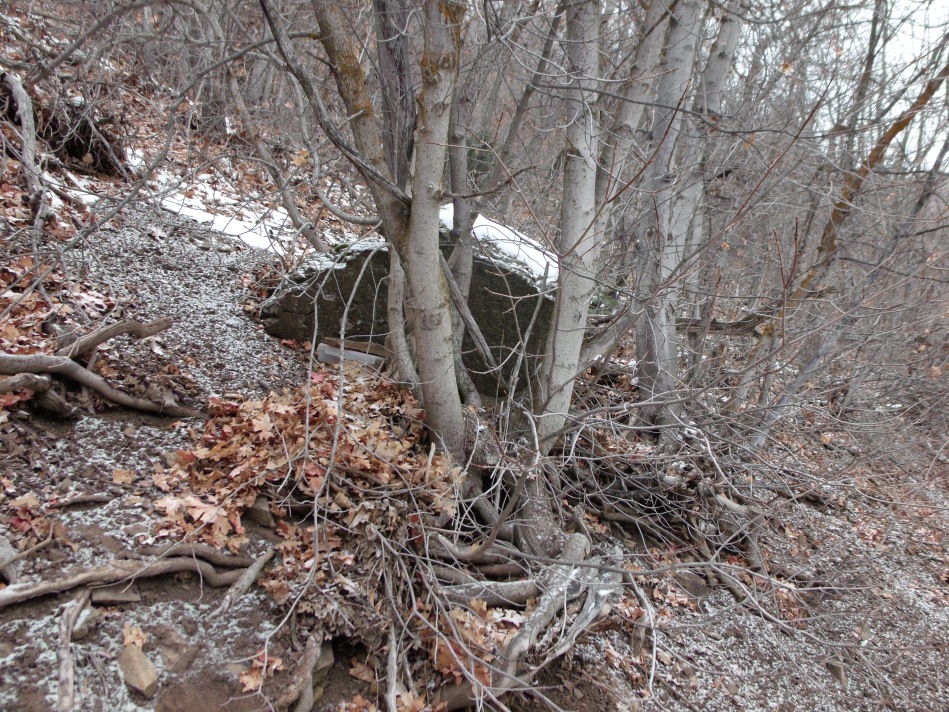 I didn’t really know what I was looking at, but thought that someone might have simply forgotten or lost their Tupperware-type sandwich box while hiking.  Other hikers often leave found-items on the sides of trails so that their owners can find them on their return trip or if/when they come back to look for them.  When I opened the box and looked inside, it occurred to me that this might be one of the cache items that players look for when Geocaching. 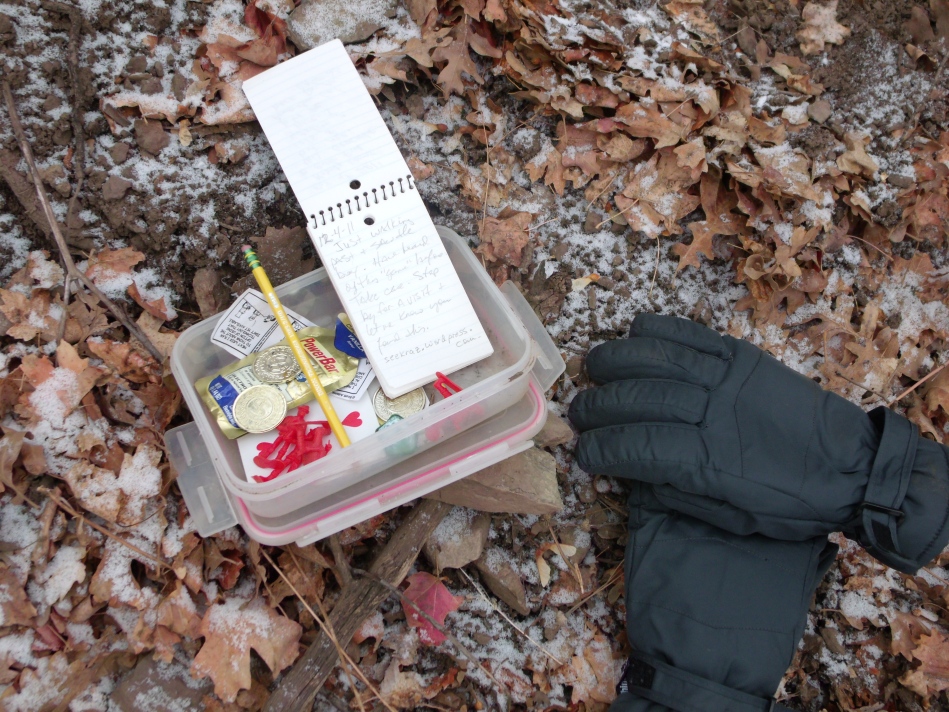 I looked inside the little notebook that was included and discovered that I was correct.  This particular box has been out there on the side of the trail since at least June, 2006….

The Geocaching website included above mentions that people often leave things in the caches that can be used by other players.  There was a note by Dave23 from a couple of months ago saying that he left a Power-Bar gel….

Since I had kind of stumbled into the game, I wrote a note to future Geocache players who might find the cache, inviting them to visit my blog and let me know that they found my note.  I don’t know if anyone will, of course, but it seemed like an interesting idea.  And since I wasn’t on a Geocaching trek myself, and hadn’t brought an appropriate treasure or token to add to the cache, I left a piece of Jolly Rancher candy with my note.  It should be safe from insects and the elements in the weather-proof box.

This entry was posted on December 4, 2011 by seekraz. It was filed under I Was There, Photos - Outdoors and was tagged with cache, Church Fork, Geocaching, hobby, Millcreek Canyon, nature, outdoors, photography, Pipeline Trail, Rattlesnake Gulch, Salt Lake City, sport, Utah.