Little Cottonwood Canyon has become something of a treasure trove of subject-matter for my winter-snow-ice photography.  Upstream from the Mormon Temple Quarry, and situated in the Wasatch Resort area proper, there is a water-plant (?) where water from the stream is captured and diverted into huge pipes and transported into Salt Lake City and surrounding cities for further processing and eventual incorporation into the cities’ water supply.

After I had taken the photos of the ice crystals standing upright on the white granite boulders in the empty stream bed…and had taken the pictures of the evolving ice-tubes, I continued up-stream to the water-plant and found this nice bit of frozen water coming down the chute from the plant.  I thought it was a pretty sizeable chunk of ice…. 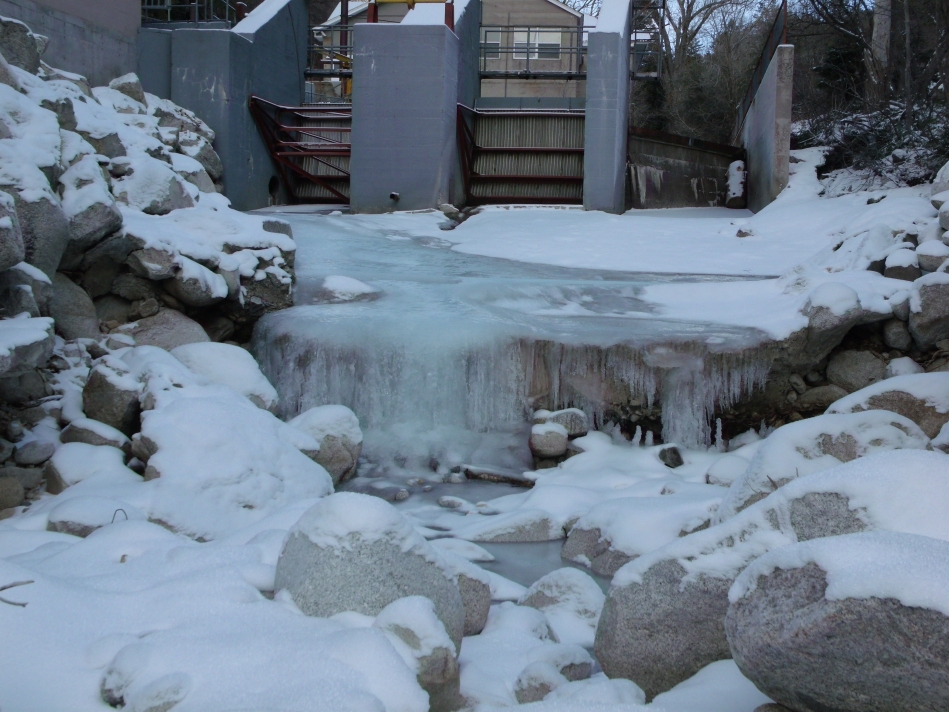 Looking rather large up close… 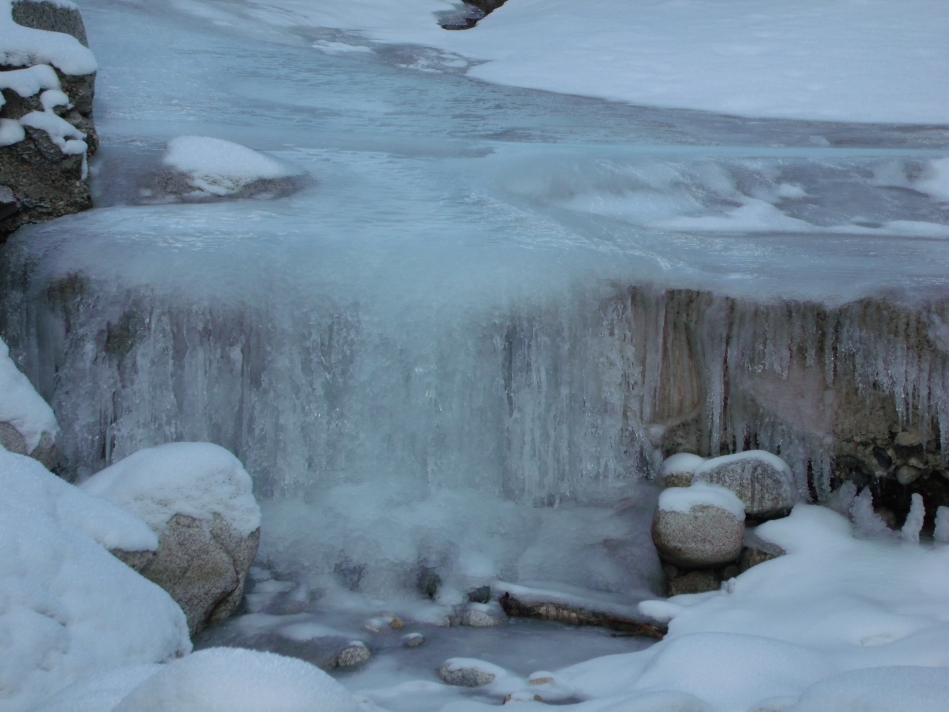 If we continue up the trail that follows the course of the stream, we will come to a huge rock…and behind this rock is another cement chute that has been touched by taggers…an unsettling find out in the middle of the forest.  We will come back to this rock in a moment, but this is what it looks from the front side – 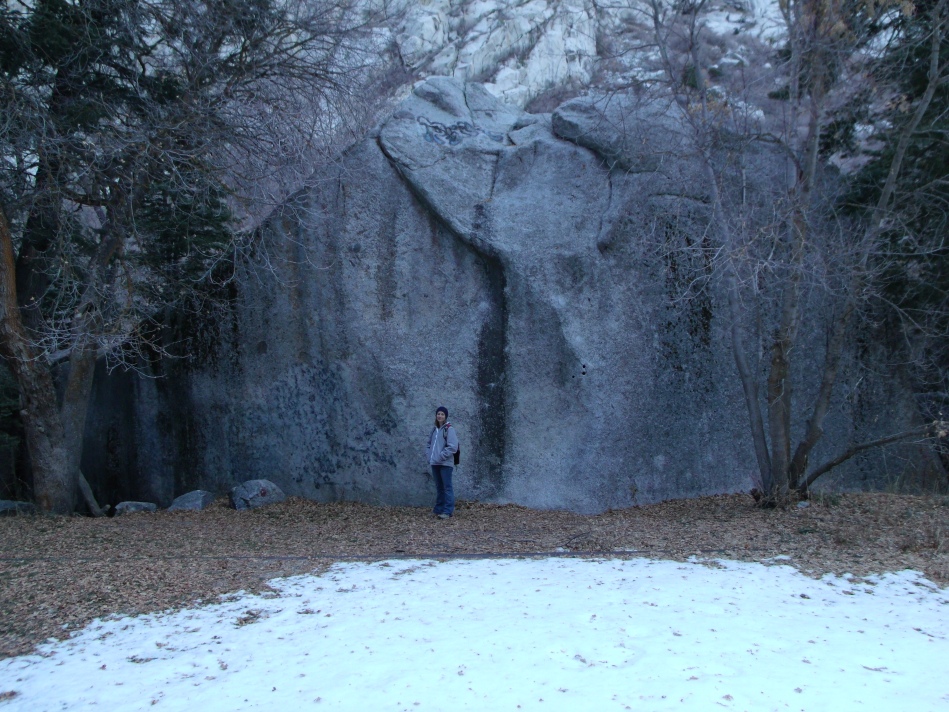 Probably another half to three-quarters of a mile up the trail, there is another collection point that gathers water from the main stream and another pipe that seems to bring water in from another smaller stream that comes from one of the gulches or draws further up and away in the canyon.  I had thought that the bit of ice from the first picture was rather large until I saw this chunk growing out from the pipe at the second water collection point.  This mass of ice might not actually be as large as the first one, but it does appear to be somewhat more dramatic…or unusual – 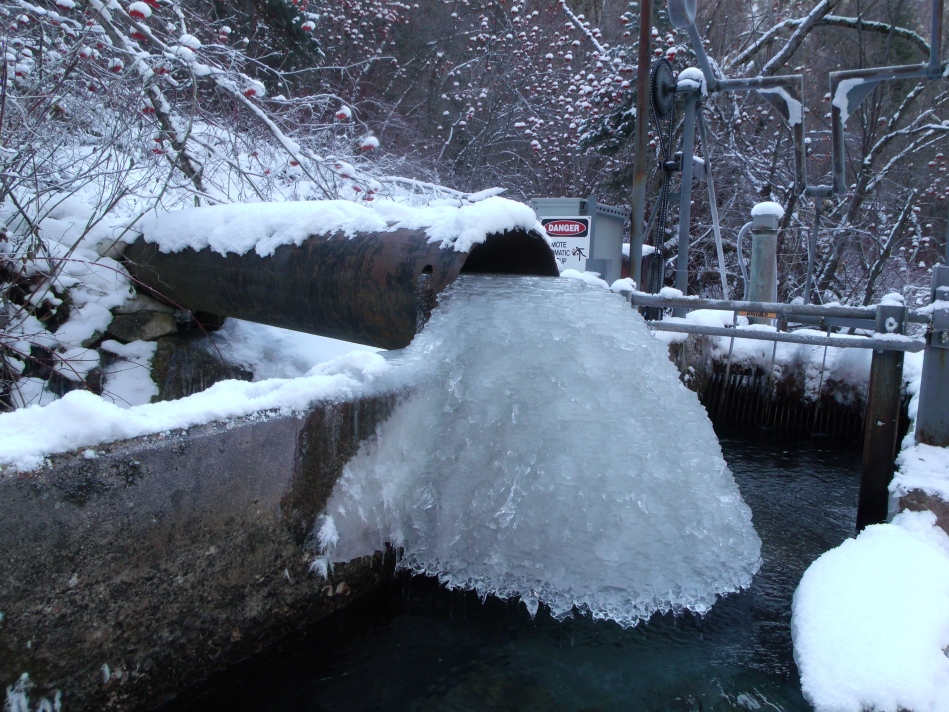 And now if we turn around and go back down the trail to that huge rock, we will see something that makes this chunk of ice appear less awesome… 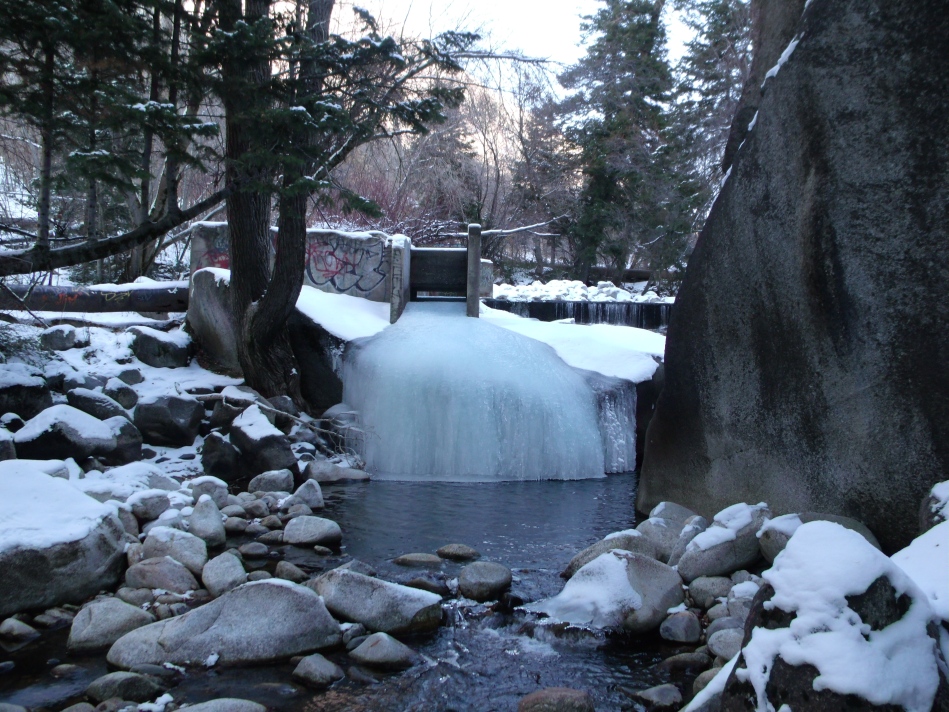 This was actually the first time that I have been on the left side of the stream and behind the huge rock.  All other ventures to this location have been from the right side of the stream and essentially behind the massive rock. The water level of the stream was low enough this time that I could step or jump from stone to stone and make it to the other side relatively safely; on other occasions, the stream has been flowing more forcefully and there would be no way to cross the stream at this location; it could only be gained by parking off the road in the canyon and then hiking down to the stream….or crossing the bridge another mile up-stream and going off-trail all the way back.  At any rate, this bit of water has created a huge ice curtain…and invited me to engage in further explorations “on the other side.”  More to follow…. 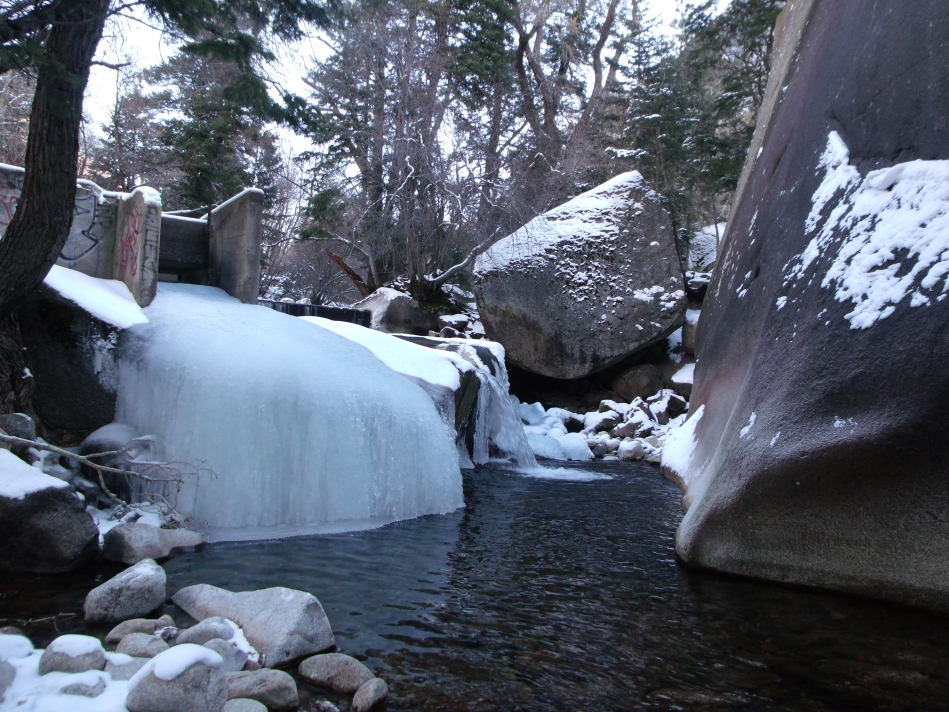