Did you ever ask your mom or dad what made that sound, that some kind of something that went “bump” in the night when all the lights were out and everyone was supposed to be in bed?  I think I might have found him…lurking ‘neath the bushes alongside a vintage motorcycle that was parked in the front-yard of an old farmhouse…way out in the country where the hants live and walk about on moonlit nights….

It was day-time and I was just passing-by, so who can say where he was headed…who can offer where he might be tip-toeing tonight…? 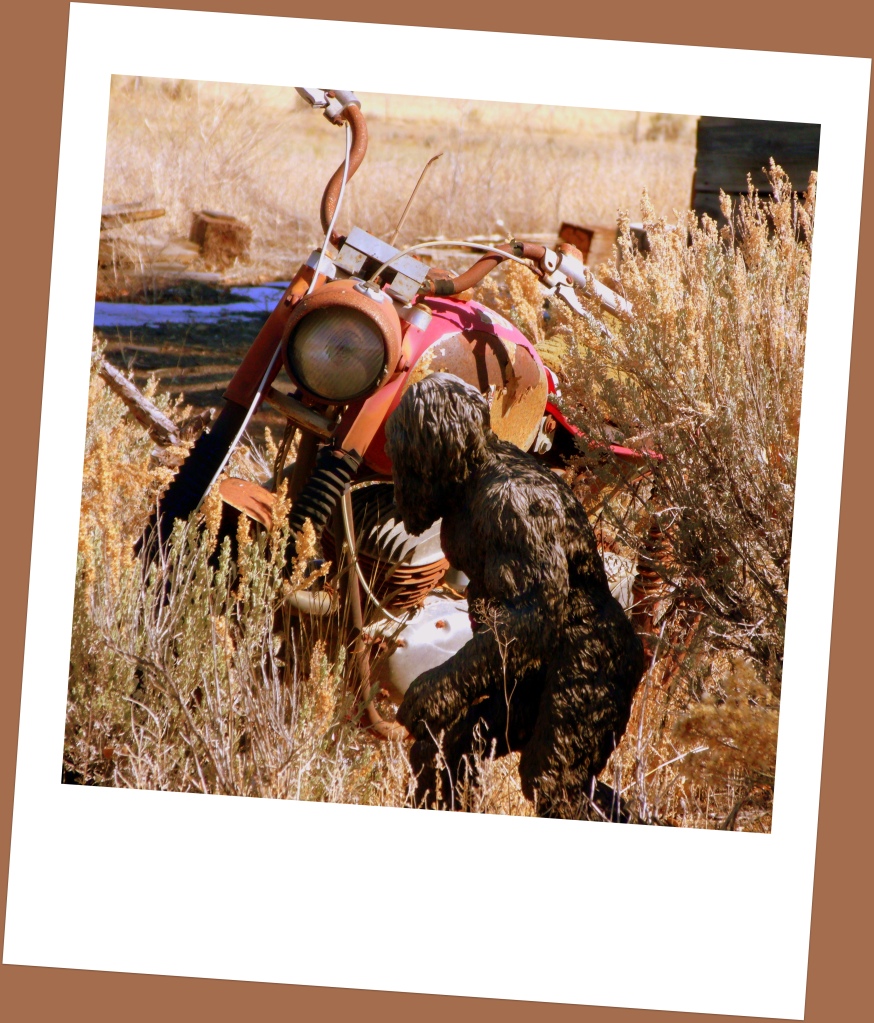