I have spent the last few Monday afternoons riding around with representatives from another agency, networking, I suppose, finding common ground for our two programs, searching for ways that we might serve a specific population from our two different perspectives.

One of the advantages of being a passenger is the opportunity to look around without having to pay attention to traffic…theoretically, one can take-in the scenery while still attending to the conversation.  The key, of course, is to not tune-out the other parties while becoming engrossed in the city-scapes and in watching all manner of humanity passing on the sidewalks, etc.

This past Monday, I happened to notice a flash of color on the parking lot wall as we passed a particular business…a flash of color that I had never noticed in my daily commute and coincidental passing of the building and parking lot every single morning on my way to work.  During our course of meandering about the neighborhood, we passed the location a couple of times and I was able to discern that the flash of color was actually a mural…and even from my poor vantage point of the inside of a moving vehicle, I could tell that it was more than just a bunch of graffiti and crap art that one sees in some parts of a larger city. 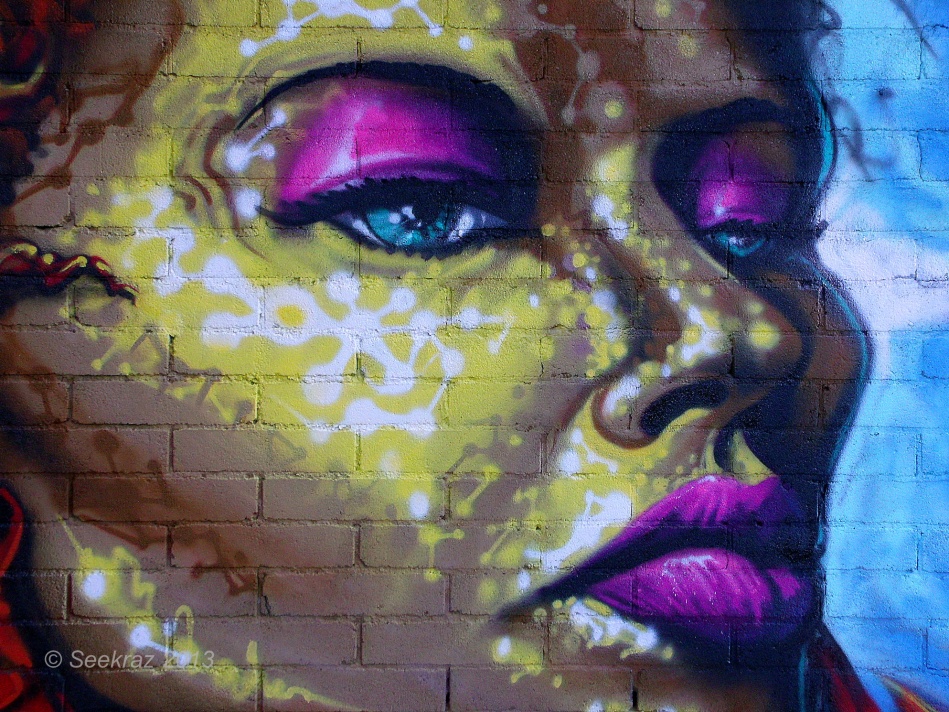 On my way to work yesterday morning, I passed the location, looked at the clock in my truck to see if I had time to make a quick stop, and then promptly made a U-turn at the next light and went back to take a closer look at the mural….and to snap a few shots of what appear to be an incomplete work of art…a work in progress….

The mural is painted on the north wall of the parking lot at an Indian grocery store named, “Qaderi Sweetz N Spicez.”  For those interested, it is located at 1785 S. State Street in Salt Lake City, Utah.  You can click on the highlighted name to be taken to the business’s Google+ page, or click here to be taken to an article from The Salt Lake Tribune that announced the store’s opening this past July.

I haven’t spoken with anyone at the store about the mural…yet…(?) so I can’t say with any certainty what the intention or theme might be, but if I were to choose one for myself, I might offer that it has something to do with the faces of Woman…those many presentations of identity that we see in our everyday lives, or maybe ones that transcend definition or explanation and exist in our species’ memories before words were known. 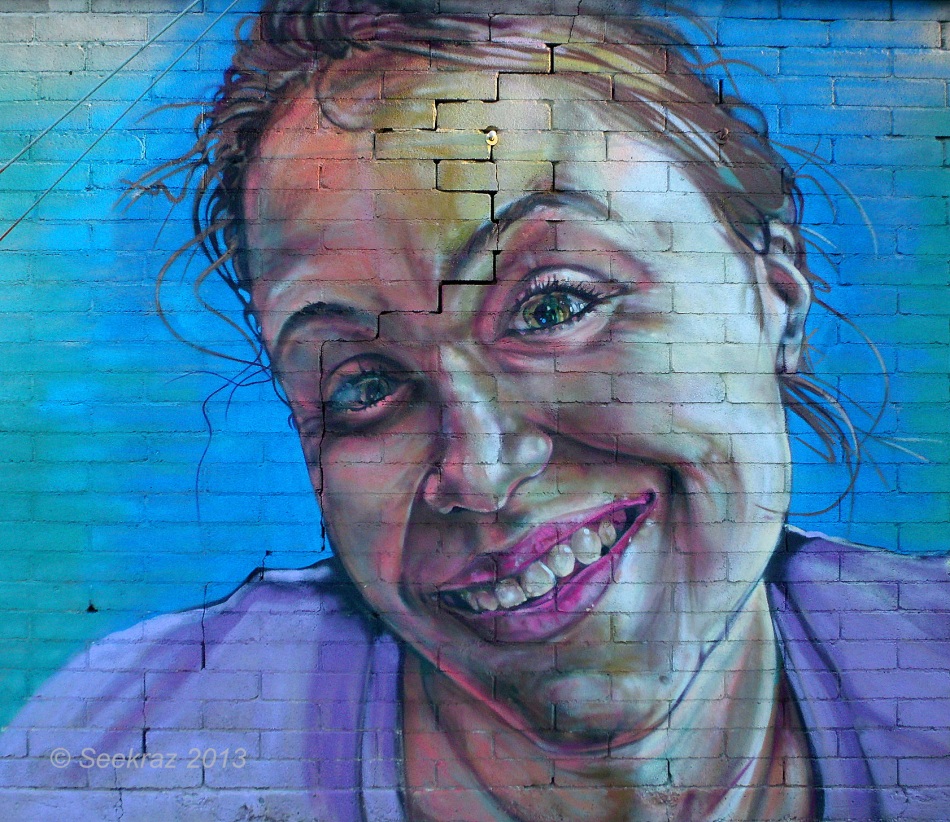 If you noticed the bit of script in the lower left-hand corner of the second image above, you might have been able to discern at least one name, possibly another one or two, of the artists who likely contributed to the mural.  The most notable name, to me anyway, is that of Kier, an artist whose work you can see in several of the other works that I’ve featured here in the City Paint Series, the first being “City Paint 3 – 2012…The End?” If you’re interested, you can click on that highlighted name and be taken back to the post to find another link that provides more info on Kier.

As I mentioned above, I believe the mural might not be complete yet.  To the right of the smiling woman, there is what appears to be the beginnings of another image, and still further to the right of that one, some black markings on the cinder-block wall that might be an outline of still another image.  I am curious to see how this one turns-out…and might even be so curious that I stop by the store to ask someone about the mural and to inquire about all of the artists involved in creating this work of art…..so stay-tuned for updates.

If you’d like to see the other City Paint images of street art and graffiti from around Salt Lake City, Utah, USA, you can scroll to the bottom of the page and click on the “Street Art – Graffiti” category to see all of them.  Thank you, again, for visiting…for spending a bit of your time with me.