In a comment on another post, I mentioned to Andy at LensScaper that I happened to see some artists painting murals that day…. 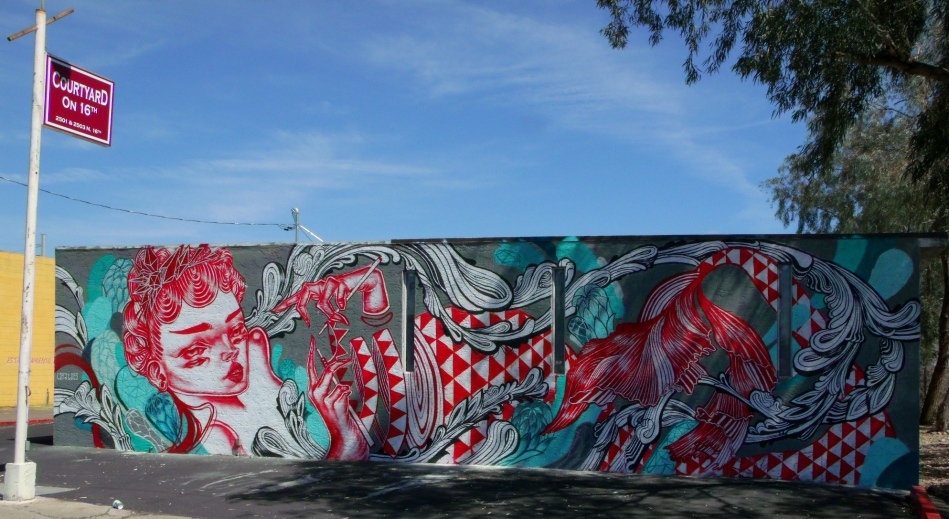 …and I said I’d be going back to capture some images of the work.  I didn’t get there the next day, like I had hoped, but I did manage to get there a little later when the mural was complete. 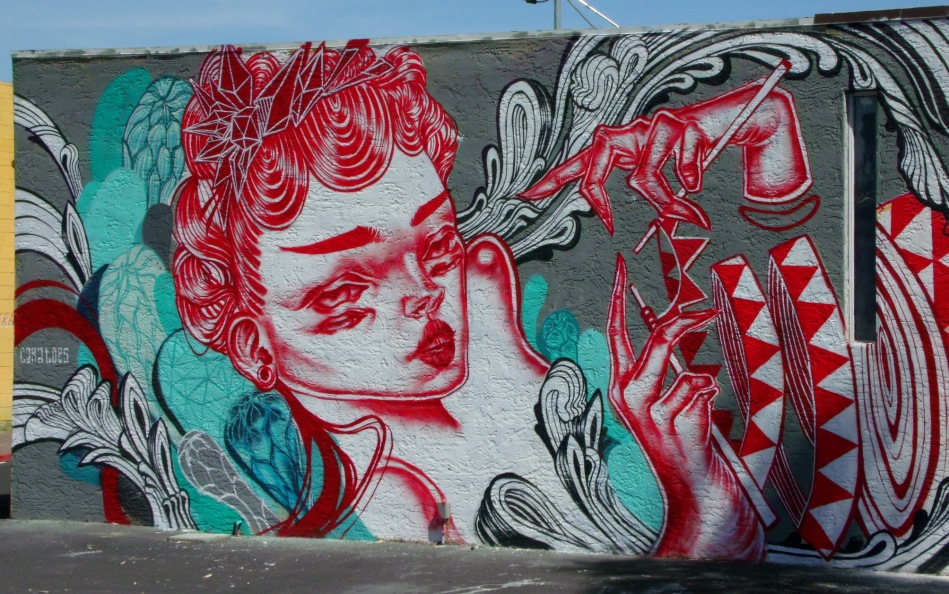 Coincidentally, the owner of the building (Joseph…or maybe it was James….?) was walking out to his vehicle as I was driving mine into the parking lot.  After asking if it was OK to be there on the property and make some photos, I asked the man if he knew anything about the mural.  He mentioned that an artist from Hong Kong was actually brought into town to create the mural as part of the Paint Phoenix 2015 paint festival….and that this is a mermaid weaving (knitting?) her tail.  Joseph also mentioned something about it being the subject of a Chinese myth, but maybe I misunderstood or got that part of the conversation mixed-up with another part in which he was discussing a Native American/Pacific Islander combination mural that’s on the other side of the building…which I shall be featuring here shortly.  And finally, Joseph/James, also told me about a couple of other locations nearby where I could find some wall murals painted by other artists who participated in the event…again…to be shown in another post.

To wrap-up the post, I’ve included a small gallery of some isolation images that you can click on to see in greater detail. 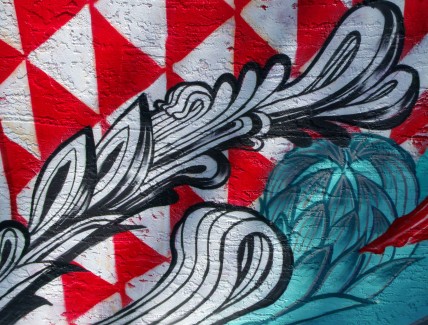 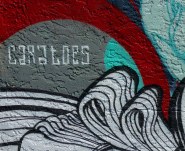 And as always, if you’d like to see more of the City Paint Phoenix posts, or even earlier images of street art in Salt Lake City, you can scroll to the bottom of the page and click on the Street Art – Graffiti title under the Categories widget to be taken to a continuous feed of the posts.