I’ve shared several posts with images that I’ve made while hiking the Black Canyon Trail, here in the Arizona Sonora Desert, just north of Phoenix.  If you’d like more information on the trail system itself, you can click on the highlighted name to be taken to the home-page.  There are something like thirteen sections that cover approximately 78 miles of scenic desert trail leading from the Carefree Highway, just down the road from my house, all the way up to highway 69, just north of Mayer.

This post pertains to the area that I covered during my ninth hike on the Black Canyon Trail (BCT), the Drinking Snake segment, which, if you care to look at a map of roughly central Arizona, you will find six miles north and west of Interstate 17 and Bloody Basin Road (exit 259)…and for those further interested, or even mildly curious, I did not encounter either a drinking snake or a bloody basin…. 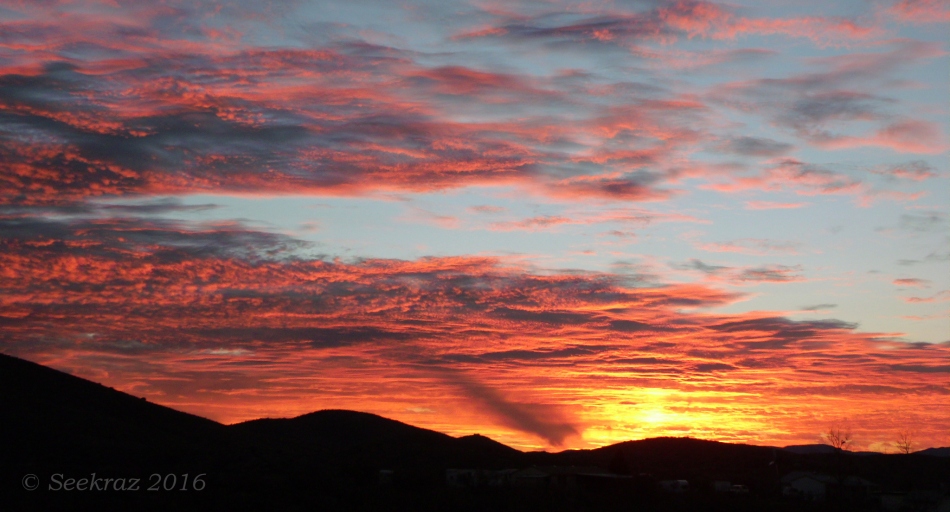 I was still about three miles from the trailhead when I was compelled by the beautiful sky to stop and make some photographs.  The above image is from 7:28 am., about 12 minutes before the one below, taken from the trailhead parking lot. 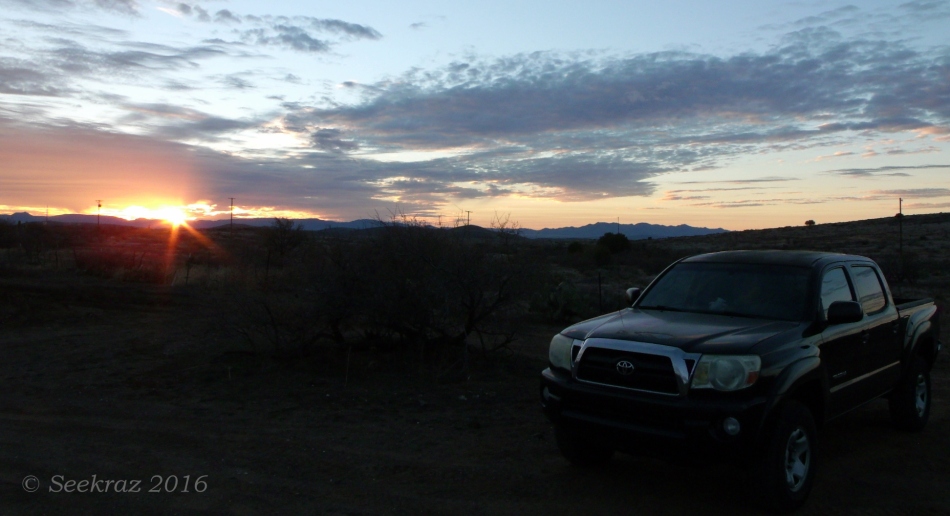 I can’t think of a reason to share a photo of my truck here on the blog, so just forget that it’s there.  I always take a photo of the truck at the start and end of my hikes to mark the time…that’s all…and given where the sun is located in this particular image, I figured (when I made it) that the sun would wash-out the image, but it would still show the truck and mark the time.  When I returned home and found that it was actually a rather nice image of the sun just peeking over the horizon, I had to do more with it than just leave it in the folder.  Anyway….I was happy that my point-and-shoot captured an uncharacteristically clear and aesthetically pleasing image of the moment of sunrise at 7:40 am. 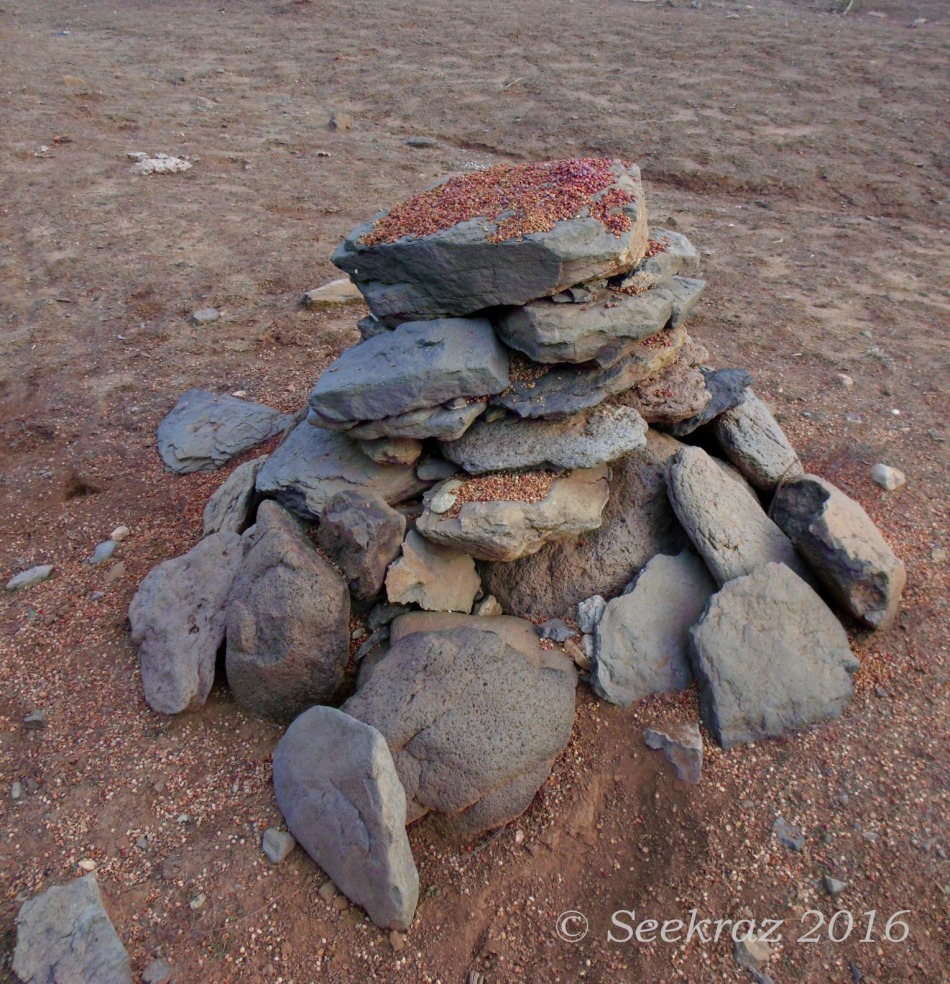 As you will notice as you scroll further into the post, and possibly remember or reflect on the desert images from earlier postings, the landscape I encountered on this hike was markedly different from what I found on other outings.  The first example of that difference was in the juniper trees that appeared in clumps and in singular instances along the trail and out on the rolling hills and plains.  The cairn above appeared to be a tabletop for some creature that thrives on the juniper berries.  I found a handful of other locations along this first part of the trail that appeared to be similar feeding stations. 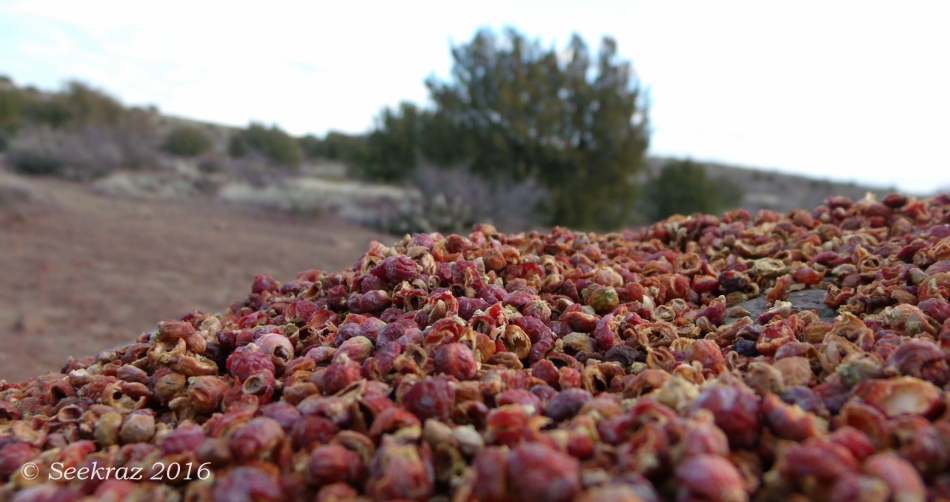 A reliable website that I frequent when researching various hikes, Arizona Hiking, indicates that the elevation of the Drinking Snake segment ranges between about 3,900 and 4,300 feet, which is a significant enough increase in elevation to effect the types and kinds of cactus and other desert/high-desert vegetation that can live there.

The weather report for the area said that it was going to be a partly to mostly cloudy day…but it was a bit different during the time I was out on the trail.  There were beautiful clouds for sunrise and the next hour or two, but the earlier winds seemed to have removed them for mid-day and early afternoon. 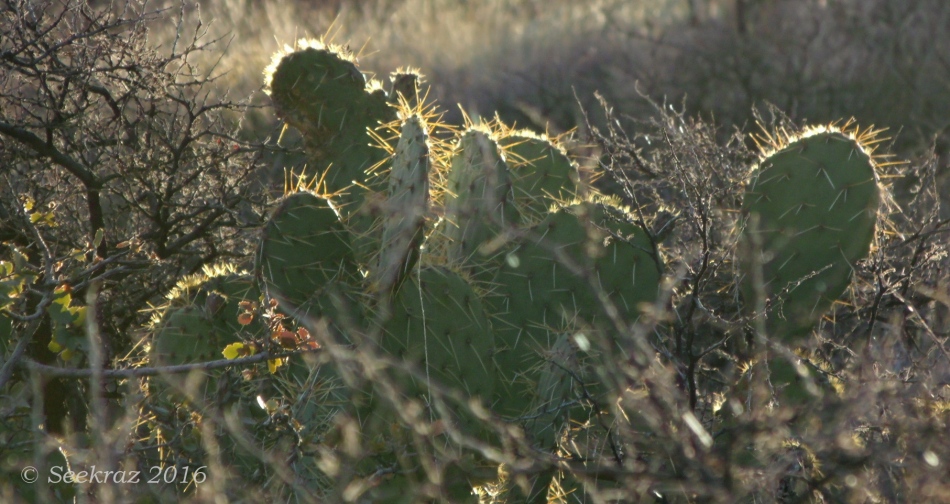 I love to hike in the mornings…aside from there being many fewer people out hiking or riding their trail bikes, the rising sun plays wonderfully on the cactus spines and grasses that I normally find along the way. 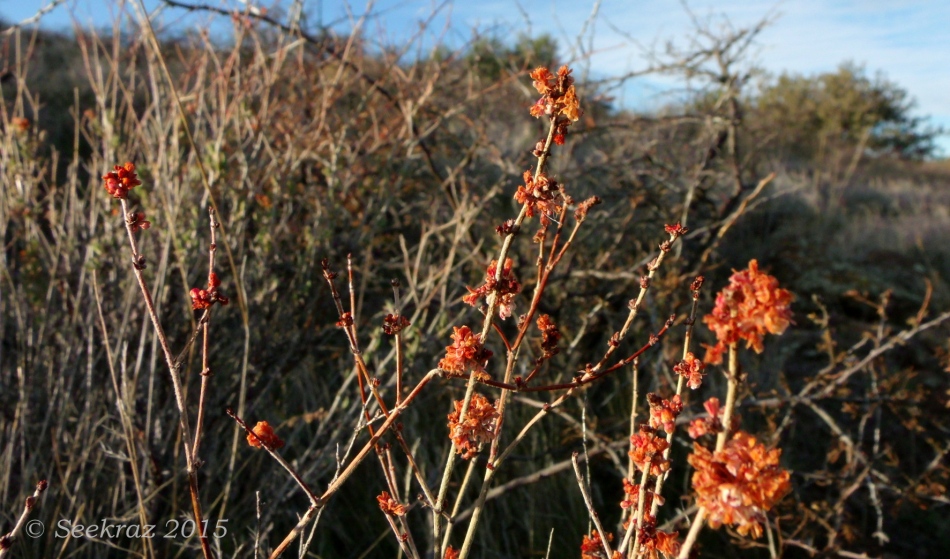 The below photo is a bit darker than I would prefer, but it still gives you an idea of the grassland and the different type of shrubs…the singular yucca with its multi-podded antennae, the juniper off to the right, and, of course, the few groupings of the ubiquitous Prickly Pear cactus….and the fence…. 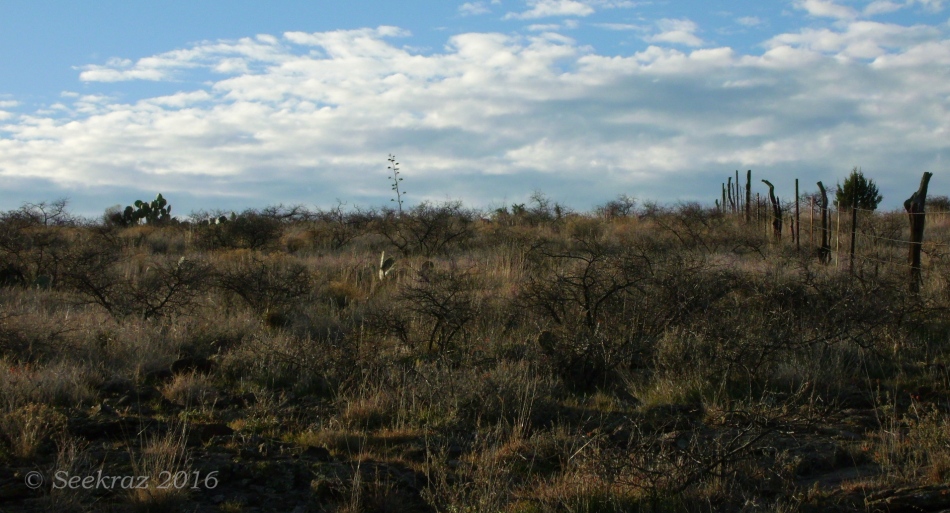 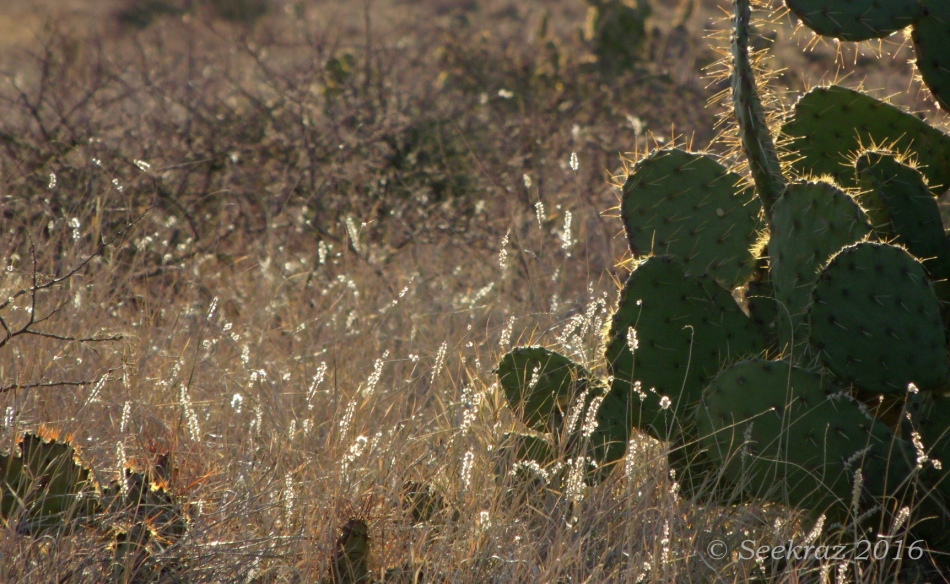 …a different variety of the Prickly Pear cactus…and seed-heads… 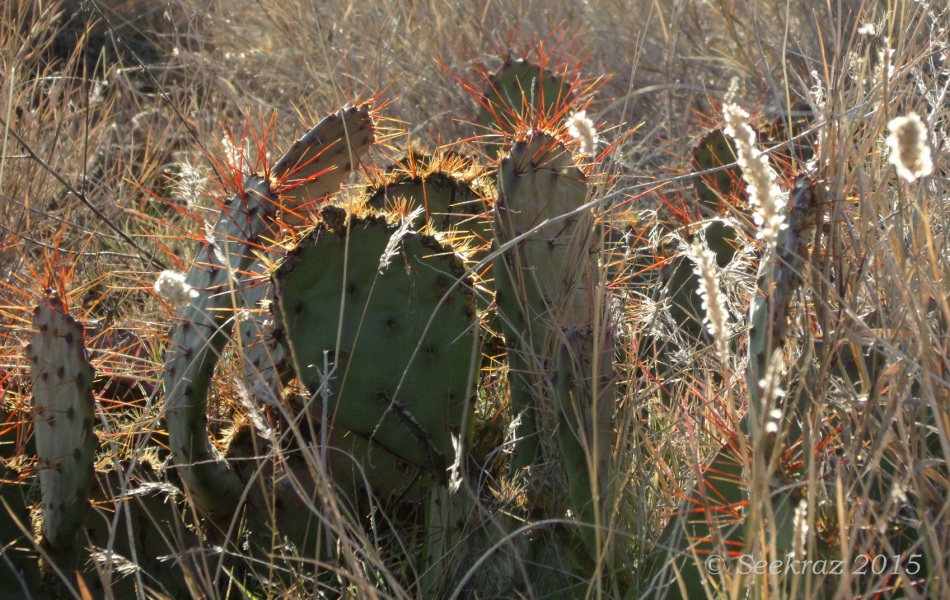 …a nearly heart-shaped lobe of cactus… 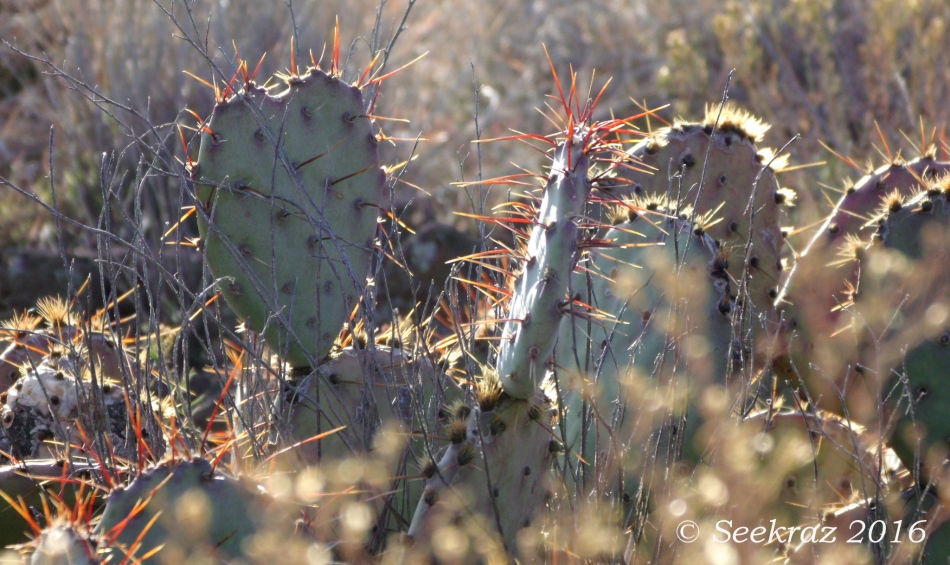 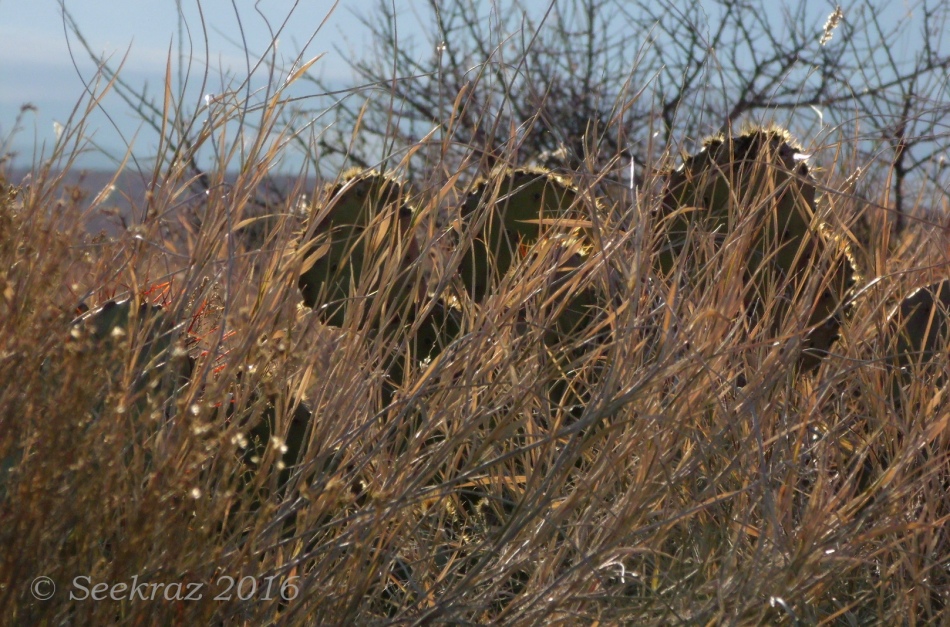 …and some kind of wildflower left-overs among the cacti…. 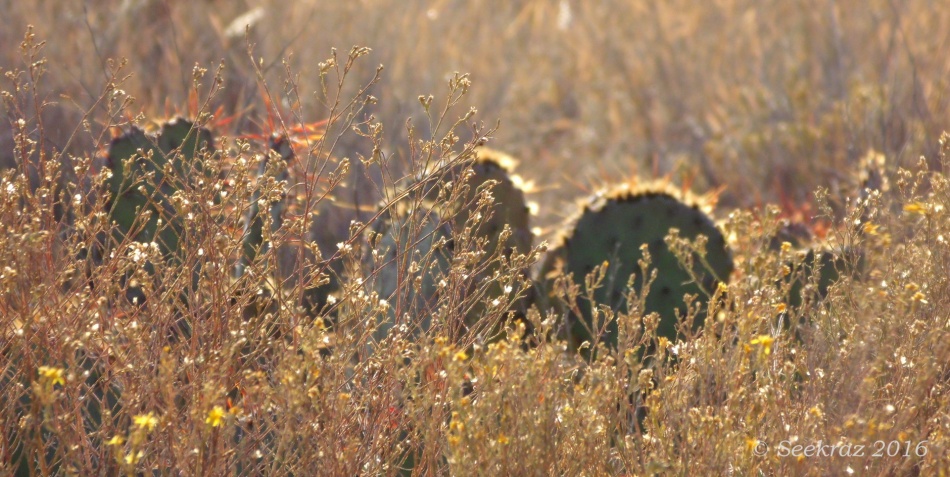 Looking toward the southwest, but mostly west, we can begin to see more of the Bradshaw Mountains…beyond the rising, grassy plain… 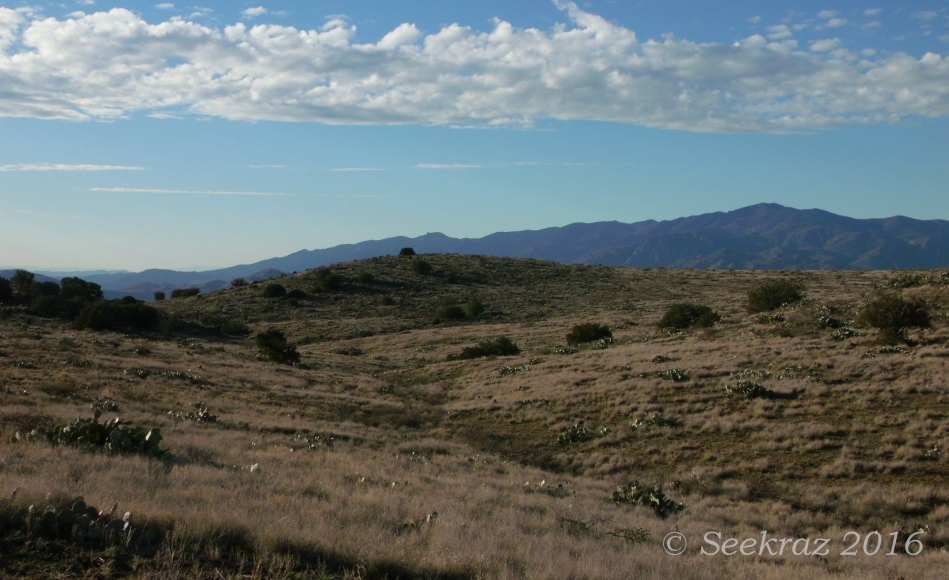 …and looking behind us, the direction from which we came, we can see the flatter grassland and those fading clouds…. 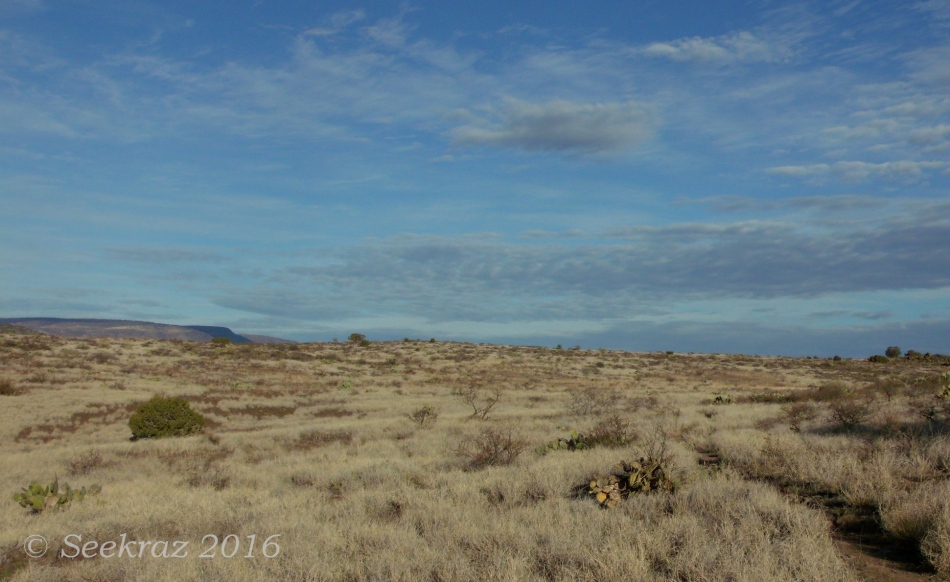 A few minutes later, the trail turned a bit toward the east, still going south, though, so the mountains out in the beyond are not the Bradshaws…but possibly the New River Mountains…I’m not sure. 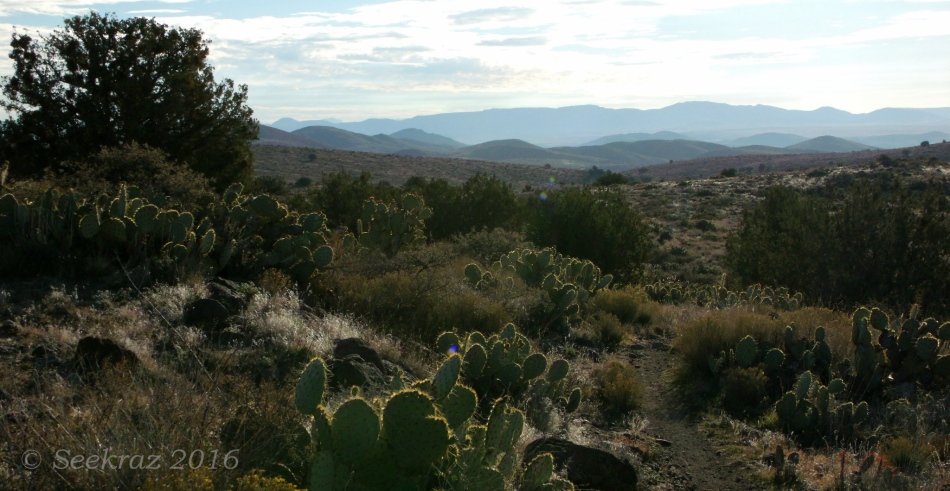 The online resources indicate that this watering hole and windmill are at 2.8 miles into the hike…but they didn’t say anything about the clatter and racket from the blades, or the sound of the wind in the air and among the grasses…. 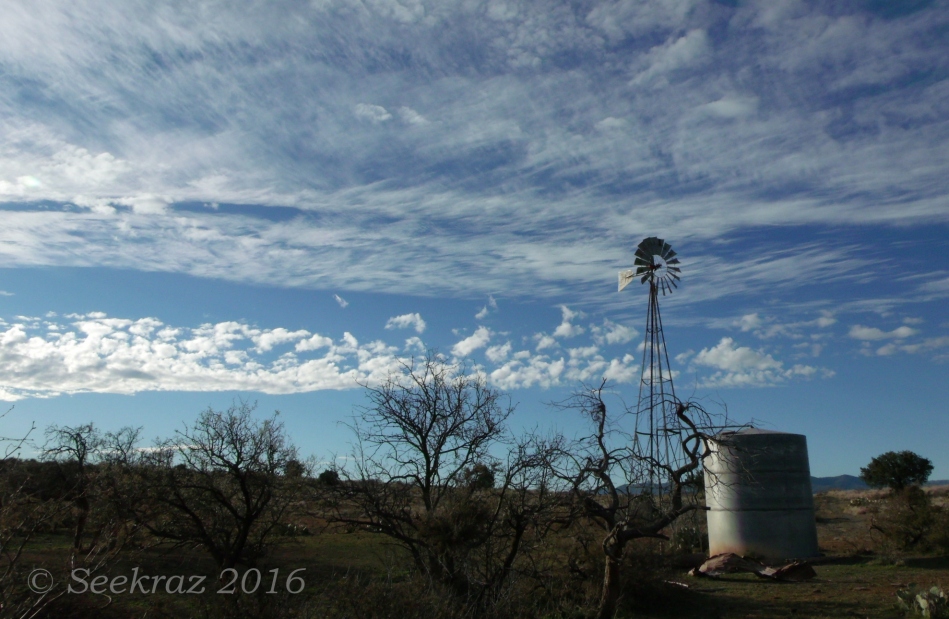 Those are the Bradshaw Mountains off in the distance…and I believe this little draw area in the foreground might be the drainage of Antelope Creek….  The section of the trail just south of this Drinking Snake segment is named after Antelope Creek…and this bit of landscape is in the right spot to be such a named thing…. 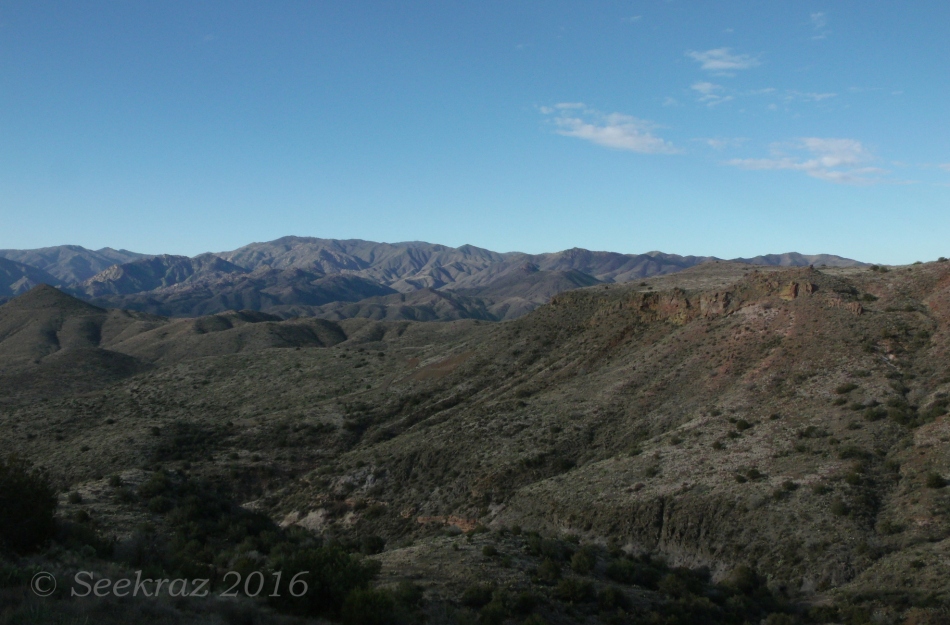 And this next image is looking east again, with a bit of south in it, as well…with a couple of horses and mountain silhouettes, cacti…and the ever grasses…. 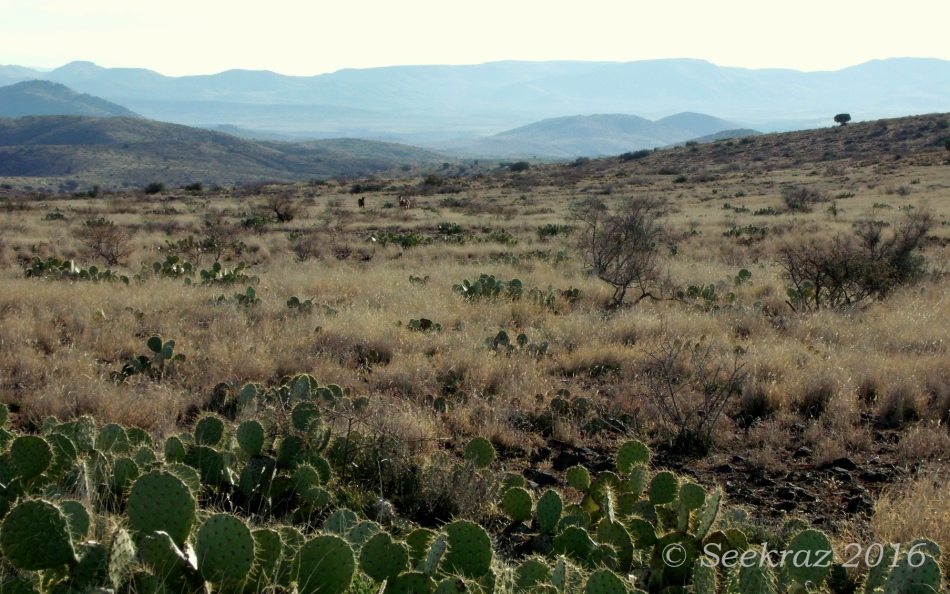 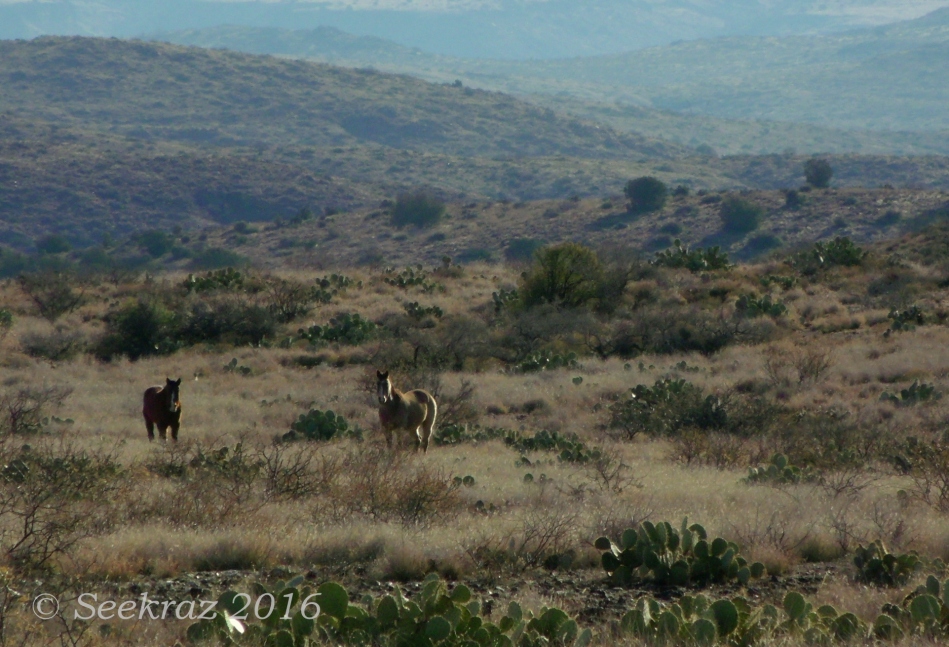 …and a bit farther away, too, from a slightly higher elevation and further down the trail where you can see a greater spread of the land. 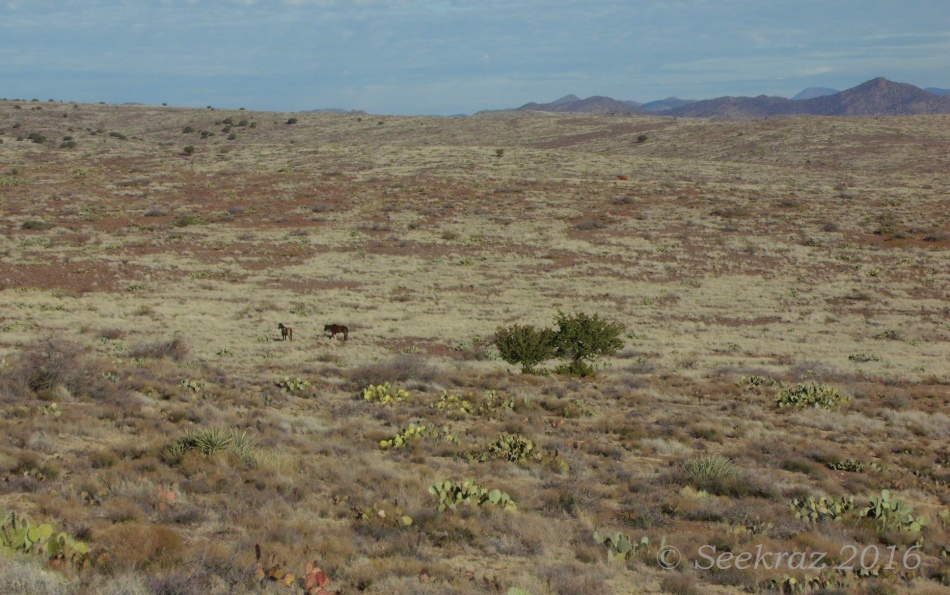 We’ve already seen a different presentation of this next image…it’s the same bit of ground as the one where the horses first appeared…but we’re closer now. 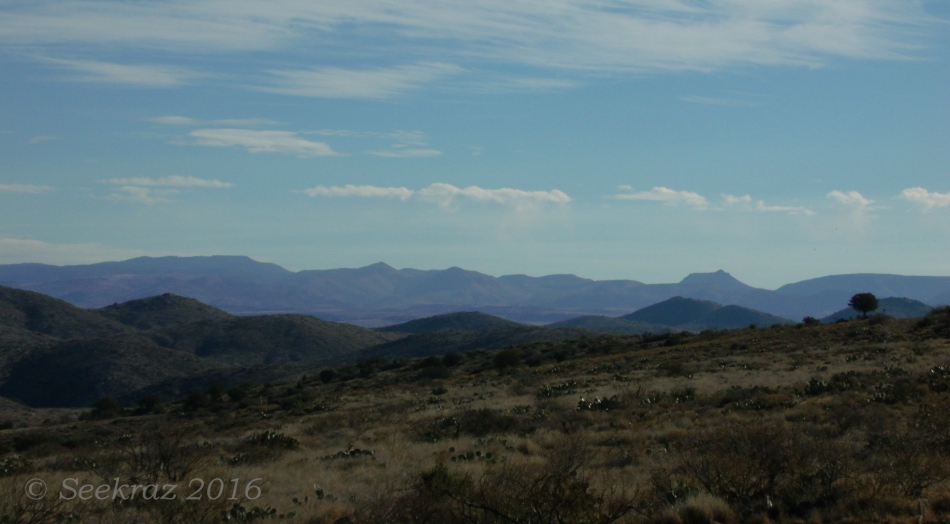 The Drinking Snake segment of the Black Canyon Trail actually ends right there at that lone tree in the upper image.  Just beyond that spot is a graded road…Forest Road 259, or Antelope Creek Road….the northern starting place for that next section of the trail that I mentioned above.  I’m not sure how long that stretch of the trail is, but it will join up with the segment that we visited a while earlier when we went north from Bumble Bee Road…back in July.

I made this last image toward the very end, actually the very middle, of my hike…my turning-around point.  It’s about 0.8 miles into the next section of the trail that is south of the Drinking Snake segment.  I hadn’t explored this bit of ground on the map before heading out…and hadn’t indicated (on the note I left taped to the fridge at home) that I was going further, so it was a good spot to sit and have a snack before heading back to the truck. 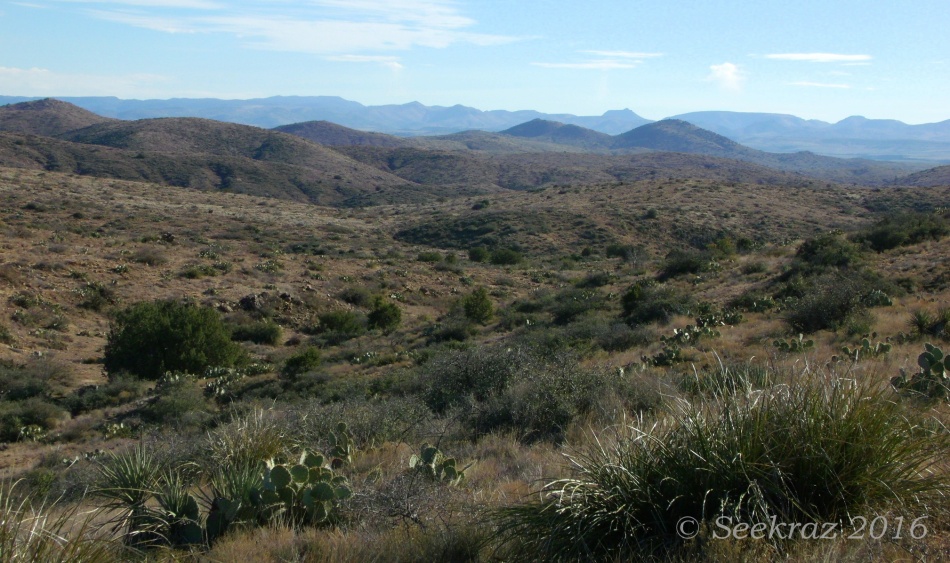 So…that was another almost six miles of the Black Canyon Trail…shown in chronological order from the starting sunrise to the point of return.  Thank you for joining me on the hike.  I hoped you enjoyed this latest glimpse of the Arizona Sonora Desert….