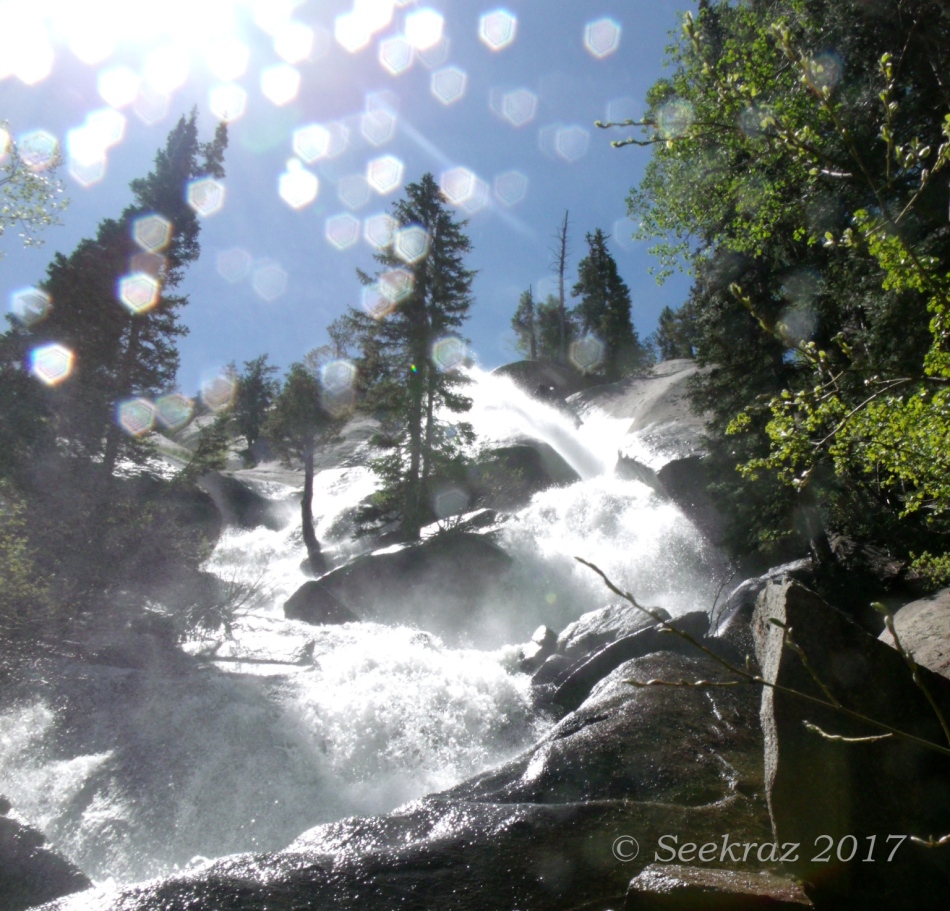 It was five months ago yesterday that I took the hike and made these photos, so I should probably finish the series and post the images that have been sitting here in draft form since February… 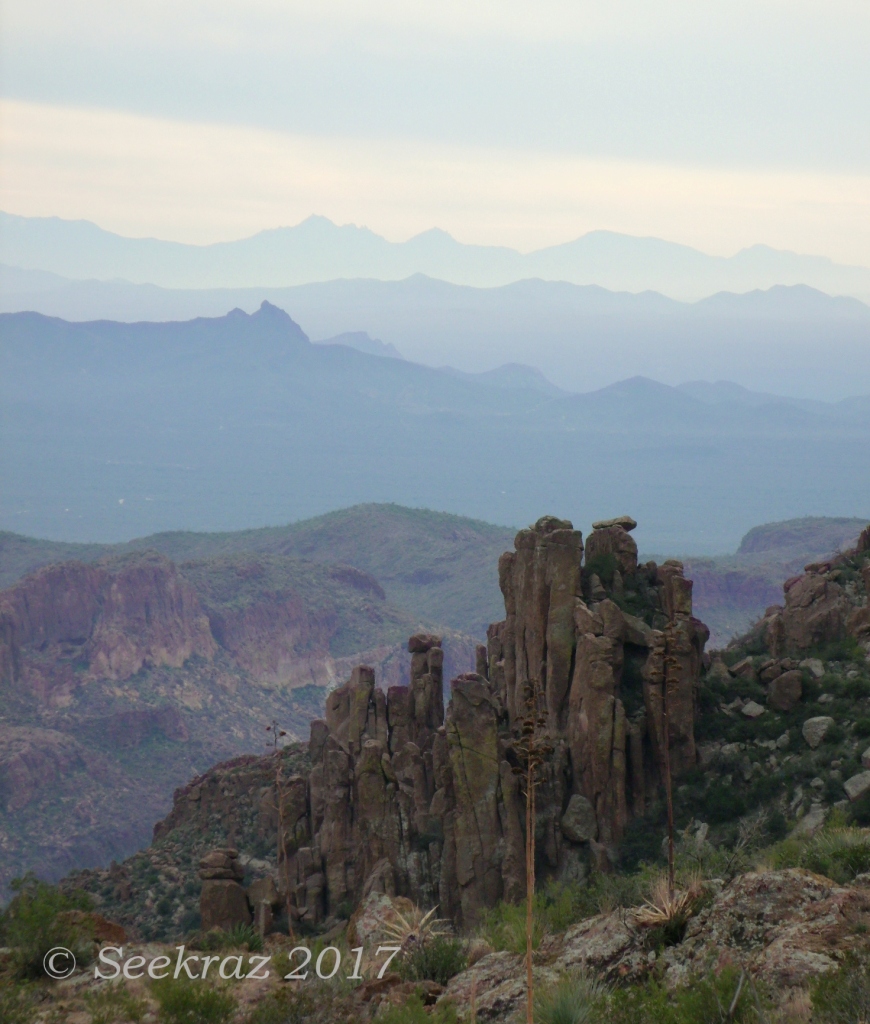 On the level trail now, still looking at the southern aspect of the Needle…in among the rich desert foliage that was largely unfamiliar to me, but contained some type of willow, mesquite, and occasional palo-verde.

It had rained earlier in the week and the park ranger said all the streams had stopped flowing.  The rushing course had stopped, but the water was still seeping slowly in the deeper parts of the canyon, still moving enough that I could hear the occasional trickling that seemed so out of place in my surroundings. 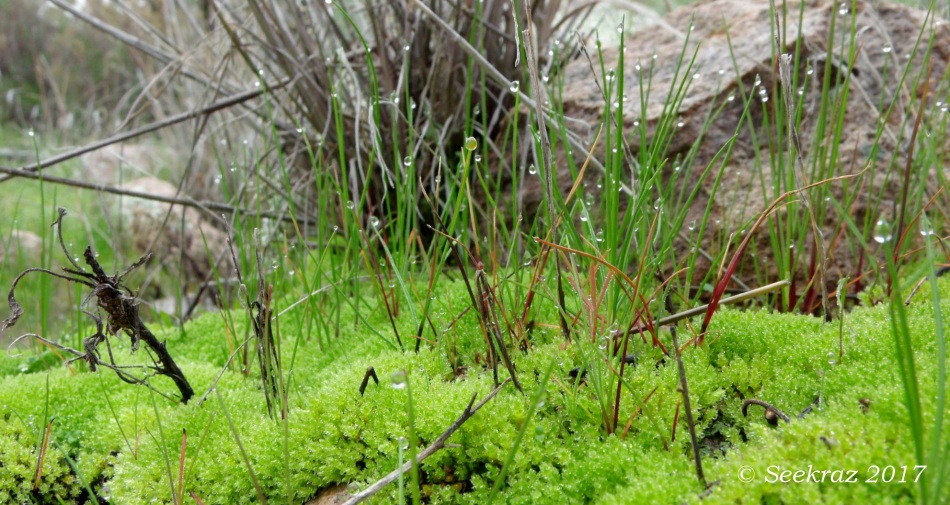 The desert is not all dessication and waste…. 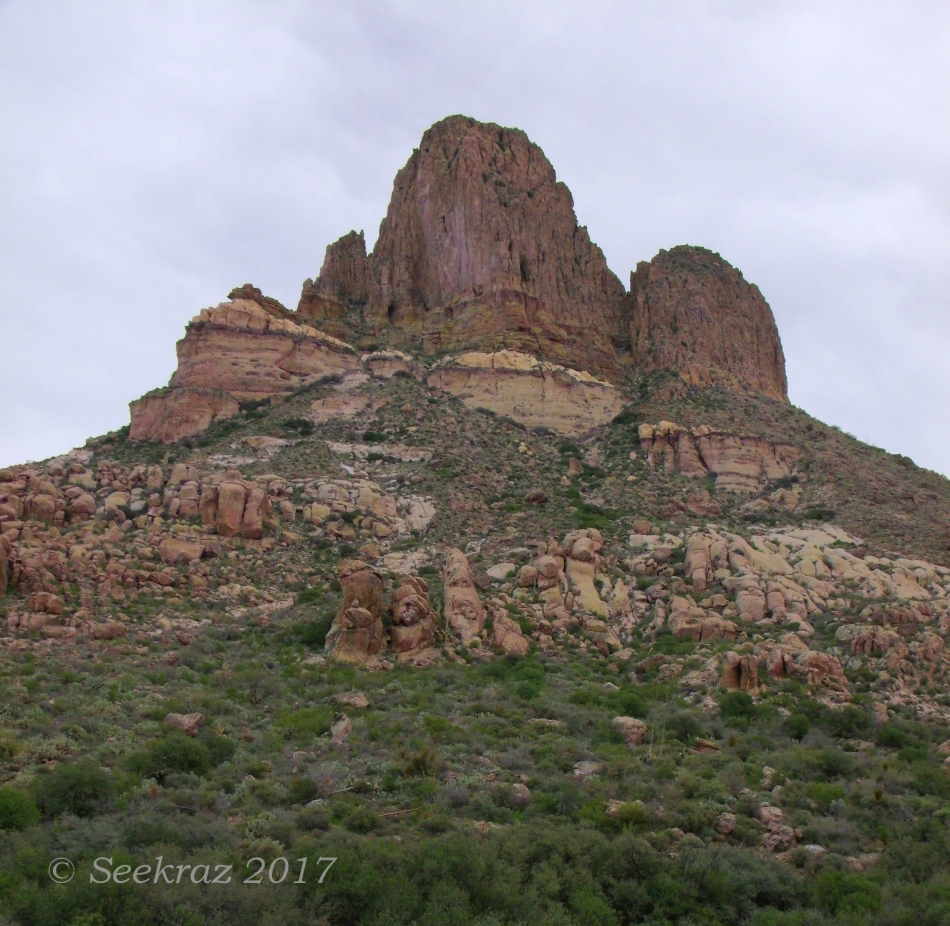 If I had more time, I would have enjoyed climbing the hill, walking around the Needle, and capturing some images of what the prominence looked-like up close and personal.

Looking at Weaver’s Needle from the north…the Fremont Saddle is reached by going back through that rich path of green toward the right and climbing the switchback trail up to the lower portion of the horizon just below the patch of blue in the photo above.

Clearing skies on the way back…looking toward the north… 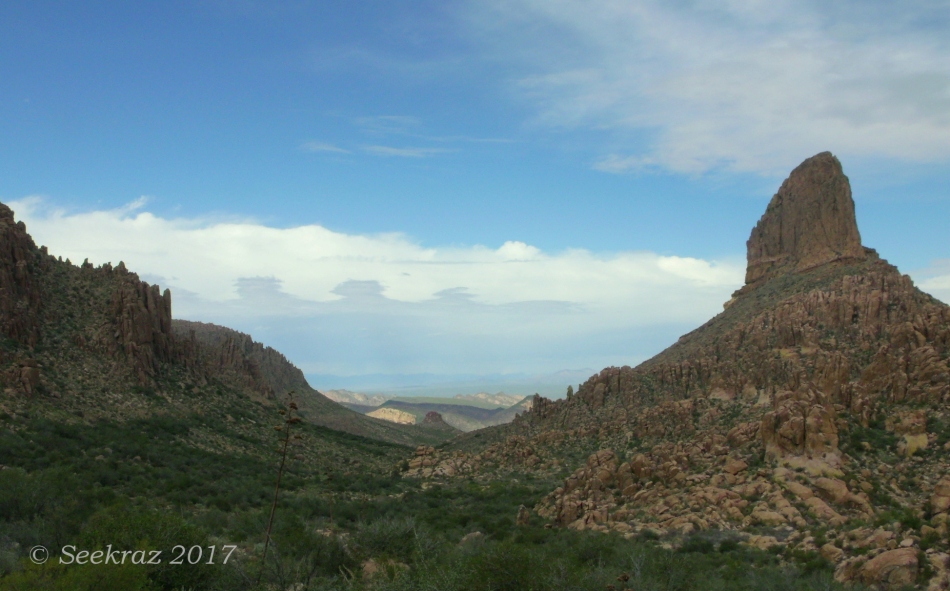 And then the broader view, looking north again, from the beginning of the switchback trail leading up to the Fremont Saddle.

One of the last photos I made of the hike back, heading down the trail from the Saddle, through the “hordes” of other hikers making their way up to it; I stopped to capture an image of the rolling purple waves of the Superstition Mountains…and the Tolkienesque sandstone spires that adorned the ridge of the western aspect of Peralta Canyon.

If you’d like to take another look at the earlier two posts on the Peralta Trail, you can click here and here.

As always…thank you for visiting.  I hope you enjoyed the little glimpse into Arizona’s Superstition Mountains. 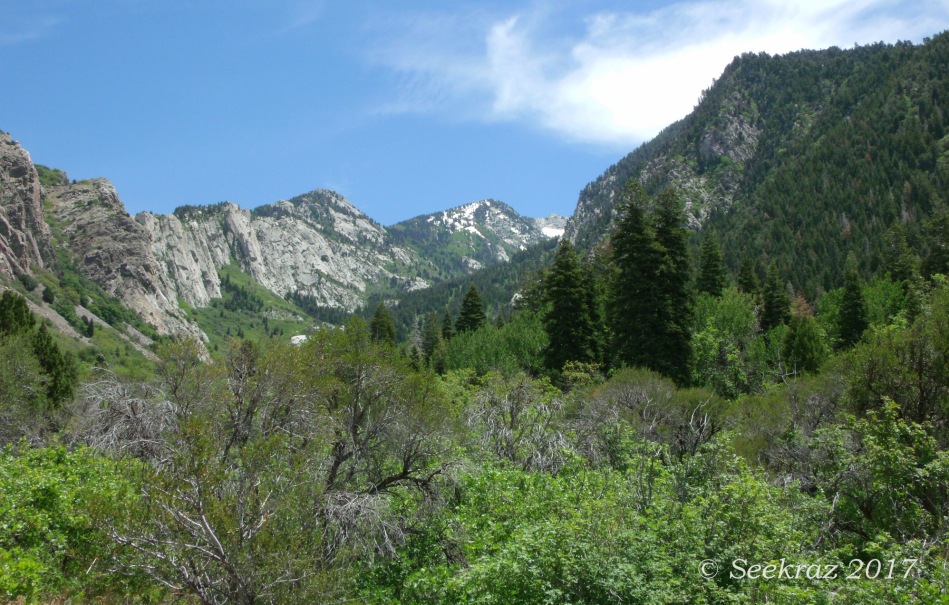 On the trail to Lake Blanche and the other Sister Lakes in the Wasatch Mountains of Utah.  An image to take one away…to another place and time…another existence or life, even…so it might seem.