Myrtle Spurge…and moments of a day….

It is almost as if I had been a child again, out exploring unknown and unsanctioned regions, far from home and the general safety that accompanies being in a place so named, a place where there were expectations and things that could be anticipated, good or not.  I was out in an area that had at least an essence of wildness and things not seen before, things not encountered previously other than in imagination or wonder, in an area that was not touched by expectations or any anticipation other than the ones that compelled me to be there to begin with.  Memories of my childhood situated me along slow-moving streams where the water was clear enough to see crawdads sitting motionless and tucked up under various shades of brown and gray rocks on the bottom, where my arms would be unknowingly scraped and sliced with moving among the tall reeds and brush that I had to penetrate to make it down to the stream, standing along the inside of a bay where I imagined that I could see dolphins’ and sharks’ fins cutting through the smooth or choppy water while military jets soared overhead, and where my presence in that other world was a welcome escape from the one where things were known and anticipated.  I find images in my mind, too, of old country roads with black and red raspberry bushes growing in hedge-form on the other sides of ditches that separated grassy fields of Dandelions and Queen Anne’s Lace growing in wild profusion…a road leading to a ruined castle, or another one or two that carried me to a sportsplatz and a logger’s camp in the deep pine forest…roads and pathways that led to places crammed full of a child’s joy in being out and away. 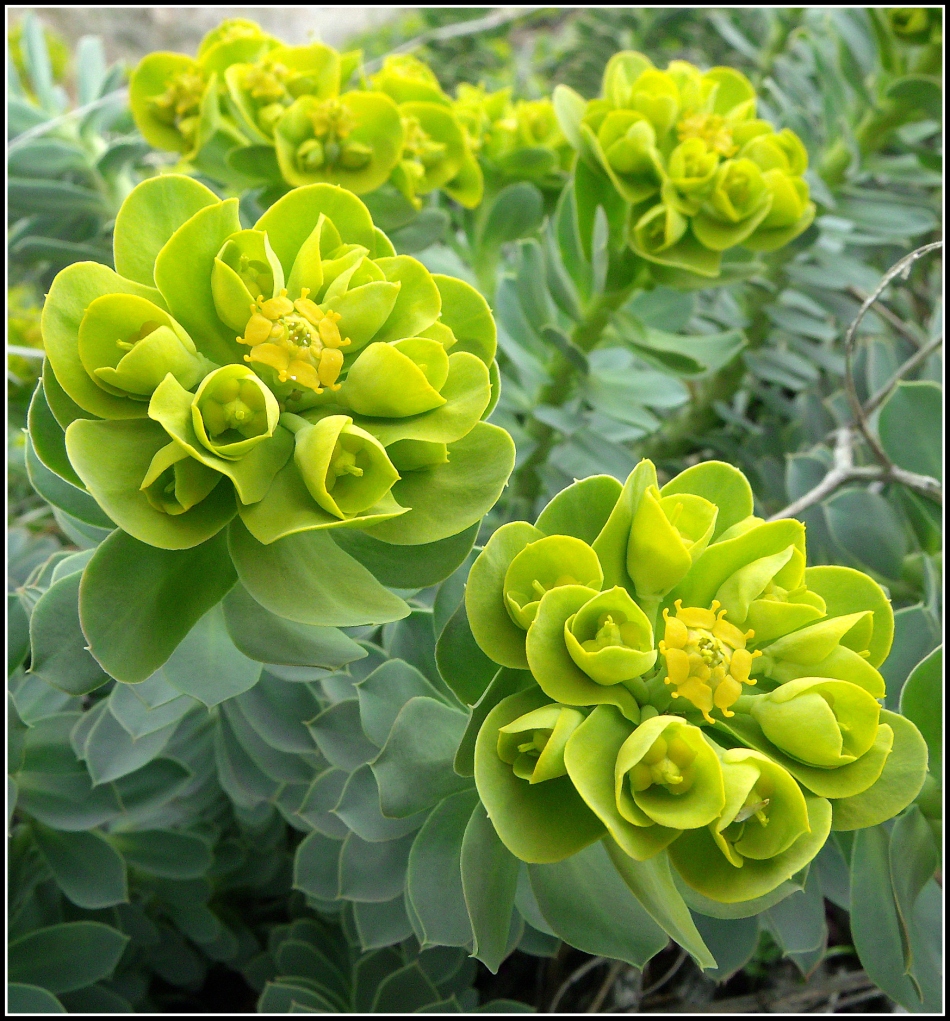 I had thought of those things then and now as I recount the day that I noticed the bright groundcover on a berm that we had to cross to make our way down to the lake…two hundred yards or more between where we parked and where we were intent on going.  The tightness of the leaves and the tiny cups of bright green, the inhospitable looking soil where they seemed to thrive, and the image of the lake and the snow-capped mountains beyond…all things noted and tucked away…stored now with what must be emotions or sensations of peace, contentment, and real happiness…a word that I don’t often use because the gap between perception and experience has been so wide.  But that’s where those memories are now, the lake and the mountains and the myrtle spurge and the company of my son…they are enveloped in a spot of truly happy serenity back there in the memory files somewhere. 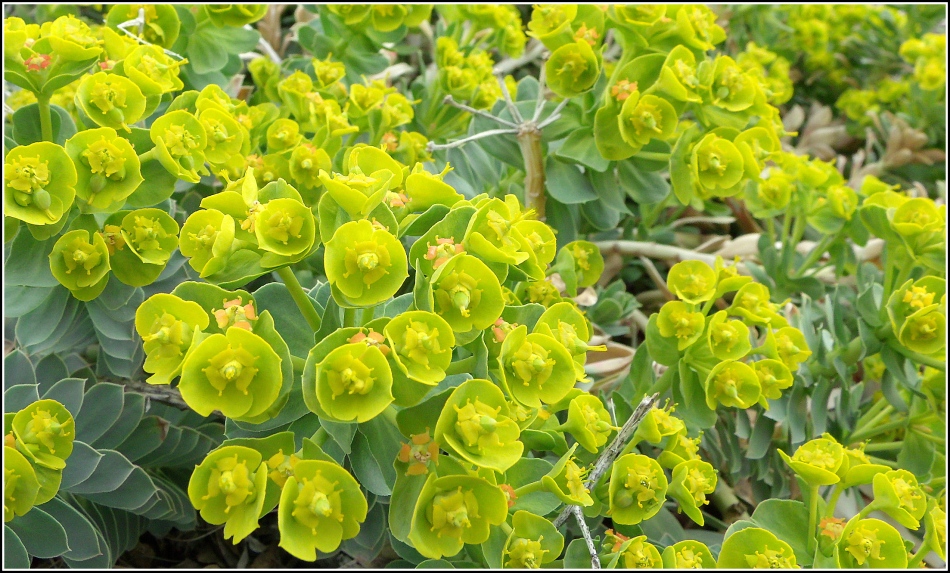