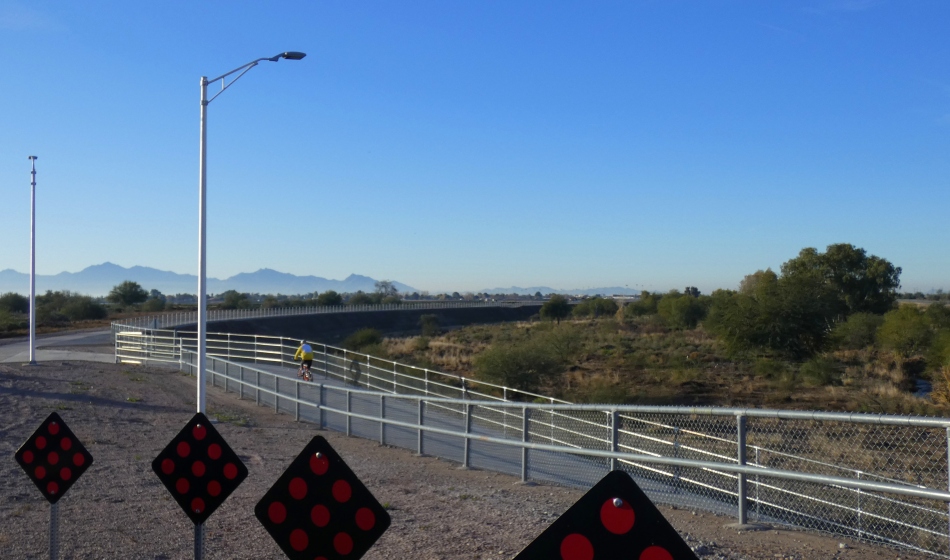 I cross a bridge on my way to work every morning that spans a desert river that was a mere stream when I encountered it on January 5th of this year.

At this particular location, the river runs between the Glendale Municipal Airport to the west and the Arizona Cardinals’ stadium to the east….

…so it’s not exactly far away from anything civilized…and one might even suggest that it’s still smack-dab in the middle of it all.

I “had” to hop the fence that you might have noticed in the very first photo above.  I wanted to walk and explore along the actual river, so I had to get away from the cemented and fenced bike and walking path.  It was only upon my return to the walkway that I noticed the No Trespassing sign with its warning of prosecution, fines, and jail time.  Good grief.

Anyway, I found a free-flowing river, of sorts, one that happened to still be alive and moving in the desert.  I’m not sure how much of it will still be around come summer, but it was pleasant enough during my few hours out there.

One might consider that the riparian vegetation and bird life was enough to make this something approaching “wild.”

When we look closely we can see microcosms of life beneath the desert trees; we can see the tiny flora that can’t help but enrich the soil of the waterway.

There was an unexpected diversity of riparian trees, bushes, grasses, and other assorted growing stuff along the way.

You may already know of my admiration for dew drops on morning desert grasses….

It was almost easy to forget that I was close to an airport and football stadium when I didn’t look around or hear an aircraft overhead.

I’m not sure of the particular variety, but there were many cottonwood trees along the waterway.

And even a fairly grand assortment of bird-life, as well (more to be highlighted in a following post). 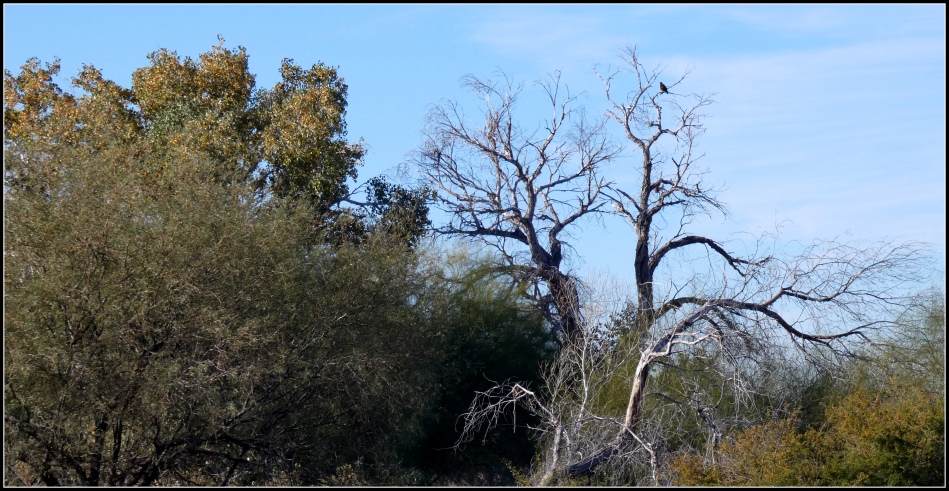 Even a richness in the winter-colored ground-cover…. 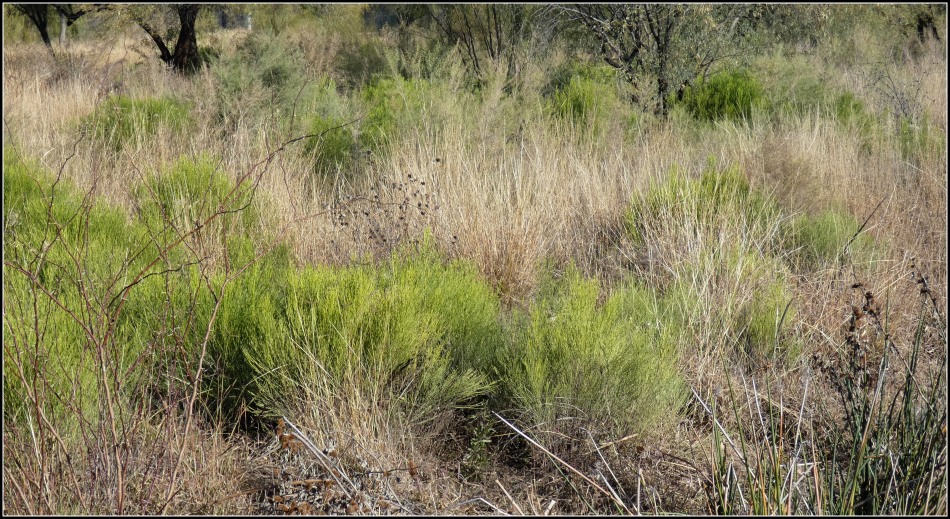 I don’t know what they’re called, but I think they’re fascinating little Japanese lantern type things that I found in only one spot along the river.

After going south and exploring close to a mile along the waterway, I encountered a significantly boggy stretch of ground that would have prevented me from keeping my boots dry if I continued heading in that direction.

So I went back north and past the roadway that I drive every morning, under the overpass, and into another stretch of the riparian wilderness that was more densely packed with trees and reeds and tall wild grasses and other thriving things.  I had to skirt quite a bit of the more slowly moving water and take a broader view of the area. 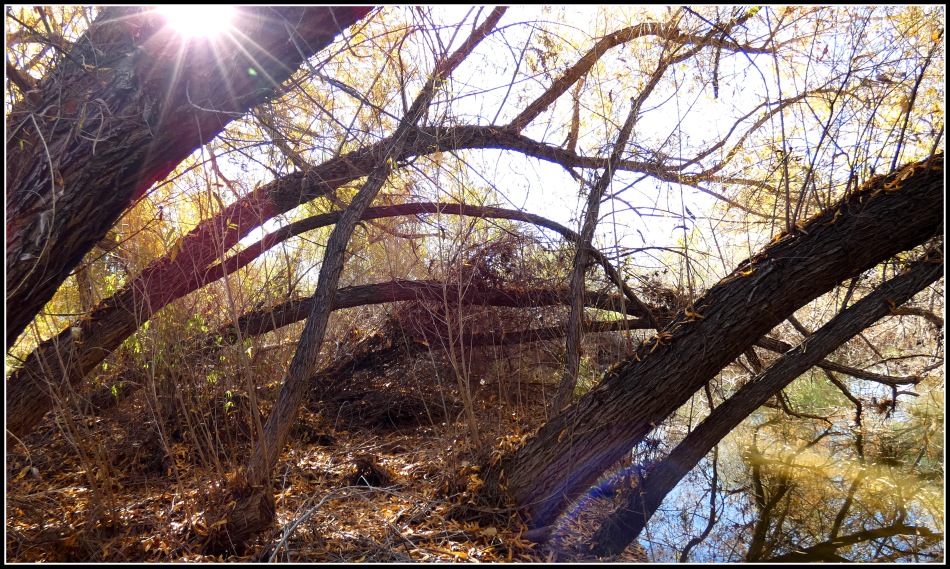 I finally made it close enough to the water and found the above setting; it was almost like being under a forest canopy.

A final image of the New River plant life.