Wow….I guess it’s been a while since I posted the beginning of this mural in City Paint 12.1 – 2020…Perfect Vision.  I had stopped-by and taken photos of the progress on another four occasions, but had not managed to get it all together in posts to show the work…so here we are, ten months later (Really?!) and I’m just now sharing the end result…and as chance/fate would have it, this mural has already been covered and work is being done on a new one.  Stay tuned…. 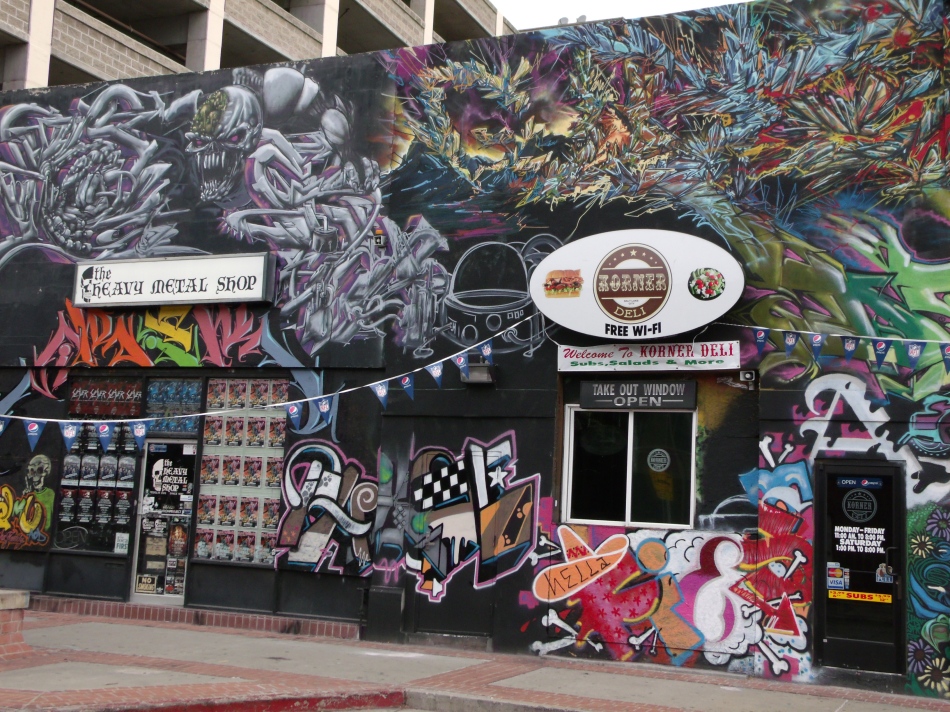 …and to the far right in the next image below…three panels depicting a perfect vision for the future…maybe…hoping that we can see as clearly….? 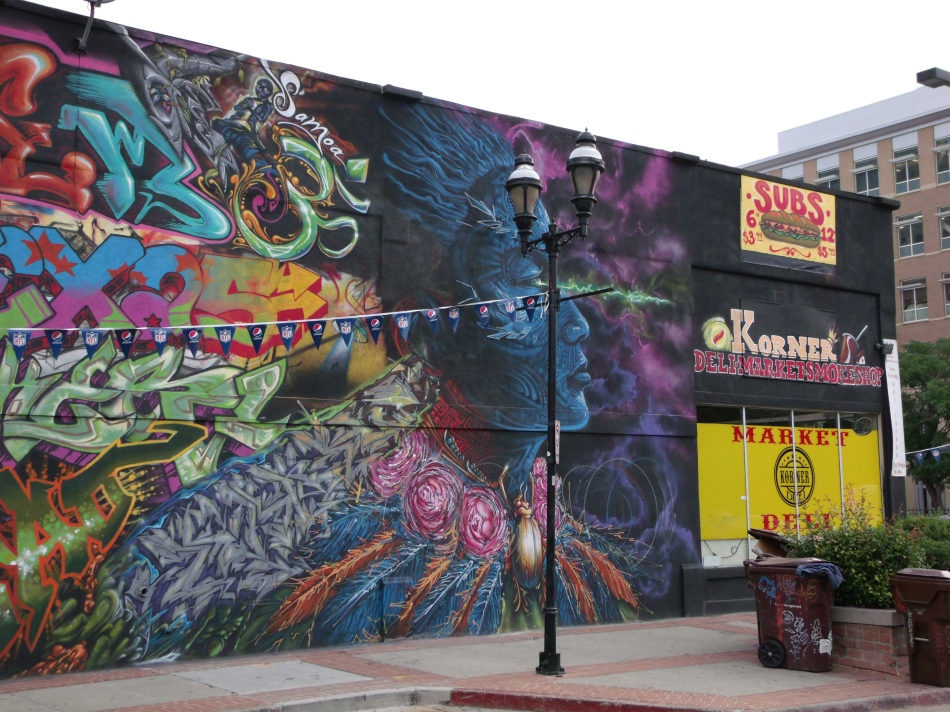 I’ve also provided a handful of close-up images to demonstrate the detail…to show the brush-strokes of the spray-painted mural.

I do know that parts of the mural were, indeed, spray-painted, as I’ve shared in the first post…but, I am not sure if the individual artists who contributed to the greater image used brushes or not.  If you remember the western mural that I shared in City Paint 6.5, you might also recall the images of the artist using an actual brush.

When sharing other artists’ work in these and other images, I attempt to give credit where it is due.  I do not know all of the artists’ names who participated in creating this huge mural, but I do know that Kier Defstar played a significant role, as I was so informed by the Korner Market staff when I inquired about the 2012 mural in City Paint 3.

If you look closely at the various images, you will be able to see other names, as well….  I have heard about some of these other artists and have only seen the names of still others of them…but here they are: Brute, Amer, Mark’s Ark, Aloha Family, Marlee, Lost Art, and Sily.  If there are other artists who worked on the mural, I apologize for not naming them…I simply don’t know who they are right now.  With any luck (?), some of the other artists might happen across the images on my blog and let me know that they, too, contributed to the masterpiece…….it’s happened before…… 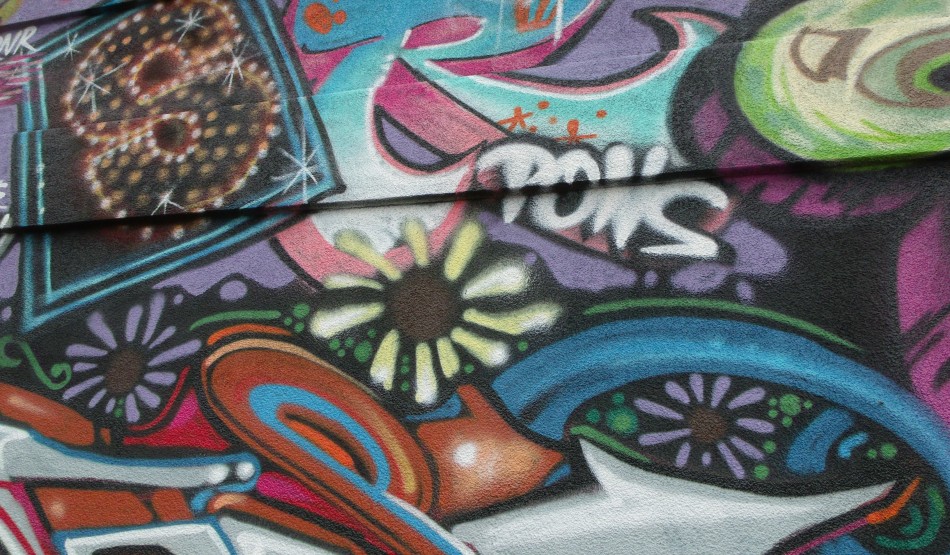 I have offered that the Aloha Family is a group of artists, simply because it appears in the below photo that they are…possibly the individual artists’ names are here, too?

And maybe this is another artist’s signature?

Is the space-ship preparing to kidnap a large cat in the image below?  I’m not sure…but I do love the detail on the woman’s portrait…. 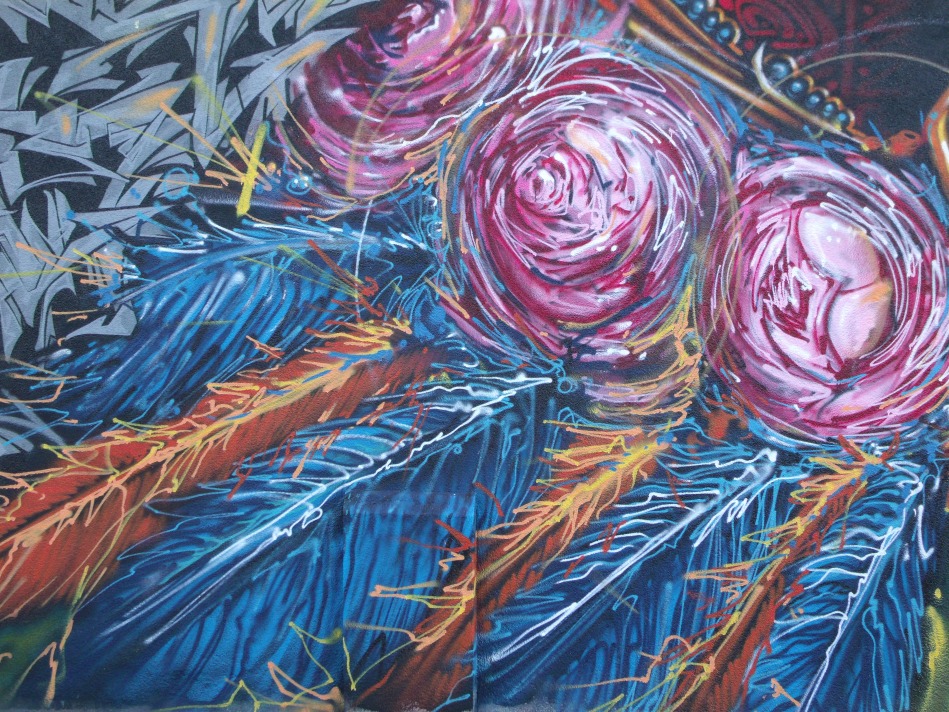 And finally, what I understand to be the centerpiece of the mural, the exotic woman looking into and maybe even divining the future…she appears to be a mixture of the various phenotypes of our human species…intelligent, strong, beautiful…… 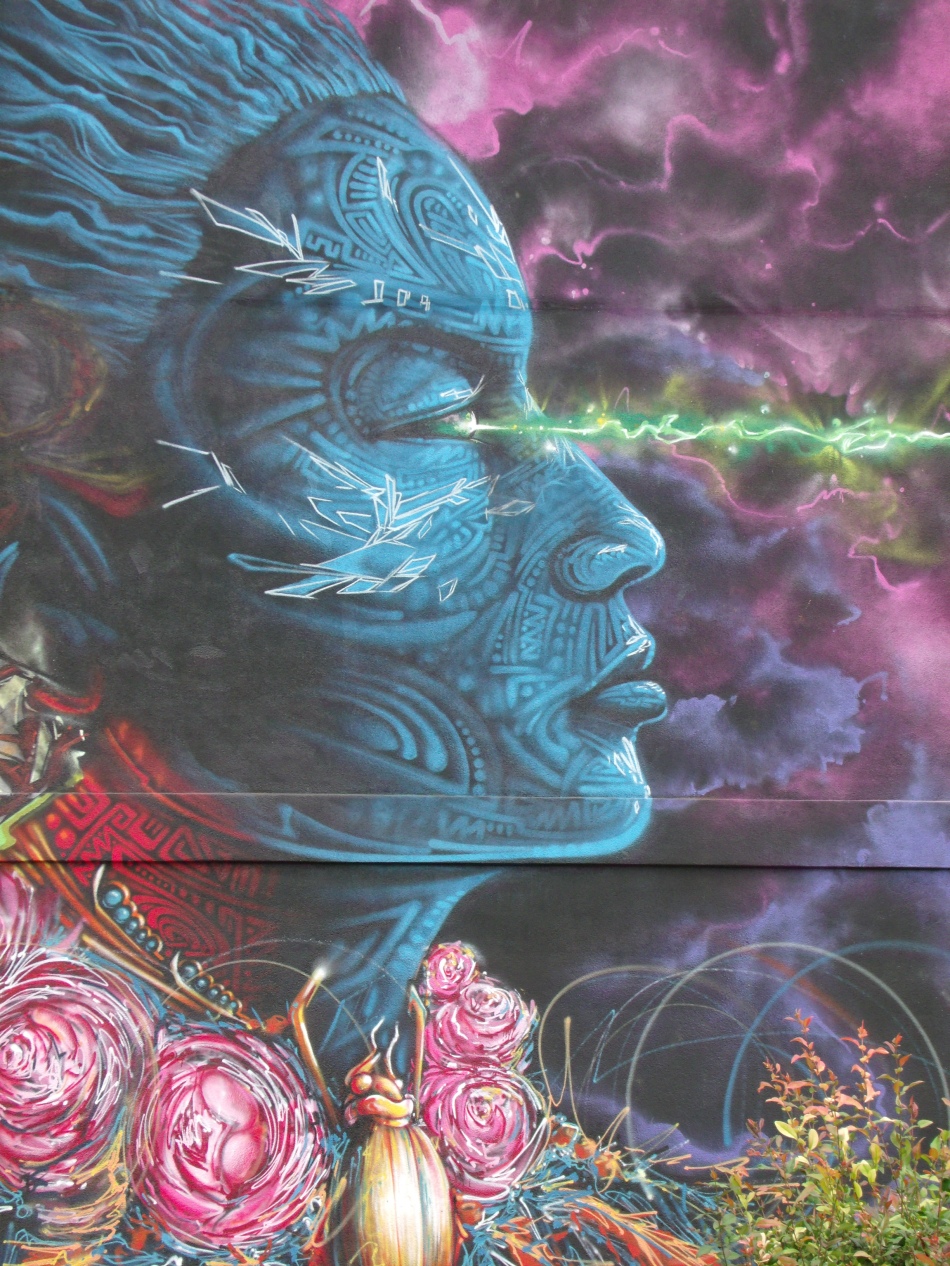 Thank you, as always, for visiting…for spending your time with me.  I hope you’ve enjoyed viewing the finished product of the 2020 Perfect Vision mural.  If you’d like to see the other City Paint images of street art and graffiti from around Salt Lake City, Utah, USA, you can scroll to the bottom of the page and click on the “Street Art – Graffiti” category to see all of them.