I’ve been traveling the streets of Phoenix for the past five months with a new eye that is open and welcoming of things that I had never noticed in my earlier years of living here.  If you’ve been following this blog for at least a little while, you might know or recall that I’ve recently returned to this desert home after living in the Salt Lake City area for about four years…after having lived here in Phoenix for over 20 years…and you might remember, too, that I started a City Paint series in Phoenix that was similar to a series that I had going in Salt Lake for a couple of years.  Well…this is the third post in my collection of graffiti and street art displays that I’ve discovered while driving about my new/old home.

This flower shop is located on the south-east corner of 5th Street and Roosevelt Street, just south of the center of town in an area that has become something of an art district over the last several years.  From all appearances, the flower shop has closed its doors for business…the rooms were empty as I looked in from the street…and as you can tell by looking at this second image, the plaster is cracking on the wall and the paint is beginning to peel…which is understandable, given that the mural is on the west-facing wall of the building and in near constant exposure to the desert sun. 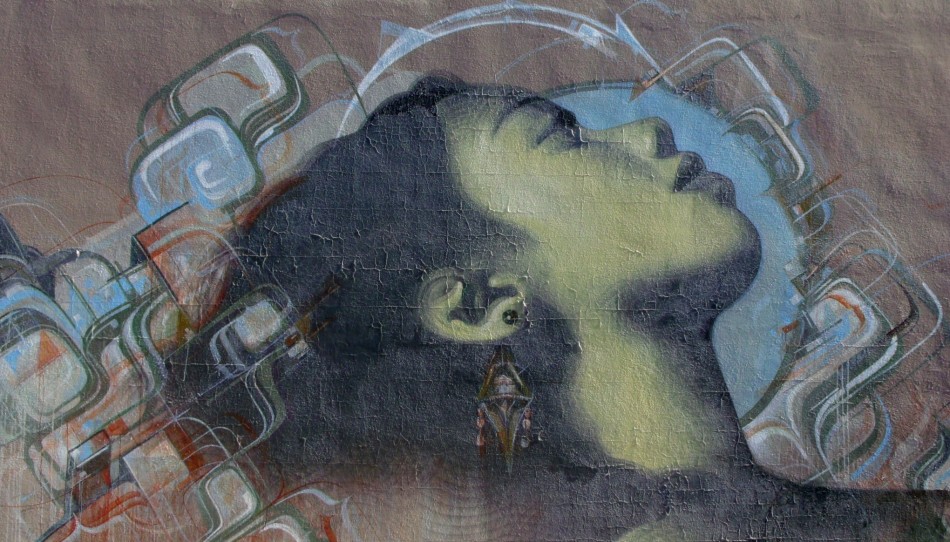 When I did a Google search of the artists (as provided by the names under the “E” in the first photo), I found that El Mac had created another image that I had seen in the past…which I had shared in another blog post almost three years ago.  I featured the below photograph in In the Heart of the City and in City Paint 4 – Tucked-Away Alley-Way, and provided a third glimpse of it in the first image from City Paint 17 – Gallenson’s Gun-shop Elk Mural.

You can find these murals on El Mac’s web site at Ave Maria and Kofie and Mac…pages five and eight if you want to visit from going to his home-page.  After you get to his home-page, click on the “Spraypaint” subheading…and be prepared to be amazed at what you’ll find.  If you’d like to view more posts on  the street art, building murals, and related graffiti that I’ve discovered in both the Salt Lake and Phoenix areas, you can scroll to the bottom of this page and click on Street Art – Graffiti under the Categories widget to see the earlier other posts.

If you’ve been following this blog for some time, you might remember the earlier posts on the Korner Market’s murals…City Paint – 3 2012…The End? and City Paint 12.2 – 2020…Perfect Vision – Mural Complete. I realize that it’s a little late in the year and that the mural has been completed for a few months already…with next year’s remake only another four or five months away, but here’s 2013’s rendition.  I’ve not been able to determine the theme and have not spoken with the Korner Market staff to learn more about it, so maybe you’ll have some ideas for us.  To see the images in a larger presentation, click on any of them to be taken to a slide-show of the photos.

I’d like to give credit to the artists who created the work, but can’t decipher any of the names that might be hidden in the script on the mural.  I would imagine that at least some of the artists who contributed to the earlier murals also helped create this one, but I’m not sure, so I’m not going to list any names.

You can click on the highlighted titles above to be taken back to the earlier posts.  If you’d like to see more of Salt Lake City’s street art and graffiti, you can scroll to the bottom of the page and click on the Category labeled “Street Art – Graffiti” to see a continuous feed of all of the earlier posts. 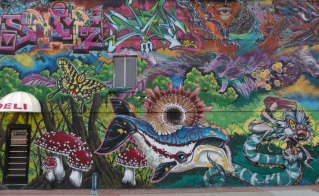 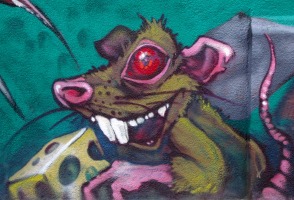 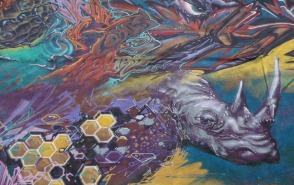