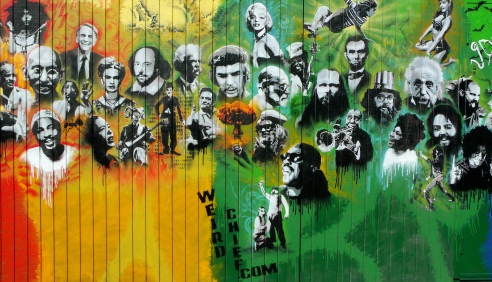 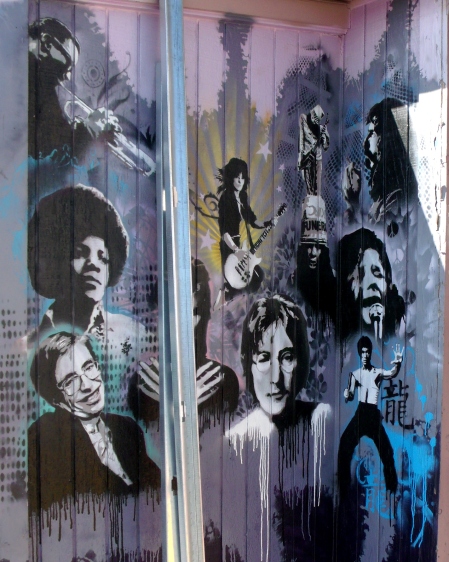 If you’ve been following this blog for some time, you might remember the earlier posts on the Korner Market’s murals…City Paint – 3 2012…The End? and City Paint 12.2 – 2020…Perfect Vision – Mural Complete. I realize that it’s a little late in the year and that the mural has been completed for a few months already…with next year’s remake only another four or five months away, but here’s 2013’s rendition.  I’ve not been able to determine the theme and have not spoken with the Korner Market staff to learn more about it, so maybe you’ll have some ideas for us.  To see the images in a larger presentation, click on any of them to be taken to a slide-show of the photos.

I’d like to give credit to the artists who created the work, but can’t decipher any of the names that might be hidden in the script on the mural.  I would imagine that at least some of the artists who contributed to the earlier murals also helped create this one, but I’m not sure, so I’m not going to list any names.

You can click on the highlighted titles above to be taken back to the earlier posts.  If you’d like to see more of Salt Lake City’s street art and graffiti, you can scroll to the bottom of the page and click on the Category labeled “Street Art – Graffiti” to see a continuous feed of all of the earlier posts.