the presentation of a desert storm

On US Highway 89, somewhere between Page, Arizona, and Kanab, Utah, Thursday of the week past, shortly after 5:00 pm…roadside photography…too pretty to not be committed to a captured image or two, or three, or…. 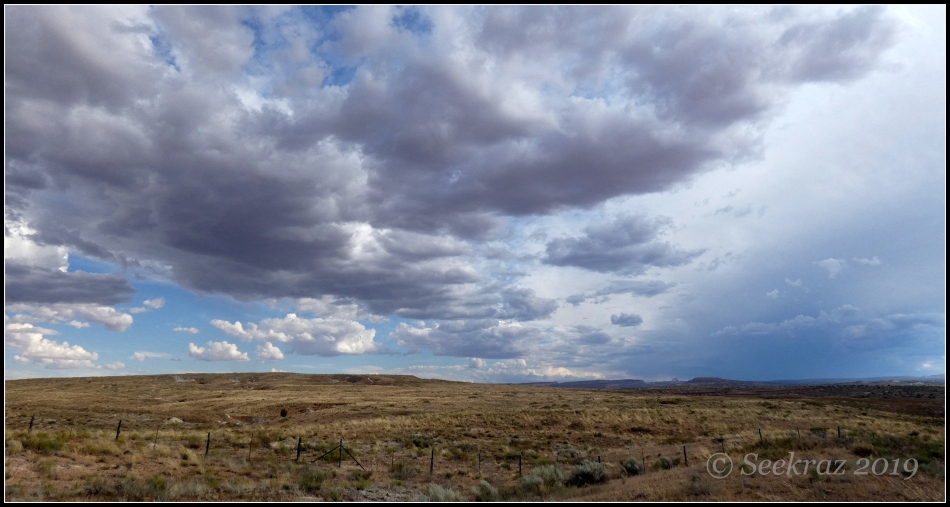 low clouds on the desert hills

I meant to hit “preview,” but hit “publish,” so here it is anyway…all images made along the Carefree Highway yesterday morning…. 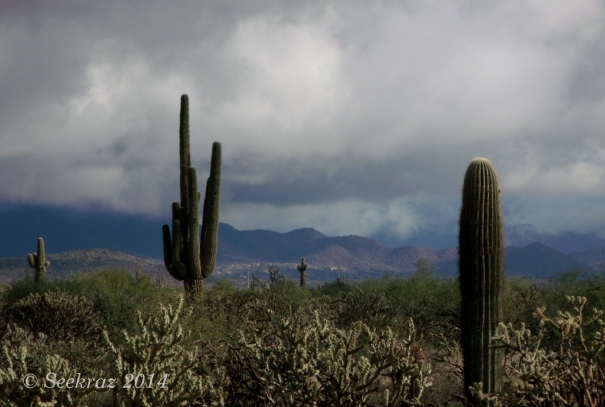 within the passing of ninety minutes or more, or less, the rain was blowing sideways onto the bedroom windows and sliding glass door and there were striking flashes of blue-white light and delayed or immediate crashes of thunder that I could feel rumbling in the bed posts

I cannot say how long it lasted, as I fell back to sleep while it was still underway

moments later, the clouds had lowered and the sky was covered with a pewter thickness

on my walk along the desert trail, I found those leaves and seeds and twigs and other desert-floor detritus collected in large swaths of poultice-like gatherings and saw the sand in its colors drawn in lines and slides of black and brown in the shapes of tiny gone rivers from the night’s collected rain

it looked like an ocean’s beach after the tide has gone out or after the ever waves have receded each in their cycle and turn, lines and drawn angles and arrows of black grains pulled over and through the surface of the deeper gray-brown sand of the desert’s bed

the quail were fewer in number that morning, as were the wild rabbits that I usually see…only one was out with his white tail and long pink-tan ears, hastily retreating into the desert there

no lizards raced across the trail and into the scrub beneath the trees and fresh washed bushes along the way, but the ants were out in their multitudes, opening their flooded caverns again, collecting the blown and washed seeds and stems from their surround…after the desert rain