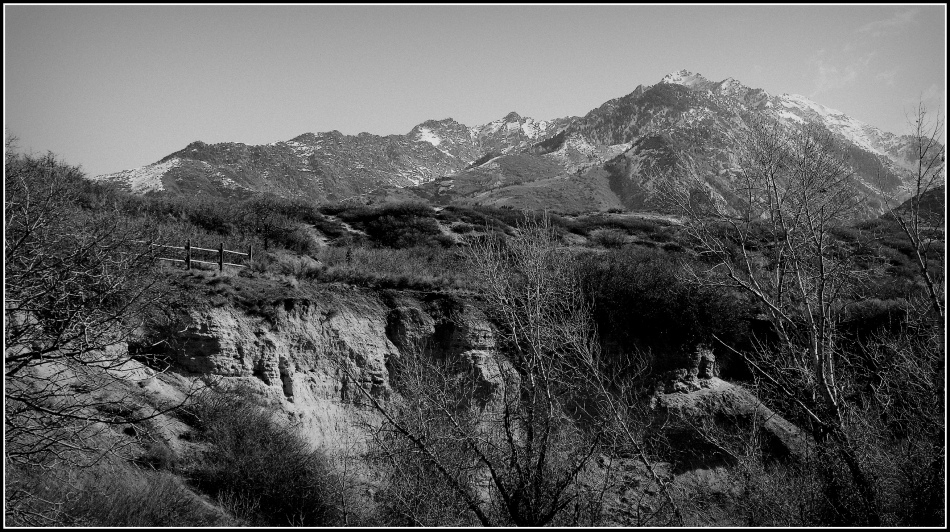 “It’s great to be alive in the West”

My late father-in-law, Gary, lived in the western United States for all but one or two years of his life.  He was born in Montana and then headed down to Arizona to follow the love of his life when he was in his early 20’s.  Gary traveled the West extensively while racing and riding motorcycles and dune-buggies, and flying hang-gliders and airplanes…he was an independent spirit who loved life.  My sons remember working with their grandfather, painting the house or building a fence…out in the Arizona heat…and making comments about how hot it was outside…and Grandpa used to say “Yep…it’s great to be alive in the West, isn’t it?”

If you’ve been following or visiting my blog for any length of time, you might know or remember that I lived in the Phoenix area for over 20 years before moving to Salt Lake City a couple of years ago…leaving part of my family behind, and bringing another part of it with me.  Those who remained in Arizona love the desert and its heat…and most of those who came with me, love the cooler, mountainous region that we now call home.  So, while I have left the cactus, tumbleweed, and ungodly heat behind, I can still think fondly of Dad and my desert-dwelling sons and say that yes, it’s great to be alive in the West…but this is my view when doing so.

The mountain to the left of the cloud is Twin Peaks…the opening below the cloud is the entrance to Little Cottonwood Canyon…and the area that you can see below the ridge-line to the right of the cloud is Bells Canyon.  I made the photo this morning while hiking/walking along the Dimple Dell Trail, a preserved natural area that runs from near the base of the mountains and into the southern neighborhoods of the Salt Lake Valley.