Hmm…I suppose I should have gotten around to this one a while ago, as we’re approaching the end of the year and I made these images close to four months ago….the snow you see in some of the images is actually from last winter and we’re quickly approaching the snows from this coming winter.  In fact, if I were to head back to Cardiff Fork today, I believe I’d encounter some new snow to share with you.

I don’t know how many of you have had the opportunity to hike into the mountains at the end of June, get all hot and sweaty, soaked shirt and everything, and then reach into a pile of snow and make a nice snow-ball to eat and cool yourselves down with, but it’s a wonderful treat!  My son and I each had a large, grapefruit-sized snowball and it was fantastic…so refreshing!

The above photo was taken while we were sitting at the furthest end of the fork…about four miles into the mountains, inside of the cirque that was full of broken basalt-looking rock that has tumbled down from the ridges above over the years.

I don’t really have much more to tell you about the canyon/fork and its associated mining history, but I thought you might enjoy seeing a few more photos of the geography and beautiful landscape of the area.  If we were to climb to the top of the ridge in the below photo, we would be looking west and into Mineral Fork….

If you can find the little finger of trees that is way down and to the left of the peak that is in the upper right corner (of the below photo), actually located between the center and right large pine/fir trees, that is where we were sitting while eating the snow-balls…where my son and I were sitting when I made the first and second photos above…we were just to the left of that little finger of trees….

Also in the above photo, if you were on the ridge just below the clouds in the upper left corner, you could look south and down into Little Cottonwood Canyon…the little ski town of Alta would be off toward the left…and the metropolitan area of the Salt Lake Valley would be way off to the right…..

The below photo is from the other side of the fork, looking across the valley area and onto the old Cardiff Mine area.  If you’ll recall the photos from the first post in this series, Cardiff Fork…beginning…, photo #8, that’s the same mine area that you can see in this below photo, but from a distance now, and with the ore sorter in the foreground. 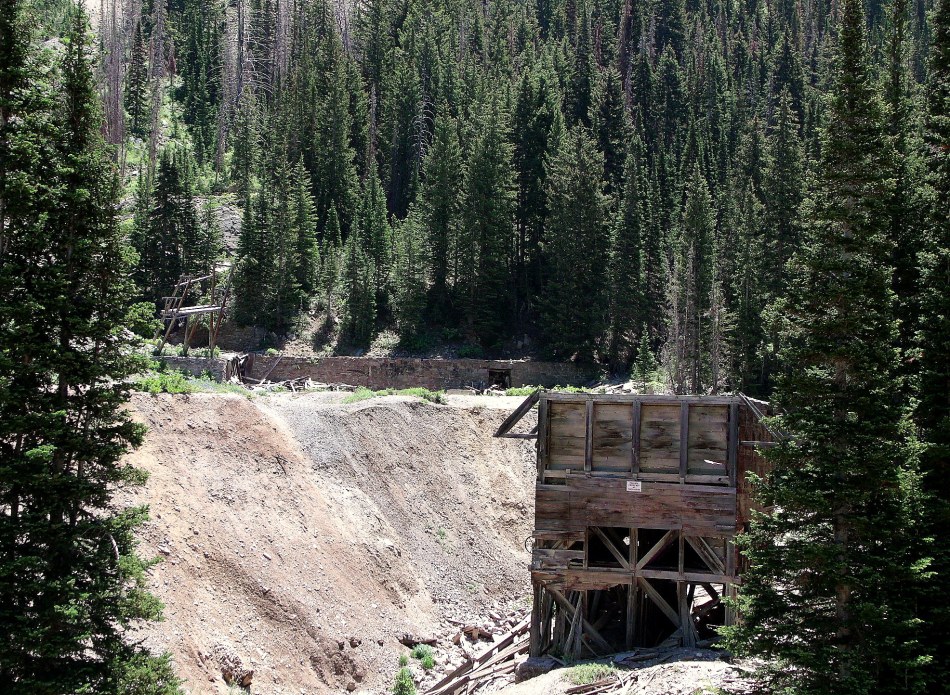 My son is providing a bit of perspective for us…he’s about 6’3″…so the ore sorter is rather large….. 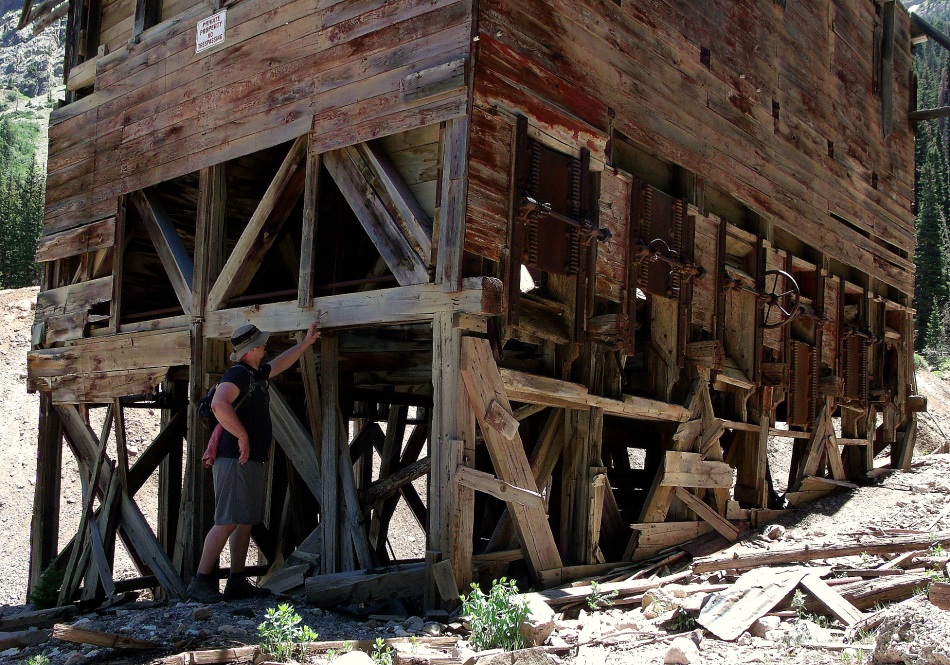 While my son’s not in the below photo, he was standing near the lower right edge/corner of the sorter and his head came to right about the center of that large beam that is right above the tree….

That’s all folks…I hope you’ve enjoyed the hike through Cardiff Fork.  If you’d like to view all three posts from the series in one continuous stream, you can go to the bottom of the page and click on “Cardiff Fork” under the Category widget…that will bring you all three posts together.  Thank you again for visiting and for spending a bit of your time with me…. 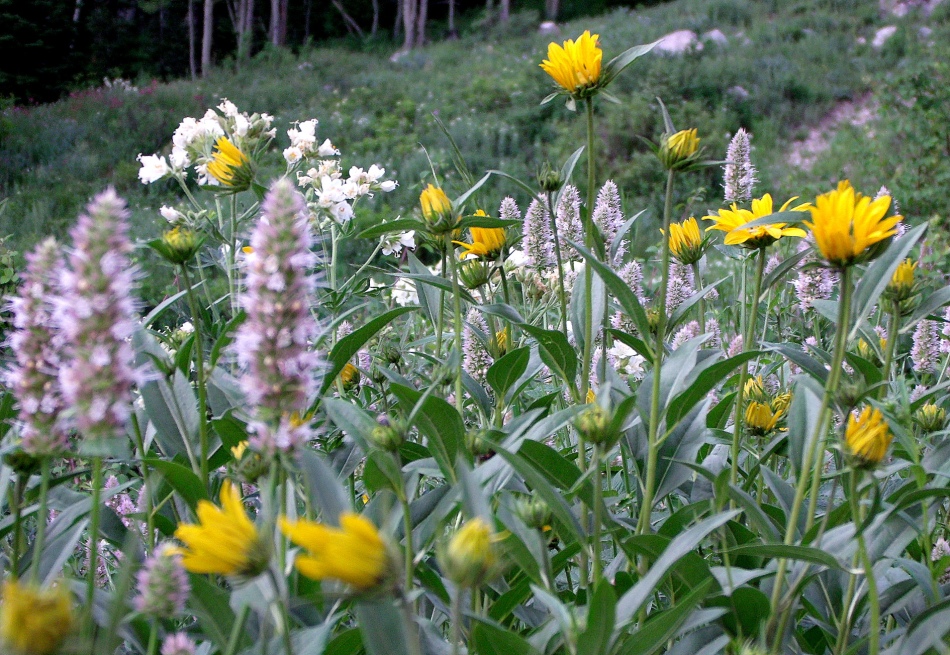 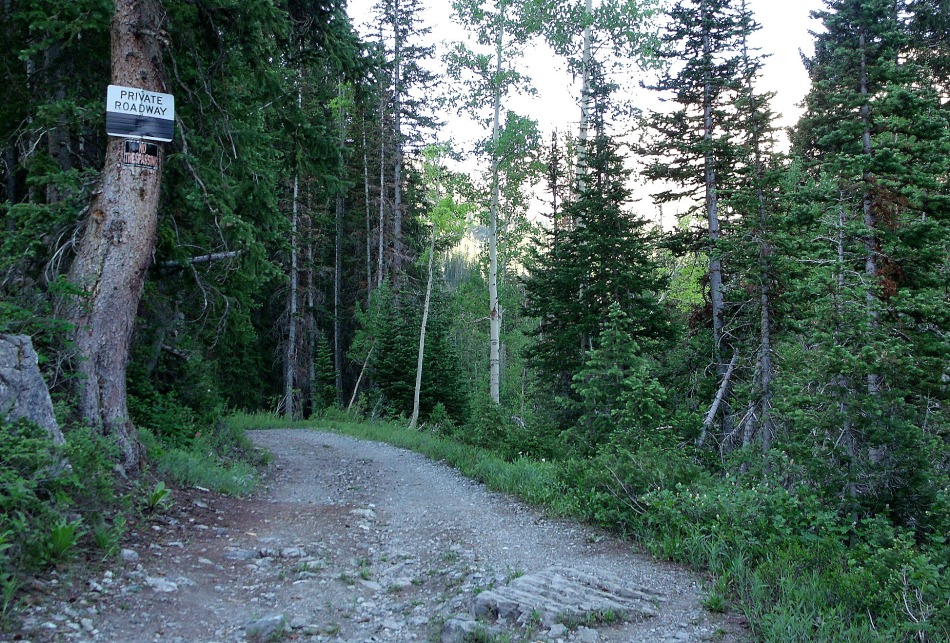 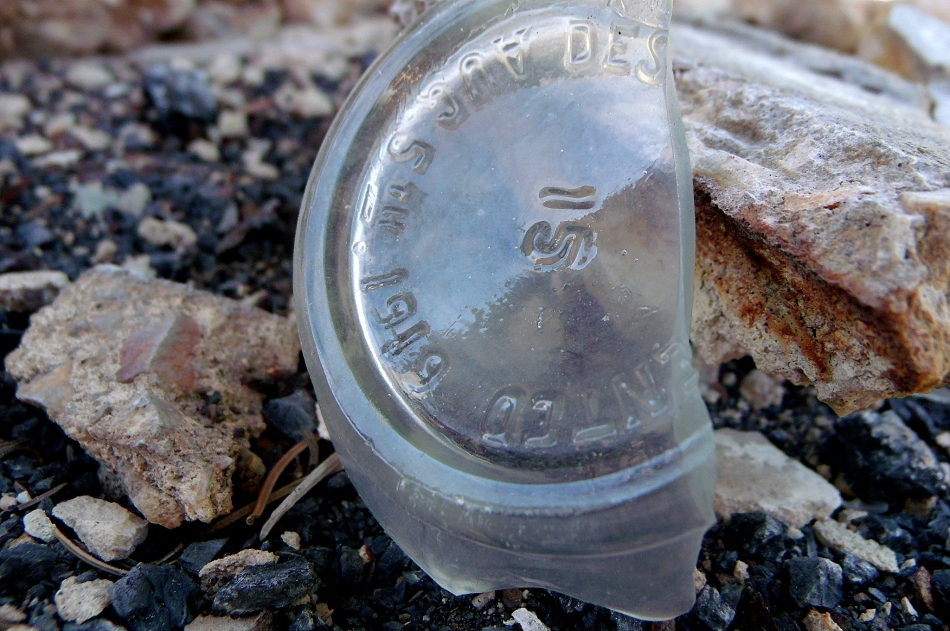