while in the salt lake valley for the family event and celebration that I mentioned in the last post, i found myself standing in a restaurant parking lot with camera facing east

i heard a young female voice to my left saying “excuse me sir…what are you taking a picture of…?

“is there a bird up there on a lamp post or something…?” 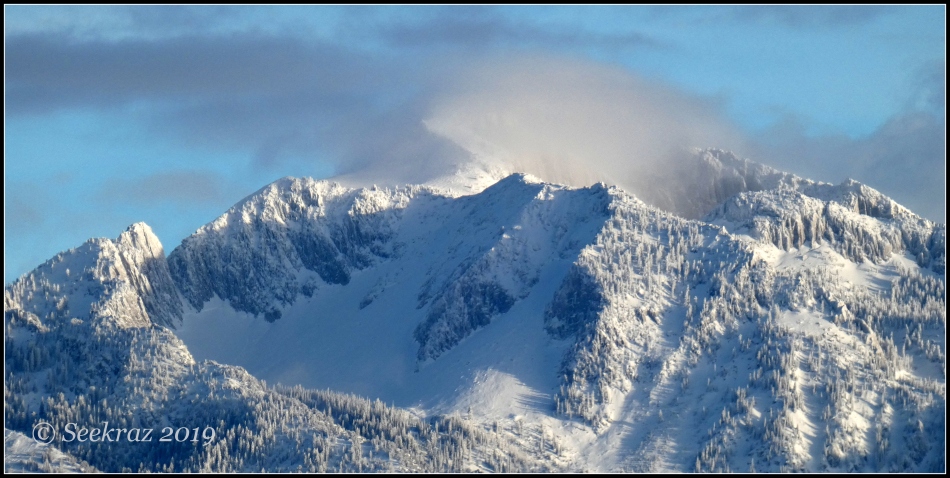 “i’m taking pictures of the mountains,” i said, “aren’t they beautiful?!”

her response….”you must not be from around here”

the setting sun doesn’t ask us…. 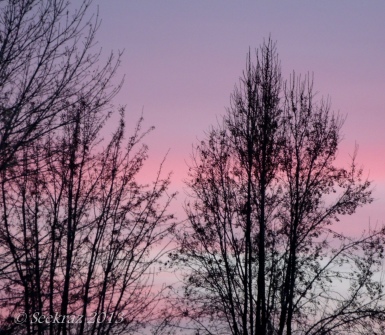 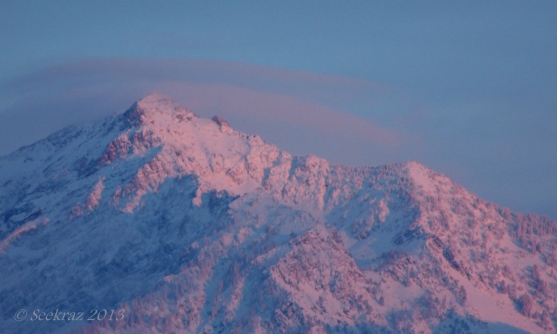 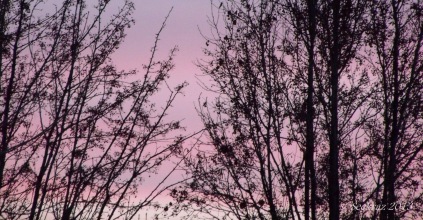 Cedar Fort fields and mountains in black and white

I find that one of the main hazards of driving in snow happens after the snow has fallen, the roads have been plowed, the immediate sky has cleared, and the clouds are gathering again over the mountains to loose another load of the white stuff.  It’s rather distracting…in a beautiful way.  It’s kind of hard to keep one eye on the car in front of you while using the other eye to keep the mountains lined-up properly in the view-finder…with the camera pointing out the side window….  After several anxious moments and a few close calls, it seemed more prudent to simply pull to the side of the road and take a few seconds longer to make it home.   🙂 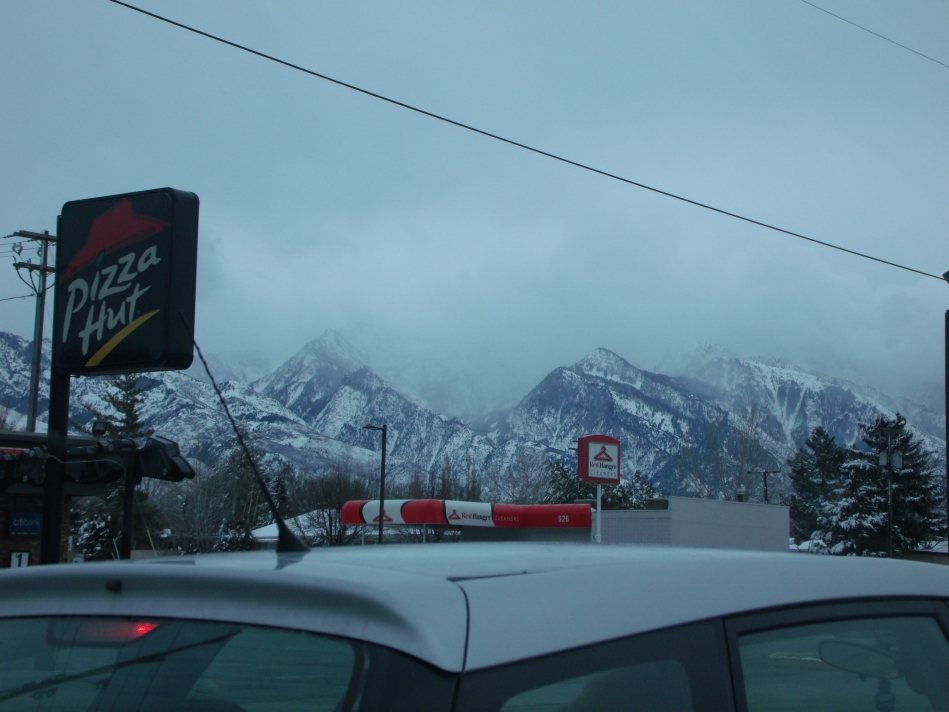 This is historic Wheeler Farm in front of Twin Peaks… 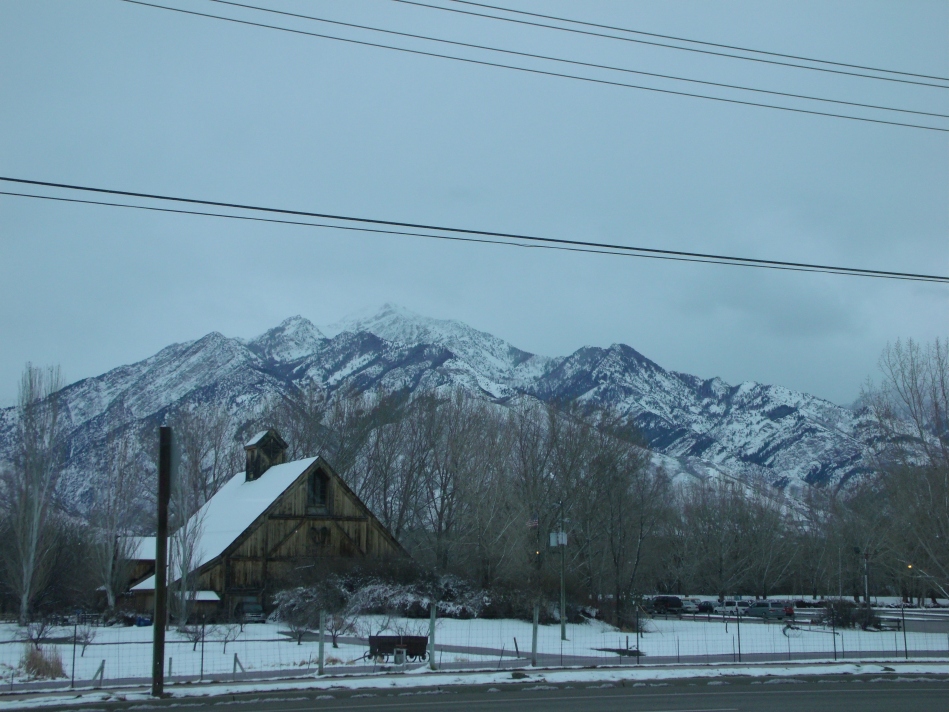 And this is Twin Peaks again…too pretty not to look at one more time….

These were all taken on my way home from work today…traveling south on 900 East, from around 4800 South to 6000 South, in the greater area of Salt Lake City, Utah, USA.  I suppose the streets actually went through the towns/cities of Murray and Cottonwood Heights…-ish…or something like that.

We had somewhere between three and five inches of snow last night, depending on how and where you might measure the pretty white stuff…and have a 100% chance of getting 2-4 more inches tonight…so they say….

Taken a couple weeks ago from the back porch of our house…on a Tuesday morning…. 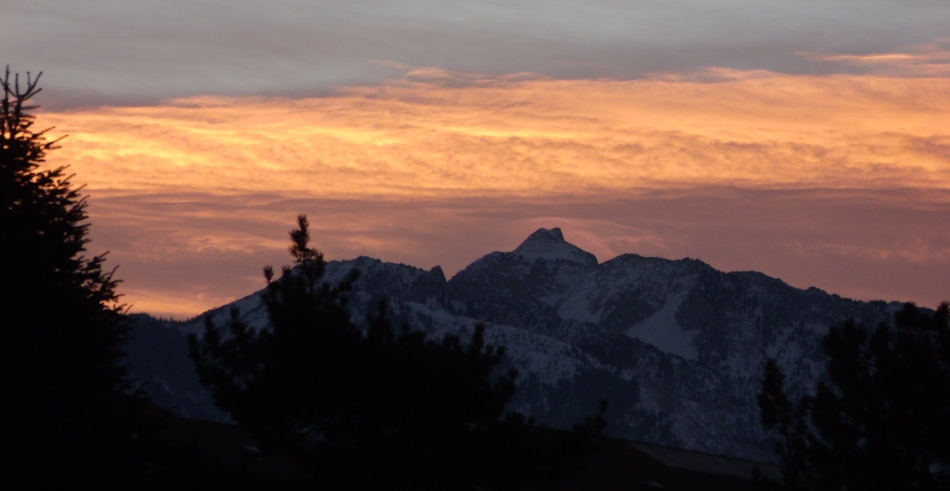