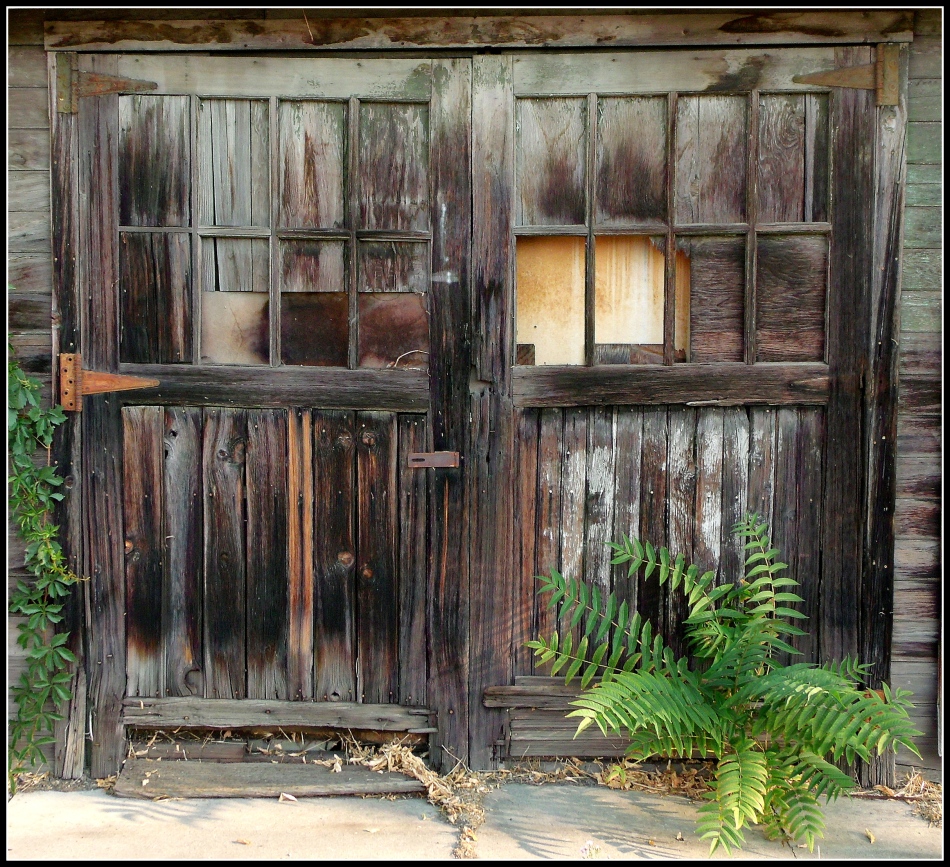 This is another door inspired by Mike, from Mike’s Look at Life.  A novice door collector myself, I was looking for something that a connoisseur would approve of…and found this on the backside of a building on the industrial side of Salt Lake City.  The bricks were painted in a faded beige and the door was actually pretty and worn, but when I viewed it on the computer, it was too washed-out…and no matter how much I manipulated and processed the photo, it seemed to lack the vitality and old-school charm that it had in “real life.”  This pencil rendering is the most justice I could do for it…the texture is there and you can almost feel a splinter piercing the skin of your hands as you run them over the beautiful wood.  It appears that the lower portion of the door has been modified to allow the louver panel to be placed in the center, facilitating the exhaust or circulation of air when evaporative coolers are operating during the warmer months…you can see plywood sheets that have been cut and placed on each side of the louvers…very clearly not part of the original door.

3/21/12 1905hrs – SUPPLEMENTAL INFO:  It appears that my wording above may have been misleading or otherwise eaily misunderstood…the “pencil rendering” is not of my doing.  I did not draw the pencil sketch of the below door.  When I mentioned that I was trying to manipulate the photo to remove the washed-out and pale appearance, I used Picassa to add colors and shadows and other effects to the photo…none of them were satisfactory to me…so I ended-up using Picassa to turn the picture into a pencil sketch rendering of the second photo below.  Please forgive me if I led you to think otherwise.  I haven’t the skill to even begin to draw something as beautiful or detailed as this picture.

On second thought, maybe the original doesn’t look too bad…here’s the way it looks from the dock to the camera to the computer, and now to you…maybe I should leave well-enough alone…. 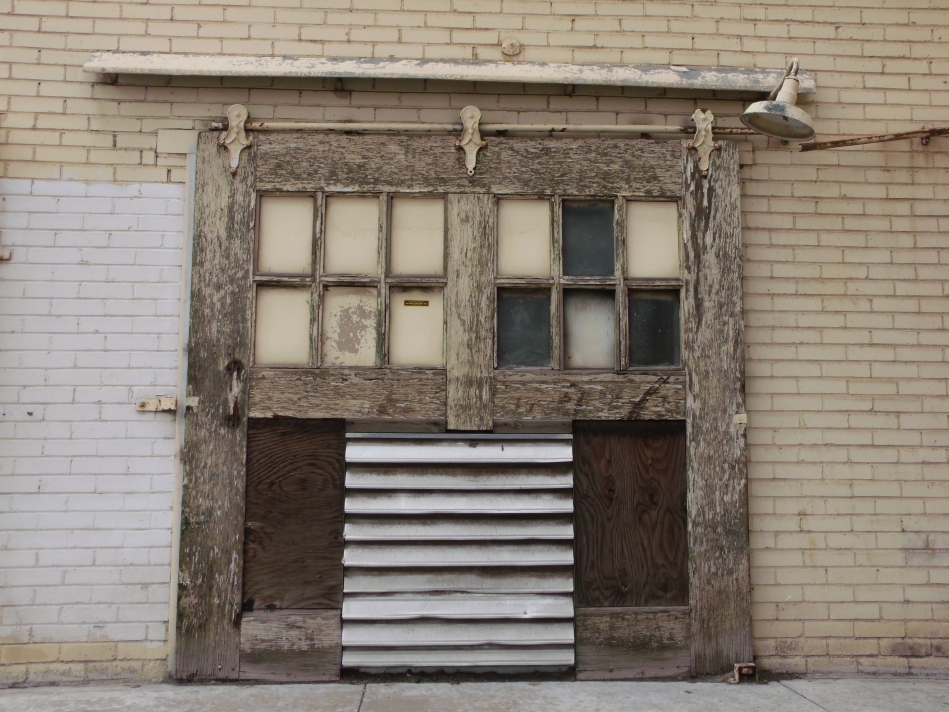 The image was collected on inspiration by Mike and his look at life…doors being a recurrent theme in his blog.  I’ve been walking past this door and its building for over a year on my lunch-time walks…and have been wondering at the building for the entire time.  It is located in a central city neighborhood in Salt Lake City and appears to have been built in the very early part of the last century.  The whole structure reminds me of barns that I used to see when I lived in Germany, but there are windows on the side of the building (on the right side and perpendicular to the side viewed in this photo) that are rather tall and arching…as would be found on a church.  Regardless of what the building was in its former usefulness, it now appears to be only a relic of that former time and used to house assorted junk and other items that simply have not been hauled-away yet.