leftovers from utah…in black and white

I had driven past these ruins (?) at least two dozen times over the last several years…and finally made the stop on my next to last trip before moving out of the state.  The third and fourth images are from a second set of buildings just a little further down the road….

There were a couple of out-buildings, corrals, and a stable further up the hill and toward the left of these first two images. 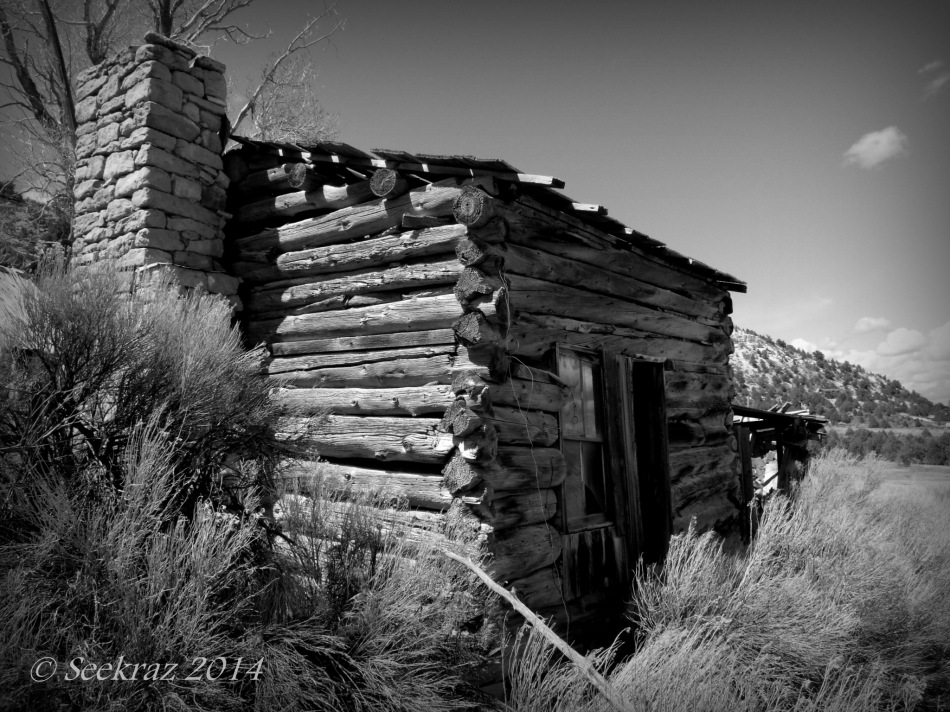 These two building didn’t appear to be as old as the ones in first two photos…there were more “modern” pieces of junk and rubber-wheeled trailer parts on the property.

There was even a cement-stooled outhouse with a plastic seat about 20-30 yards uphill from the buildings.  I hope there was also a cement septic tank to prevent the contents from leaching downhill toward the houses…if that’s what they were.

And lastly, here’s a color rendition of the first photo in the set.  It was a pretty, mid-May afternoon in middle Utah, about six miles (or 15?) south of Panguitch, just off of Highway 89…. 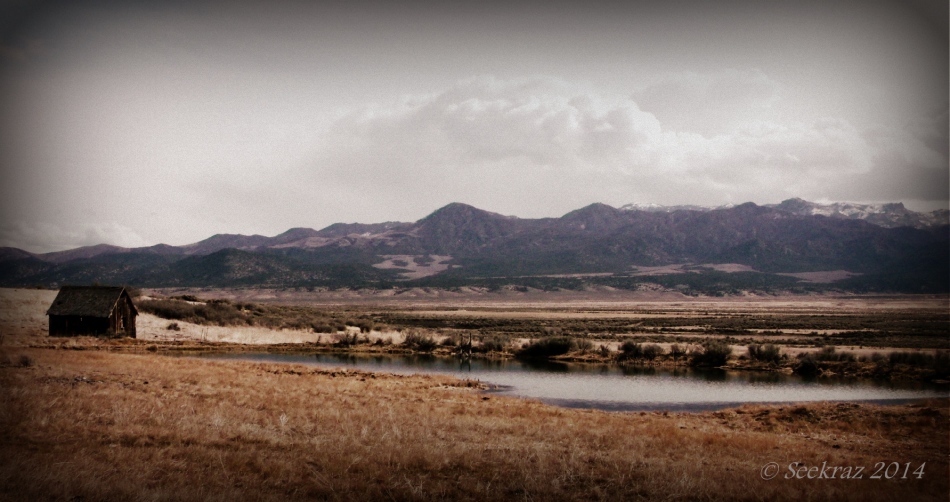 Paving the highway to Hell…?

We never know what we’re going to encounter on a road-trip.  I found this determined individual on US Highway 89 just north of Panguitch, Utah, a few months ago…kind of tucked him away and forgot about him…suppose it’s time to let him go ahead and do what he’s gotta do….