I haven’t had any new hiking adventures of late, but I did come across a nice mural the other day on my lunch-time walk.  This one was kind of a surprise, as I literally drive past the place every other day or so and had not seen it.  This mural is on the west side of Fernando’s Alignment Shop at 1946 E Roosevelt Street, a bit east of downtown and three real blocks away from my workplace.  There are other lesser-quality paintings on a couple of the other walls, so it was something of a treat to find this one. 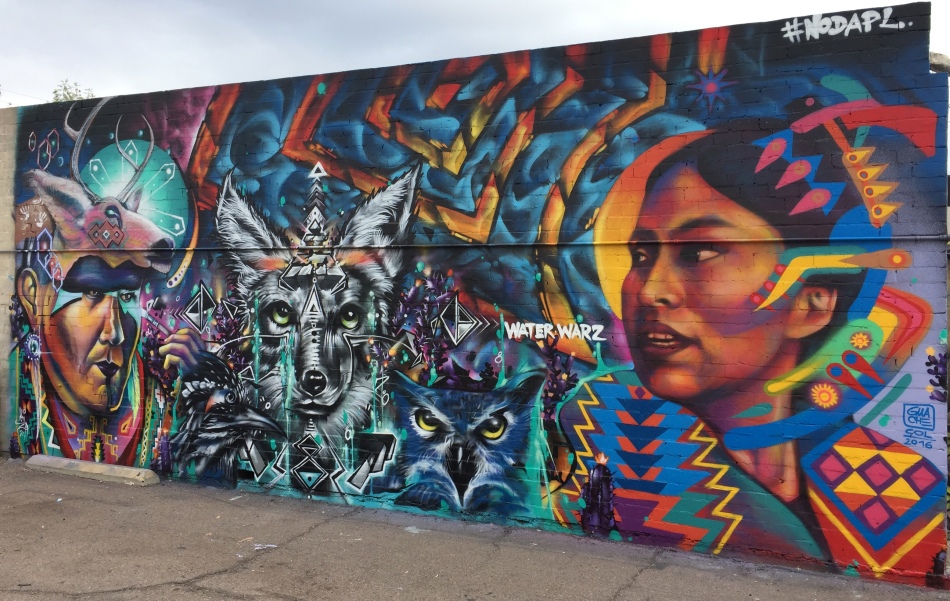 I don’t get involved in politics on my blog and I’m not going to do so now, but it appears that this mural is in support of the “#nodapl” movement…which you can read about here and here, pages that present both sides of the issue.

My sharing of the mural here is simply to share the mural…the street/building art that I have found in Phoenix.

The second, third, and fourth images are the left, center, and right panels of the mural….

And the following gallery is simply a set of close-up images focusing on separate sections…. 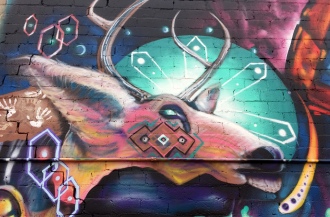 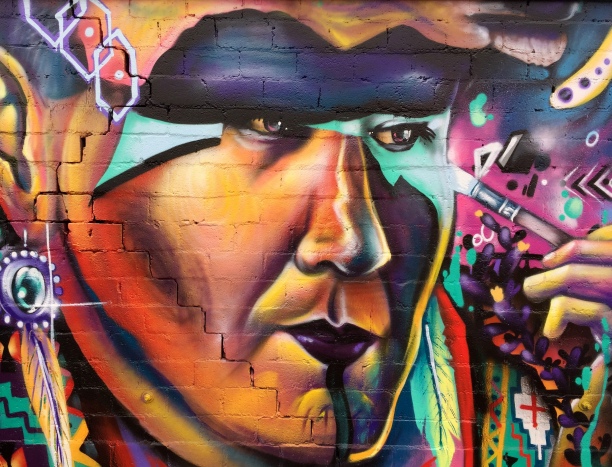 In attempting to give credit to the artist, I researched the name/label that we can see in the far right, lower section of the mural, something that looks like “Gua Che Collection 2016,” and couldn’t find anything relating to a particular artist’s collection.  It appears that “gouache” is simply a type of painting…anyway, here it is…..yet another example of iphound art in Phoenix….enjoy.

I found this mural quite by accident a little over a month ago.  I had intentionally taken a different route to work so that I could photograph a particular mural, and afterwards, I happened to spy this bit of purple and blue decorating a wall a couple of blocks away.  So, at the risk of being late to the office and missing the “timely punch” of the clock, I stopped and made a few more hasty images.  The mural is located on the north wall of a downtown theater called the “Film Bar.”  It is located at 812 North 2nd Street, which makes it about two miles from my workplace…and just down the road a little bit from the area that I have mentioned here on several occasions, Roosevelt Row, a showcase of local street art and culture.

This first gallery shows the complete mural and then the sections, moving from left to right…. 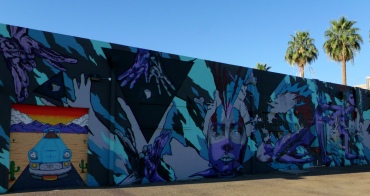 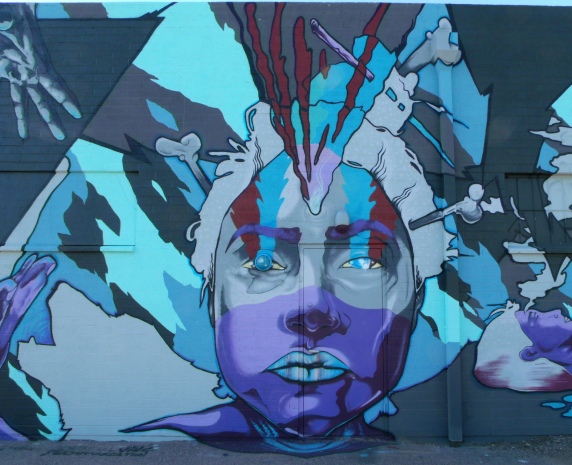 This second gallery presents some greater detail in isolation form….

Walking around the building to where I had seen some “graffiti-type” art decorating a trash dumpster, I found this surplus image on the east-facing wall…obviously touched with the morning’s sun and companion shadows.

The last photograph shows the signature of the artist, Joe Rael, whom you might remember from an earlier post, City Paint Phoenix 2 – Hair Pollution.

If you’d like to see more of the City Paint Phoenix posts, or earlier images of street art in Salt Lake City, you can scroll to the bottom of the page and click on the Street Art – Graffiti title under the Categories widget to be taken to a continuous feed of the posts.