Revisiting “Inside the Roller-Coaster”

If you’ve read my “About the Blog” page, you will already know or understand that I spent more than ten years working as a police 9-1-1 operator, dispatcher, and communications supervisor.  While I no longer do that type of work, my daughter and several friends do…so the memories of “answering the call” are still fresh. 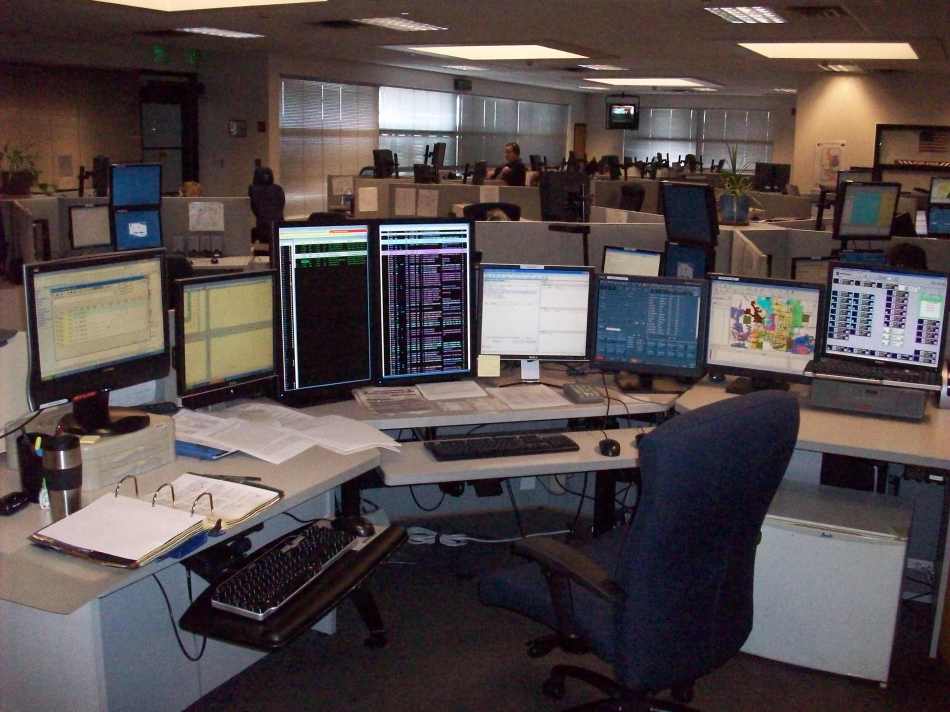 April 8-14, 2012 is National Public Safety Telecommunicators’ Week…as decreed by Congress at least three times over the last twenty or so years.  During this special week, 9-1-1 call centers often host open-houses and sponsor tours to give their tax-paying public a glimpse into their work lives and a better understanding of what actually happens when they dial 9-1-1.  This is also a week of celebration, essentially, when those same call-center employees are honored by various businesses, agencies, and private citizen groups and individuals for the role they play in contributing to the safety of their communities.  There is often a festive atmosphere in the call-centers during this week, when there are gifts and raffles and theme-based banquets and pot-luck dinners, all sponsored by the particular police/fire departments, the call-center administrators, and those businesses and citizen groups mentioned earlier.

In tribute to those women and men (and my family members and friends) who have worked and/or still work “answering the call,” I am re-visiting an earlier essay that details the work performed by those police 9-1-1 operators and dispatchers.  Please click on this link “Inside the Roller-Coaster” to take a closer look.

Very simply, KOA-789 was the call-sign, or call-letters, of the Phoenix Police Department’s radio station – very similar to what you would hear the DJs or commercial radio station announcers say over the air, or the way you would even refer to the radio station itself, like KSLX, KDKB, or KJZZ, KNIX, etc.  While it may sound odd that a police department would have a radio station, it helps to understand that the FCC considers the collective of radio frequencies, or radio system, that a police, fire, or other public safety agency uses for communication purposes, to be a “station.”

When I said that KOA-789 were the call-letters, I meant that they used to be and technically no longer are.  Several years ago, Phoenix Police upgraded their radio system to an 800MHz technology, no longer using the antiquated UHF radio-frequency system that is still in use by many smaller agencies across the country.  The 800MHz system is digital and has many advantages over the older system.  It also automatically sends a signal broadcasting its own unique digital marker, or call-letters, over the air.

The FCC has rules that require radio stations to announce the call letters and time on the hour and half-hour marks.  In specific regard to Phoenix Police, and likely other police agencies, as well, when they were operating with the older radio system, dispatchers used to announce the time and radio station call-letters according to FCC regulations.  It was often in conjunction with dispatching a call, during the broadcast of some other pertinent radio traffic, or when the dispatcher from one precinct’s frequency had finished giving information on another precinct’s frequency, as in – “the frequency’s clear at twenty-three-forty-six-hours, K-O-A-seven-eighty-nine.”  During the late hours of the night or very early hours of the morning when the radio was quiet, meaning that no officers were clearing the dispatcher or each other, the dispatcher would simply announce the time and call-letters – “It’s zero-three-hundred-hours, K-O-A-seven-eighty-nine.”

Over the years, the call-letters somehow morphed into a symbol or a trademark of the department, so that whenever one saw or heard the letters, the meaning was well-known or understood – at least by officers and dispatchers, as they were the ones commonly using the call-letters.  At some point, license plate frames were made and distributed (sold to employees) with “Phoenix KOA-789” on them, so that the vehicle owner/driver could tell other drivers, and police officers specifically, that they were part of the Phoenix Police family.  Other police agencies would have their own call-letters for their radio “stations” that were in a similar form, which meant that their officers would recognize the license plate frame information and consider that the driver was a police employee.  On a trip to California, I happened to see a frame on a vehicle that said “Los Angeles KOA-XXX.”  I don’t remember the specific numbers that came after the KOA, but I was surprised to see that LAPD had their own license plate frames.

Again, KOA-789 used to be the call-letters of the Phoenix Police Department’s radio station.  With the advent of the 800MHz technology, the dispatchers were instructed to stop broadcasting the letters with the time on the hour and half-hour marks during their shift; they were told that it was actually prohibited.  That change in radio systems, however, doesn’t prevent police employees from putting the “slogan” on their cars or saying it among themselves, or even tagging the letters onto the end of a story, the recounting of a sentimental or nostalgic memory about a former employee, or even a recollection of how things were “in the good ol’ days.”  The use of the letters is not likely so common among the newer officers and dispatchers, but to remove it from the veterans’ vernacular would be akin to removing it from the department’s coat of arms or family crest, for it remains a symbol of belonging, comraderie, and family among those who work for the department (or used to).

This article was written in response to several people finding their way to my blog, somehow, when checking the internet with search queries of “what does KOA-789 stand for?” or “what is KOA-789.”  While some of the technical information might not be 100% accurate, it represents my understanding of the history of the call-letters from having been a police 9-1-1 operator, dispatcher, and communications supervisor with the Phoenix Police Department for over 10 years.  Please feel free to submit your corrections or additions to the information…at zero-nine-hundred-hours, K-O-A -seven-eighty-nine….