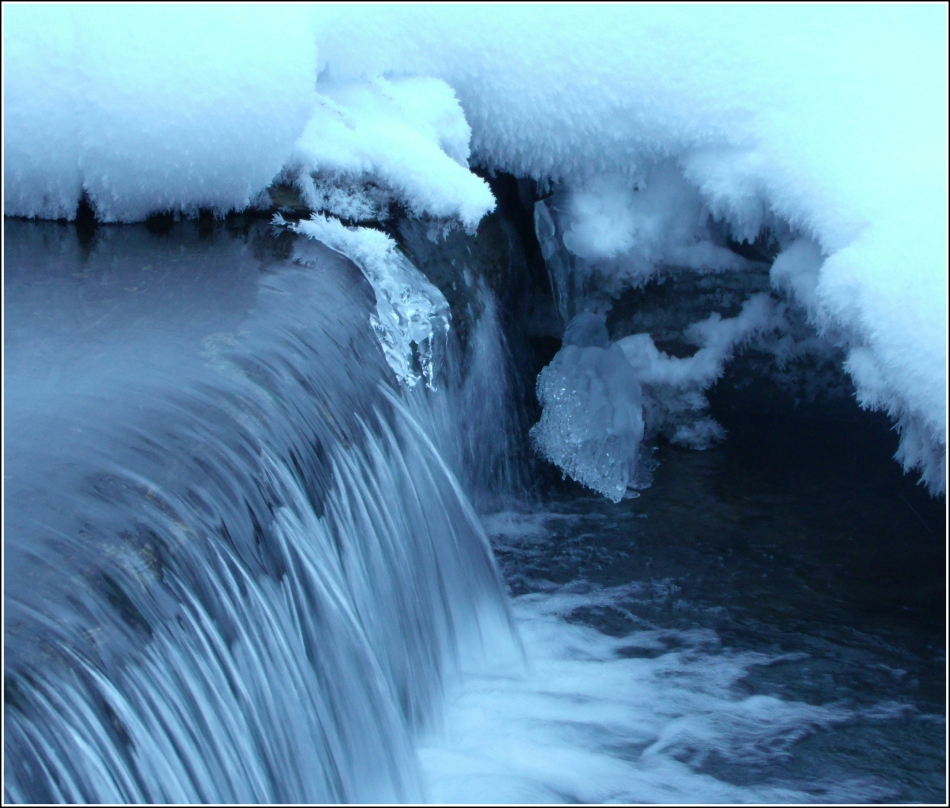 My older son and I were hiking in Millcreek Canyon the other day, marveling in the winter wonderland and giving our new snow-shoes a test-drive.

After taking the above photo, a man on cross-country skis came up the trail behind us and entered into the area that I had used to frame the photo….

I had noticed the little opening in the canopy of trees up the trail and was hoping to capture an image that had eluded me a couple of months earlier when hiking on a beautifully golden, Fall trail in another canyon.

Ever since I had seen Andy Hooker’s photograph of a woman passing an open garden gate, I had been looking for an opportunity to capture a similar image….

…and here it is, below…my rendition of the woman silhouetted against the opening of the garden gate…the man on cross-country skis passing through the snowy canopy of trees along Millcreek Canyon’s stream…. 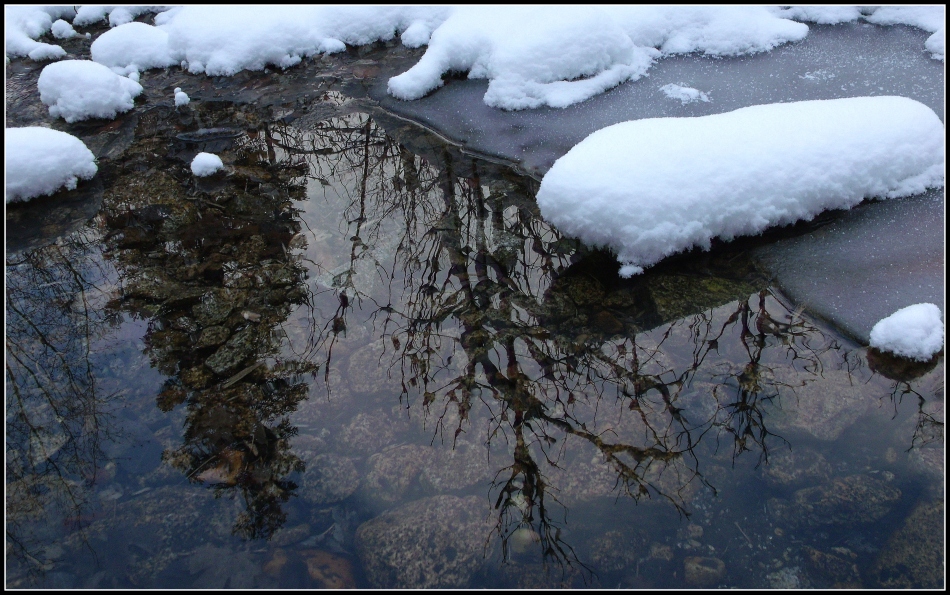 I think this is one of the most beautiful scenes I have ever beheld while out on one of my winter hikes…or any of them, maybe….

Crystal Punchbowl in a Stream?

Either that or maybe a suspended crystal jelly-fish? 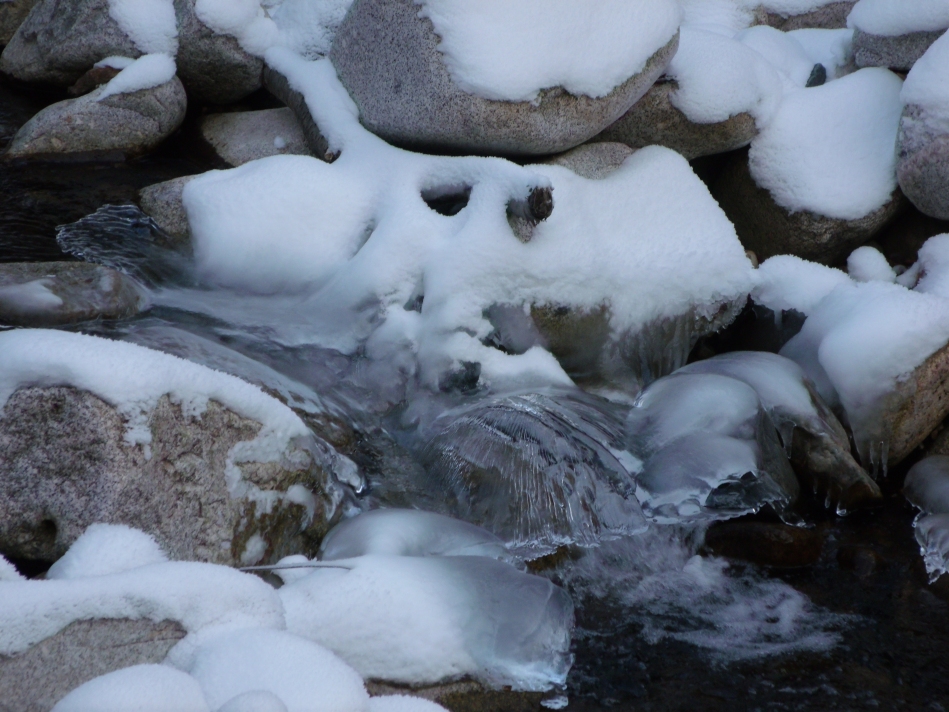 This post is for my blog-friend, Pattu, who loves the snow…and doesn’t get to see much of it where she lives in India.  You can visit Pattu’s gardening blog by clicking on the name: “Gardenerat60.” 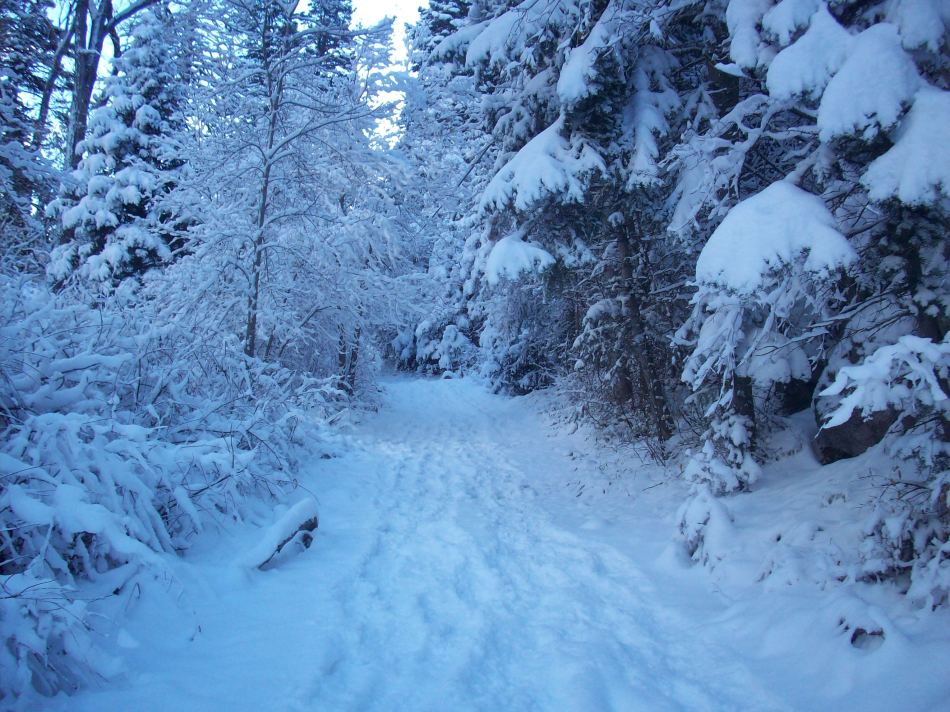 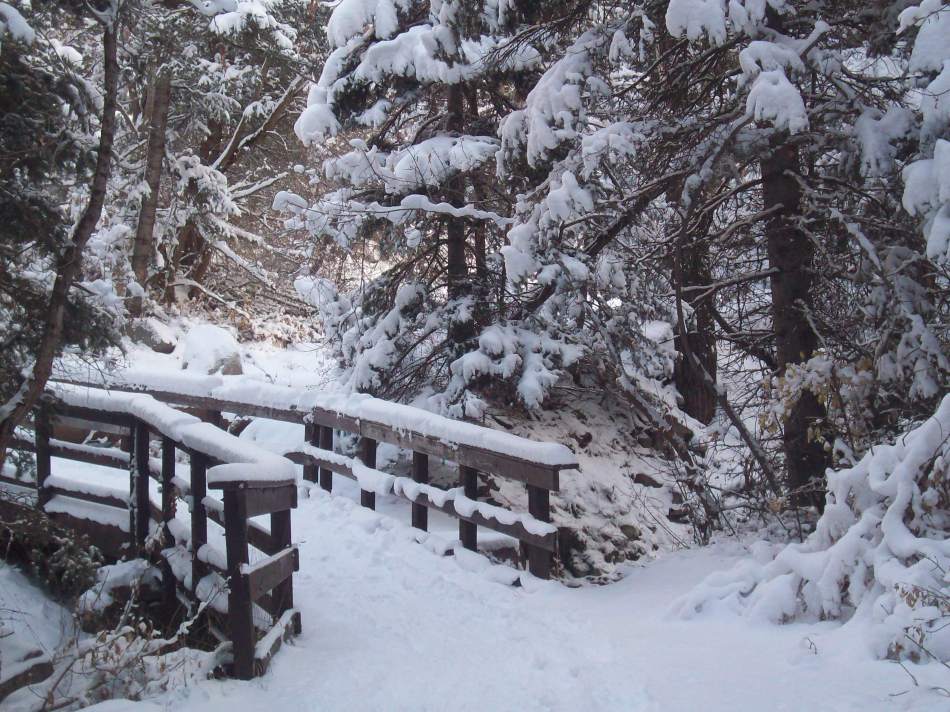 When you stand on this bridge and face to your right, you will see a snow-covered European Mountain Ash tree with its beautiful red berries hanging over the stream – 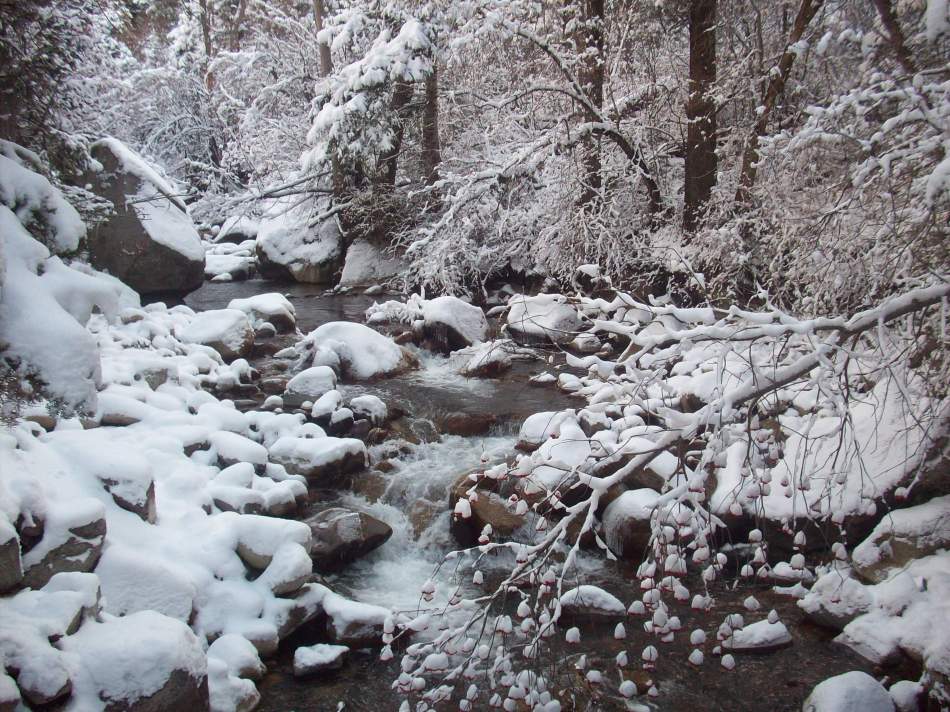 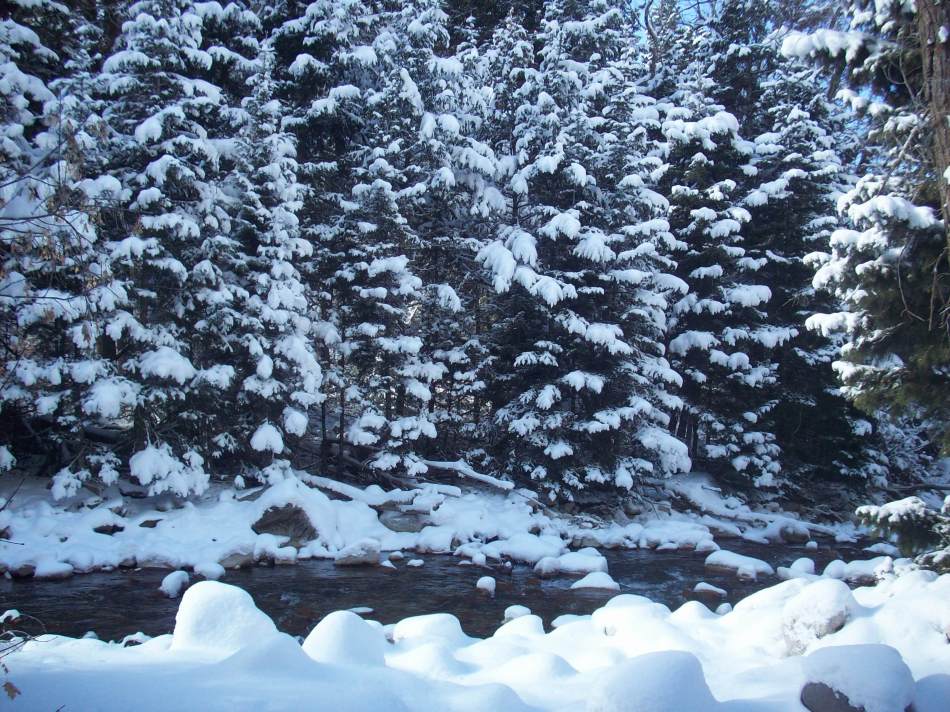 All of these photos were taken along the stream in Little Cottonwood Canyon, which is to the south and east of Salt Lake City, Utah, USA.  The photos were taken after the first significant snowfall of the season, which happened to be in the first week of November of this year.  If you are familiar with the trail, you might notice that the photos start near the beginning of the trail by the Mormon Temple Quarry and progress toward the end, which is beyond the power-plant ruins, approximately three miles into the canyon.

This last photo was taken at one of a few spots along the stream where the trail is significantly above and perpendicular to the stream.  This vantage point allows you to see a relatively lengthy stretch of the waterway and its accompanying natural beauty.  Few other locations afford such a clear and unobstructed view of the stream.

I hope you have a happy Christmas, Pattu.  🙂

I believe I mentioned in an earlier post how the stream in Little Cottonwood Canyon is greatly diminished during the winter months when the annual snow-melt is finished and when most of the remaining water is diverted into the local cities’ water reservoirs.  To take these pictures from the front angle, I was stepping/crouching on rocks that were in the middle of the stream bed.  You can tell from the pictures that the stream is not flowing with any significant force or quantity of water.  During the rush of the snow-melt months, the stream is usually flowing with several thousands of cubic meters of water per minute…and it would be impossible to capture pictures from the middle of the stream during those times.

When I first saw the ice formation from the side of the stream, it appeared to just be a bunch of ice that had formed near the flow of water.  The closer I was able to make it to the actual waterfall, the more I could see that ice had formed in the shape of a tunnel or tube and the water was channeling through it from the rock above and into the little pool beneath…another crazy little marvel of nature…and a beautiful one at that.

It seems that the flow on the left is forming another tube…with the outer edges eventually coming together to completely enclose the water channel…maybe.  It would be interesting to return in a few weeks and see if it happened…provided nothing destroys it in the interim.

This last picture is my favorite….