I would say that I know this creature intimately, but that might bring to mind thoughts of romance and love, and while there was a lot of fighting, cutting, scratching, and bleeding between myself and the 19 bushes that I had in my yard for almost two decades, there wasn’t a lot of romance involved.  I will admit, however, in spite of the scars that I still carry from our lengthy affair, that I do find the Bougainvillea to be quite beautiful…and worthy of more than a little bit of love….

Anyway…I made this image while visiting family in Arizona this past October.  The flowers are actually the small white structures in the center of the modified pink leaves.  If you’d like the complete Wiki rundown, you can click here for more info. 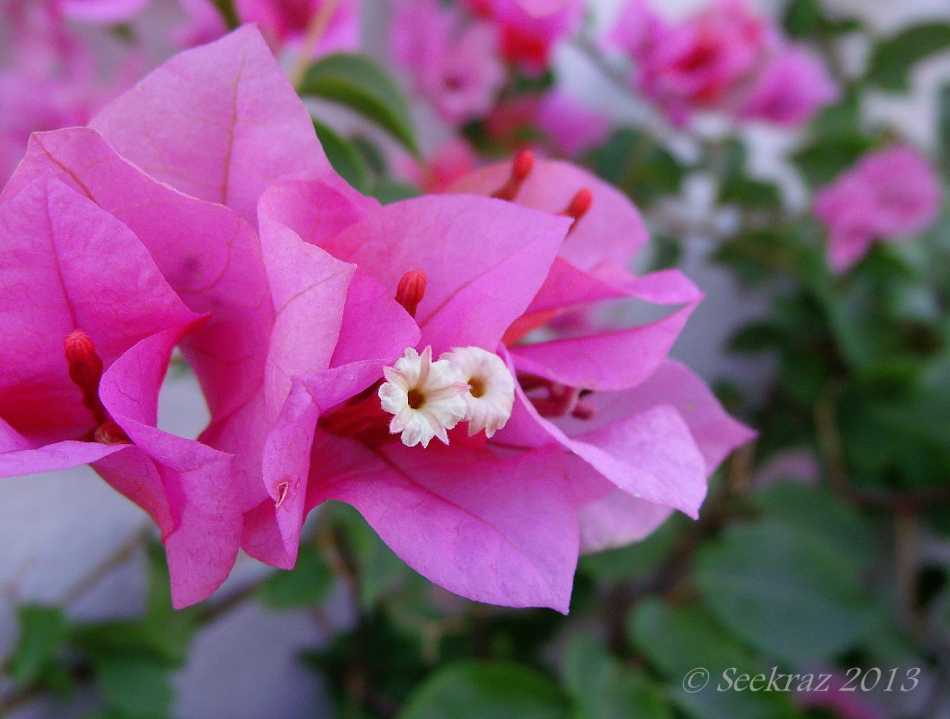 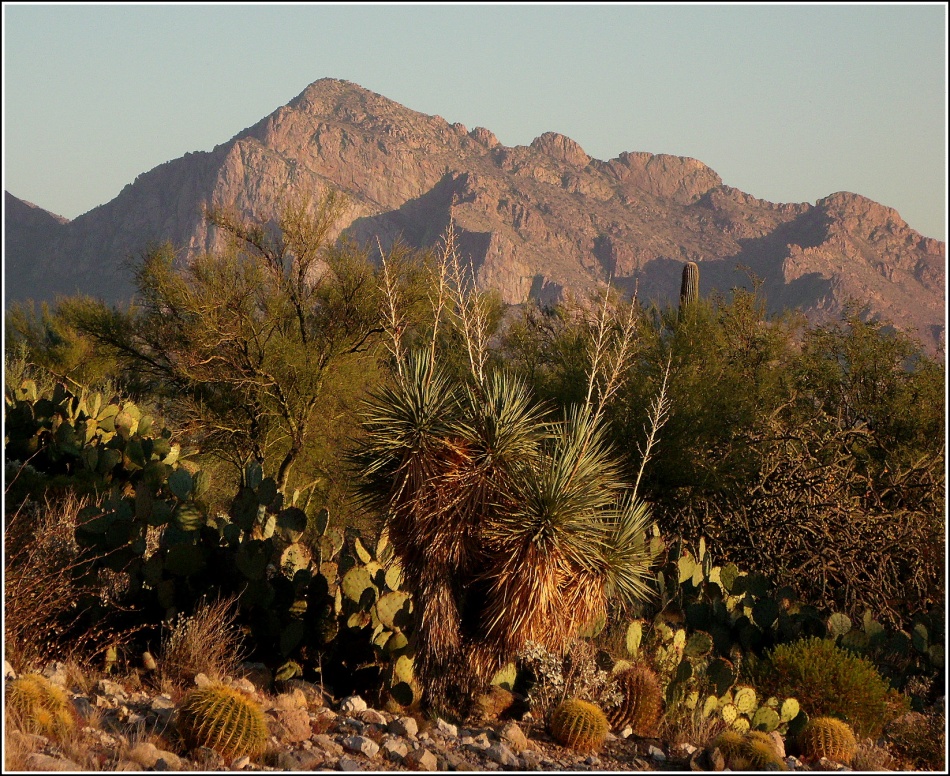 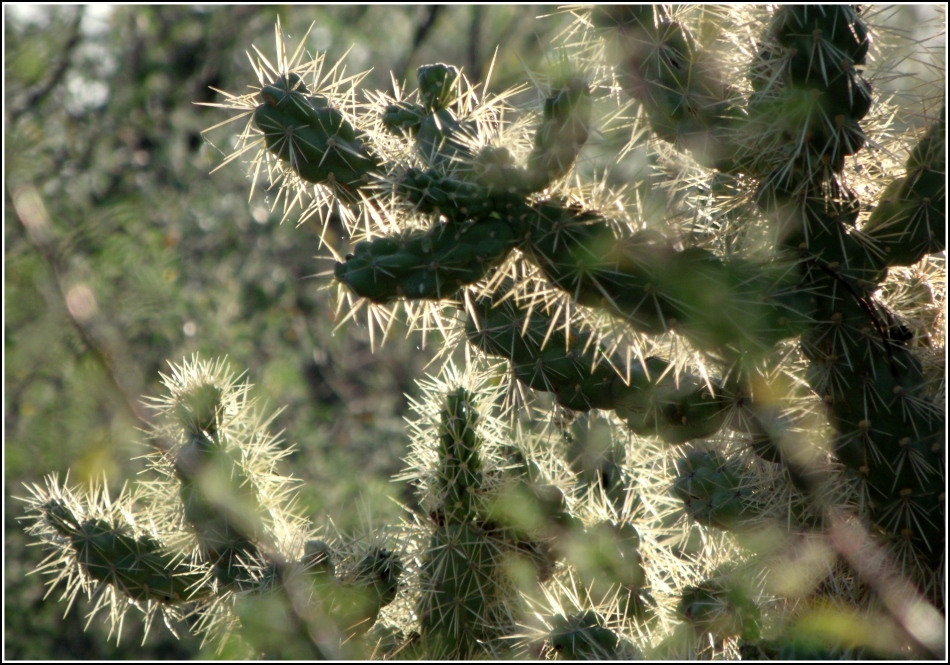 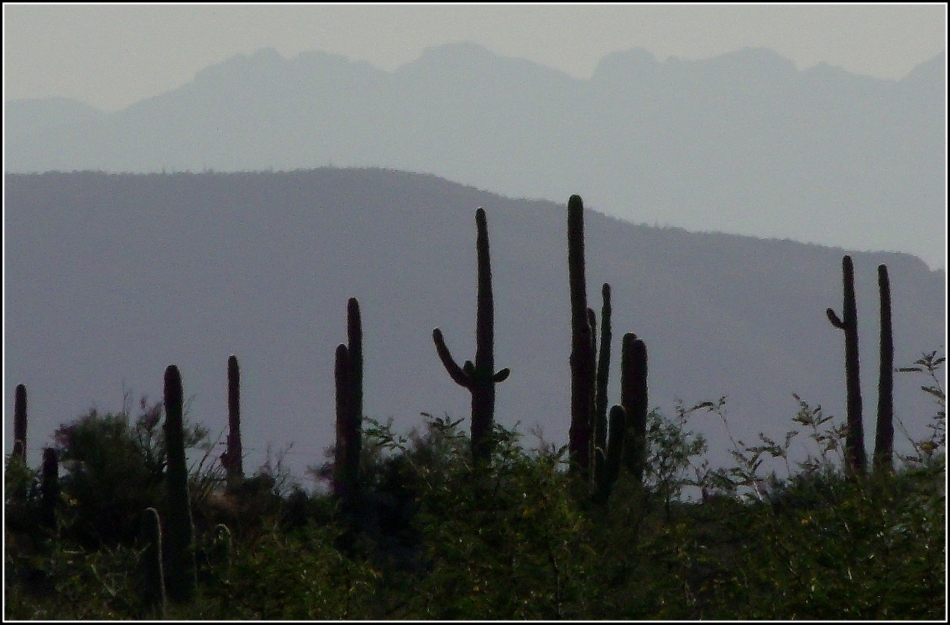 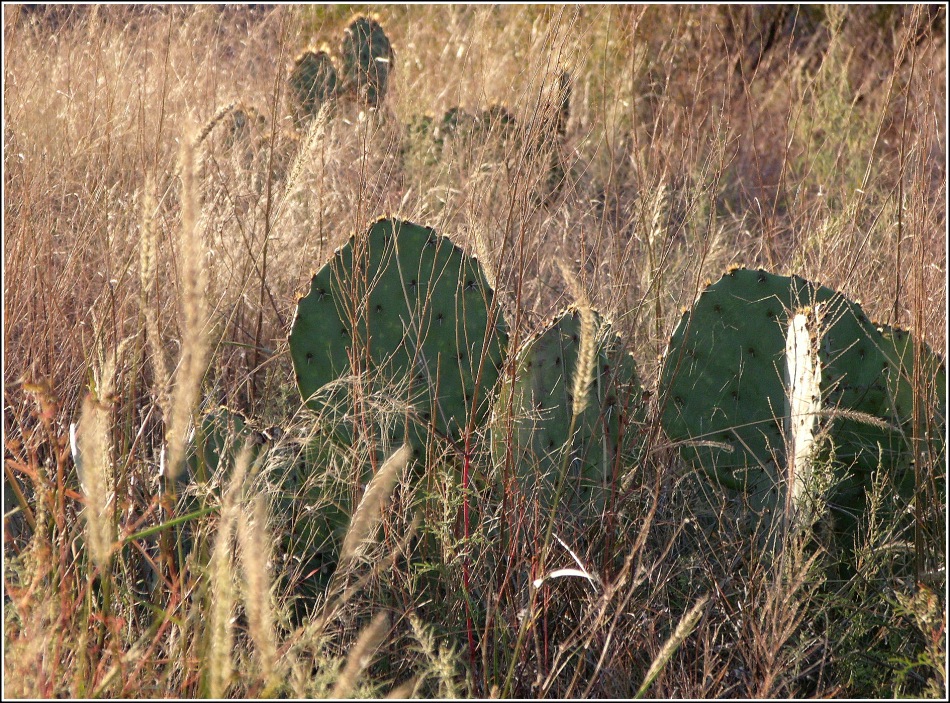 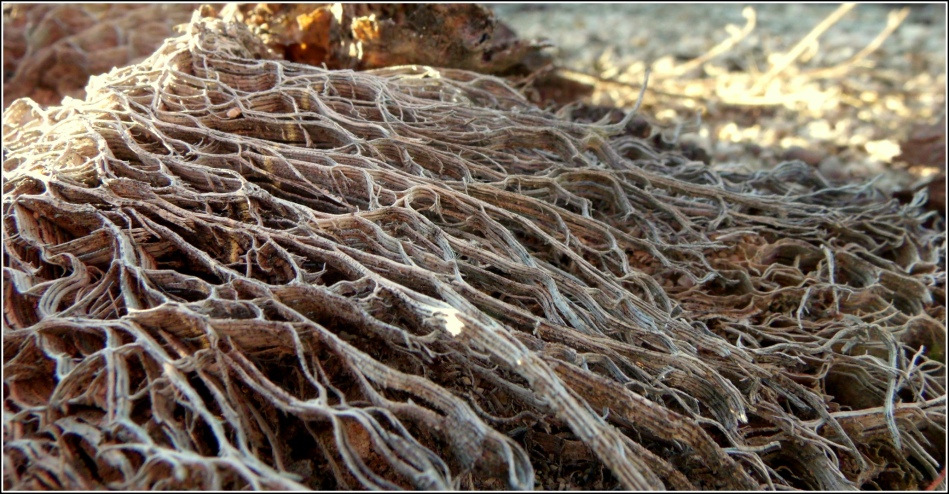 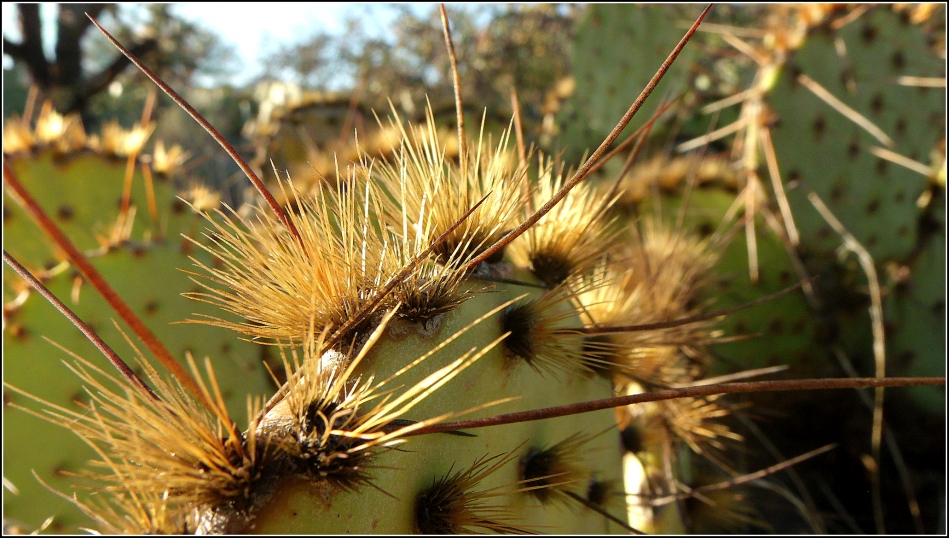 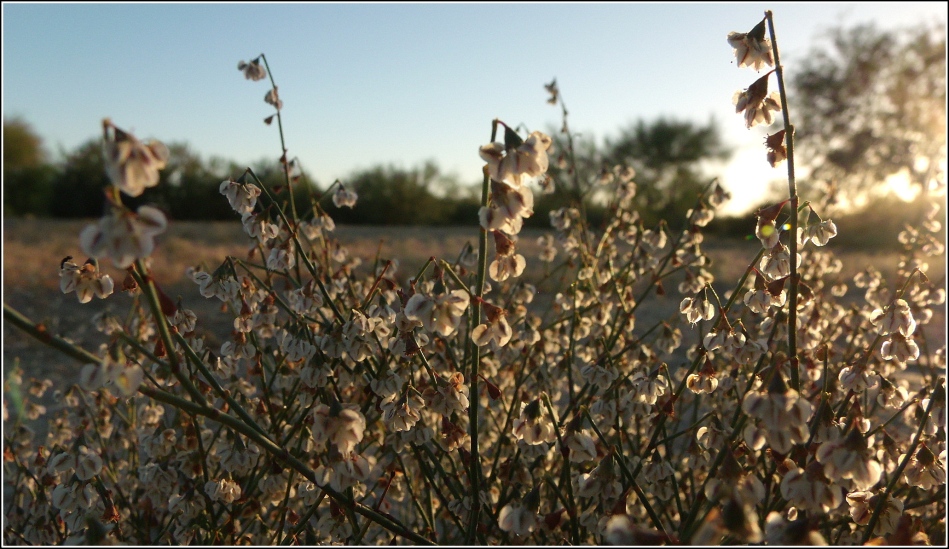 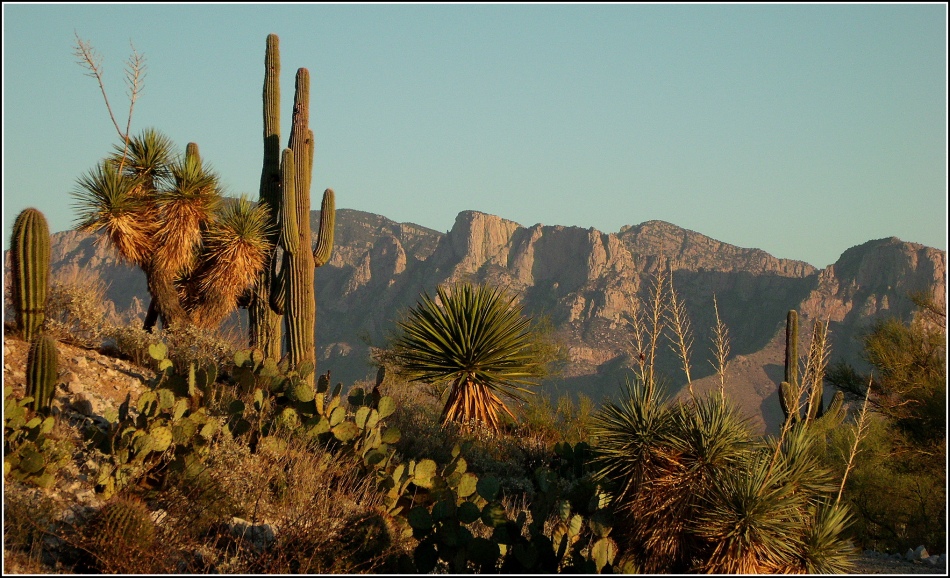 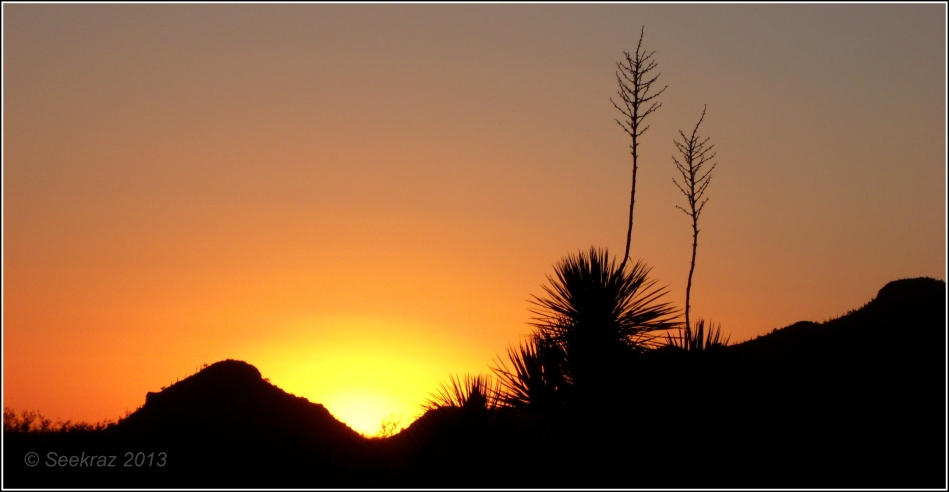 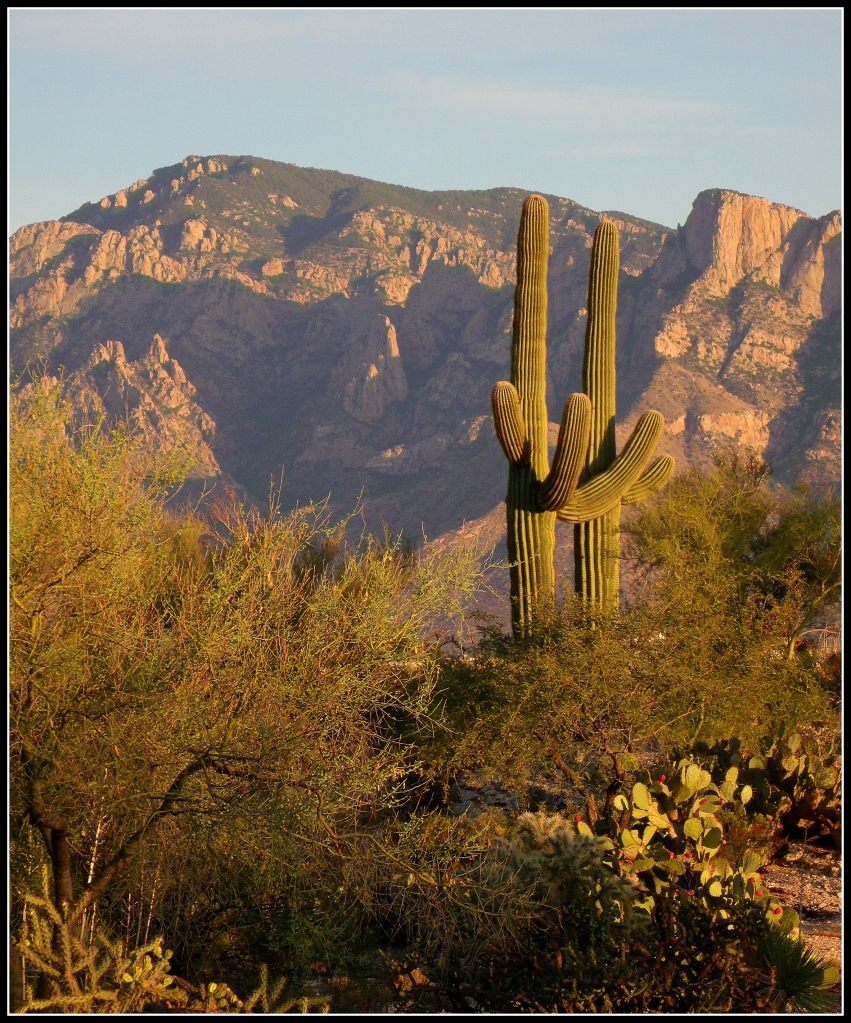 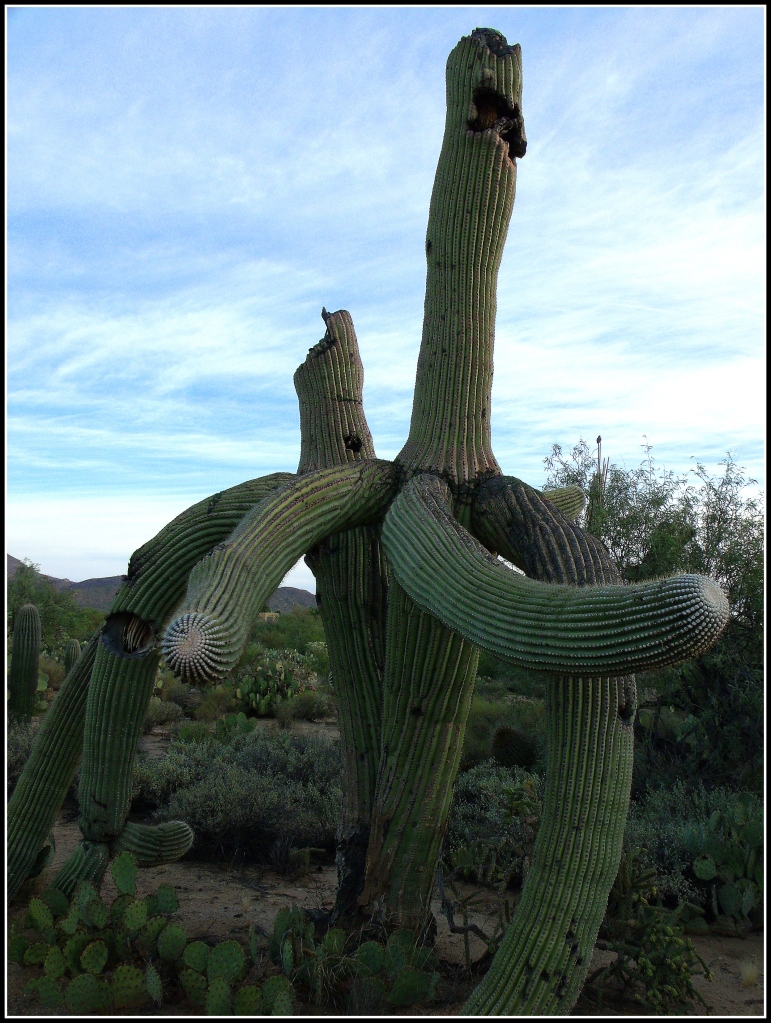 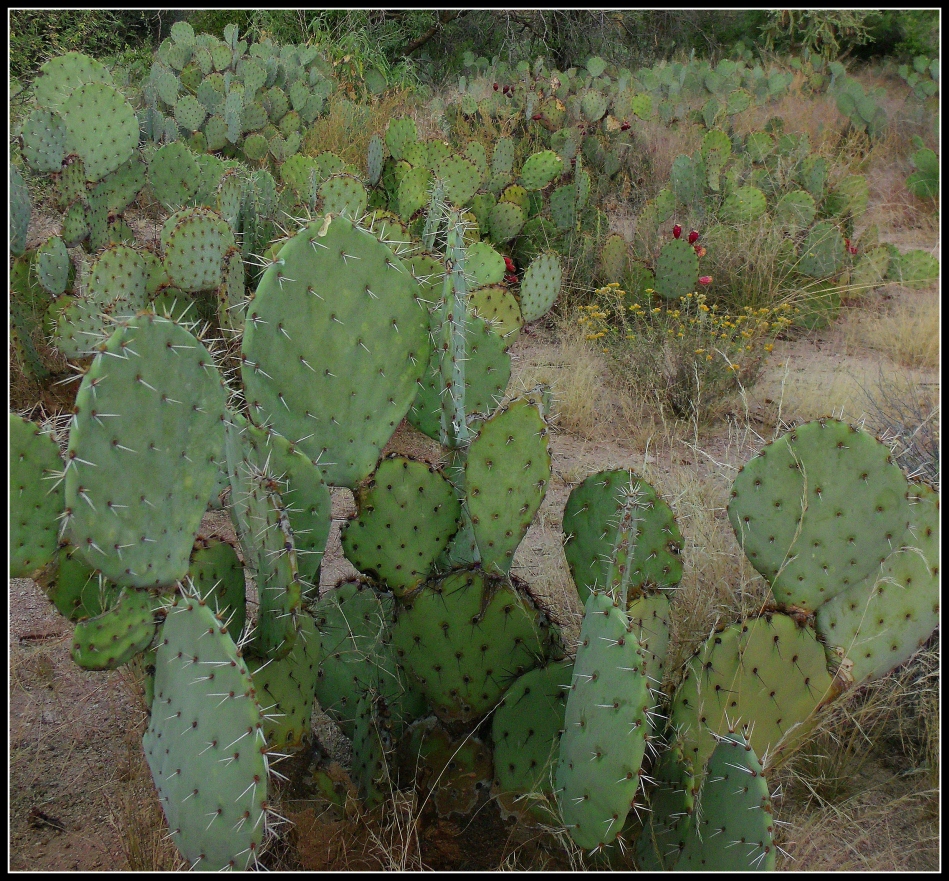 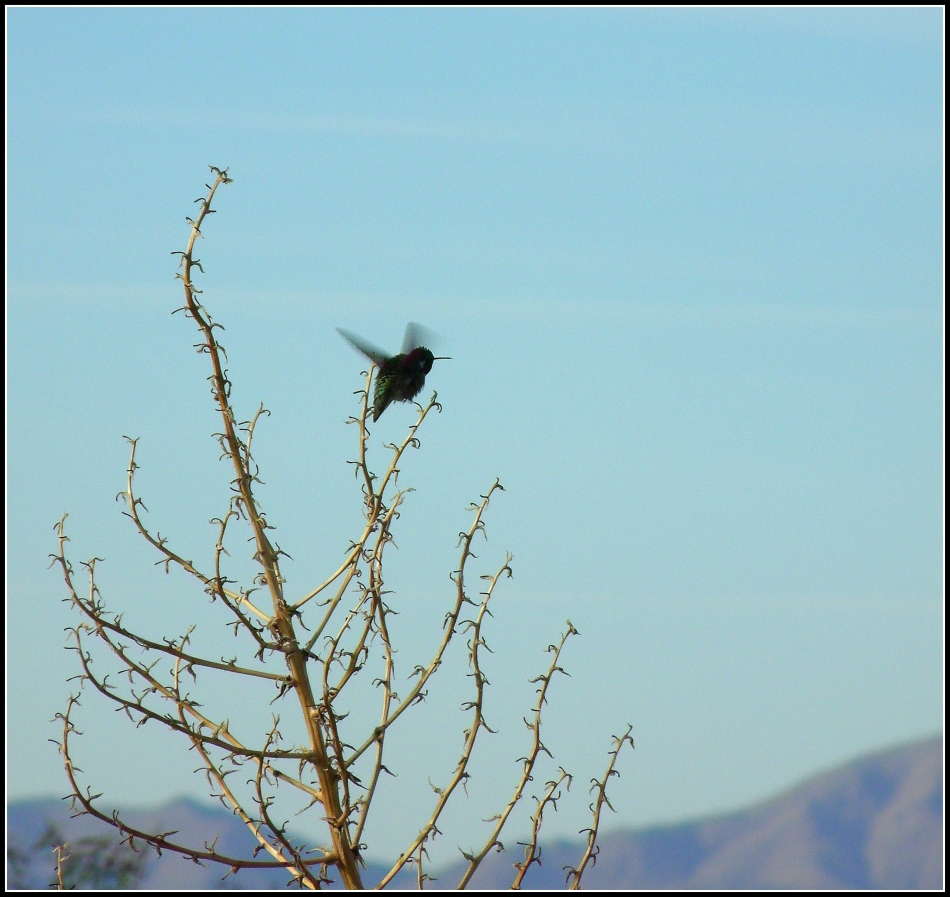 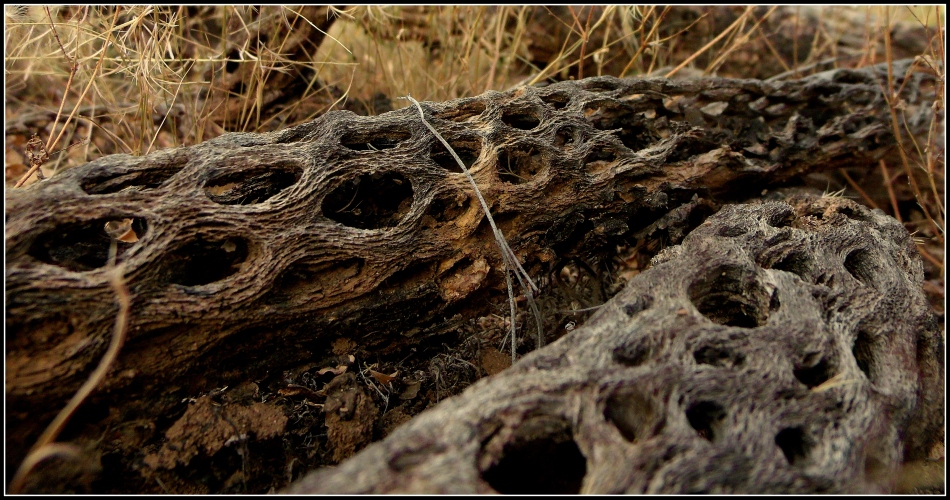 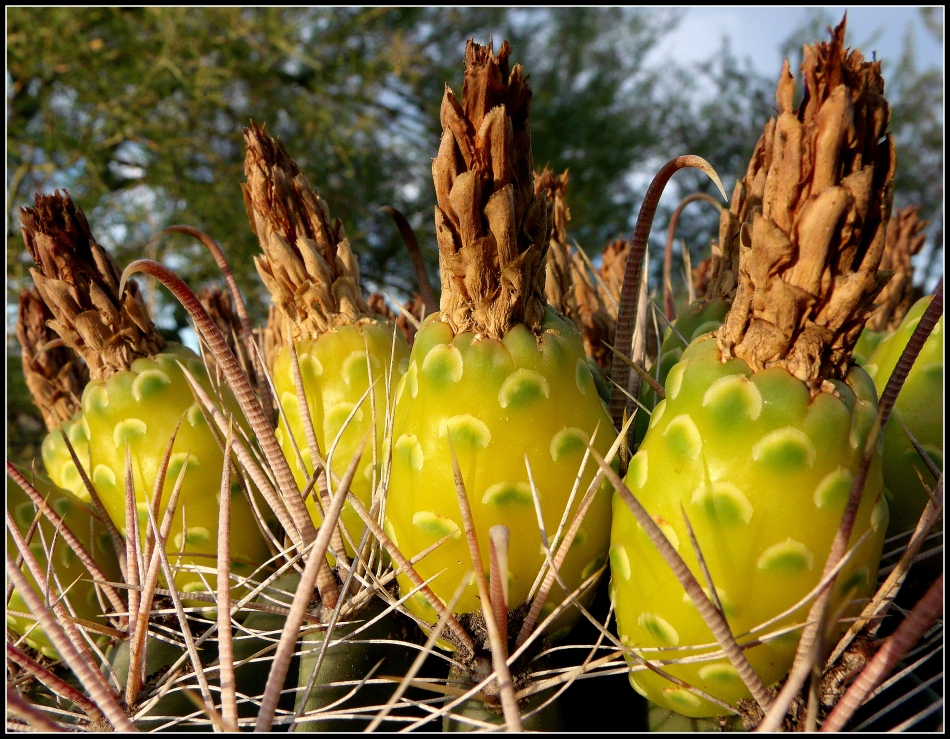 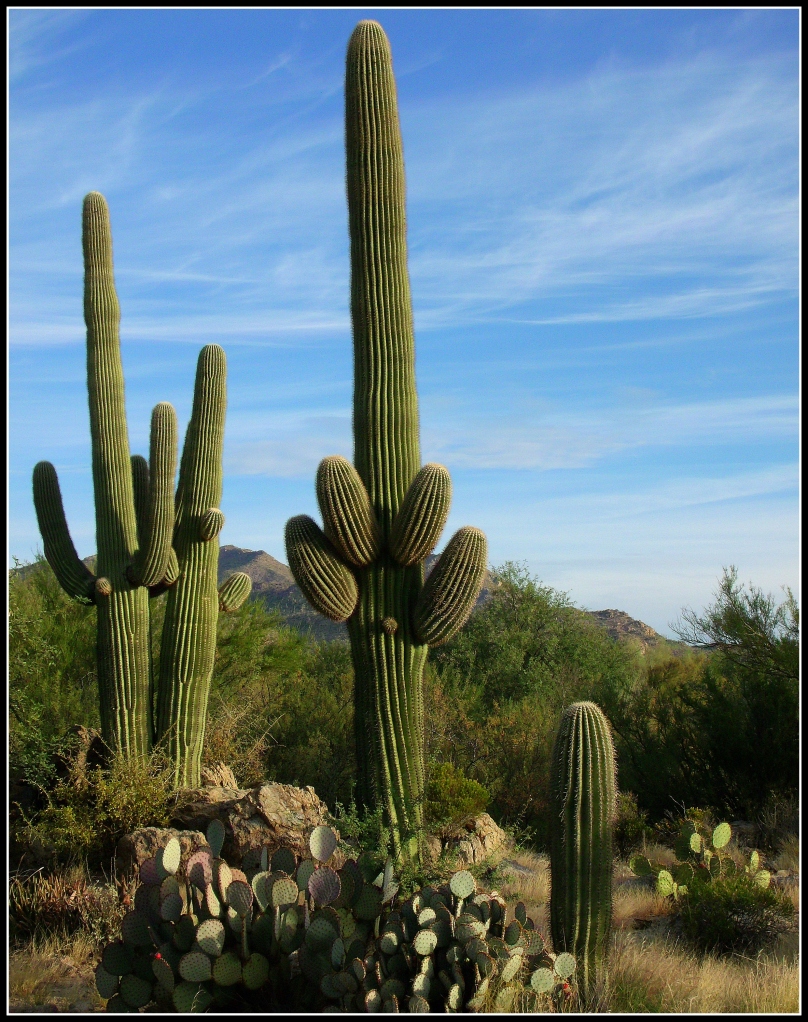 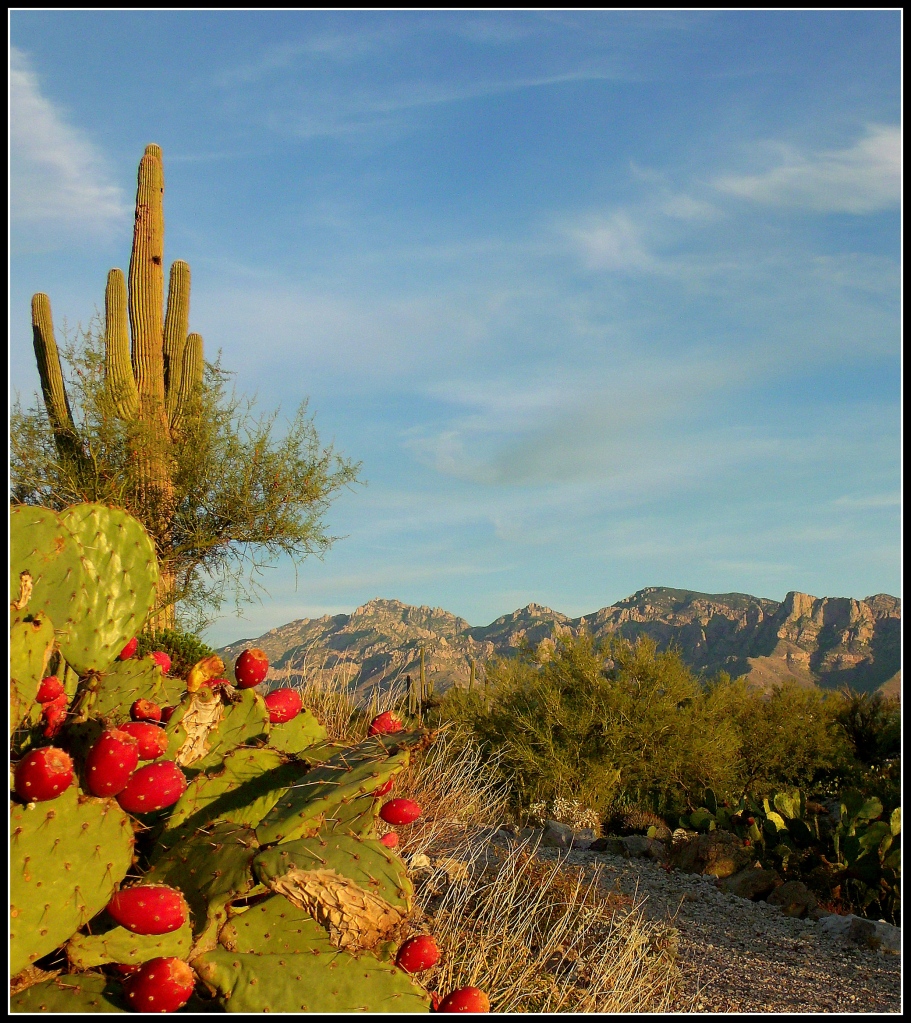 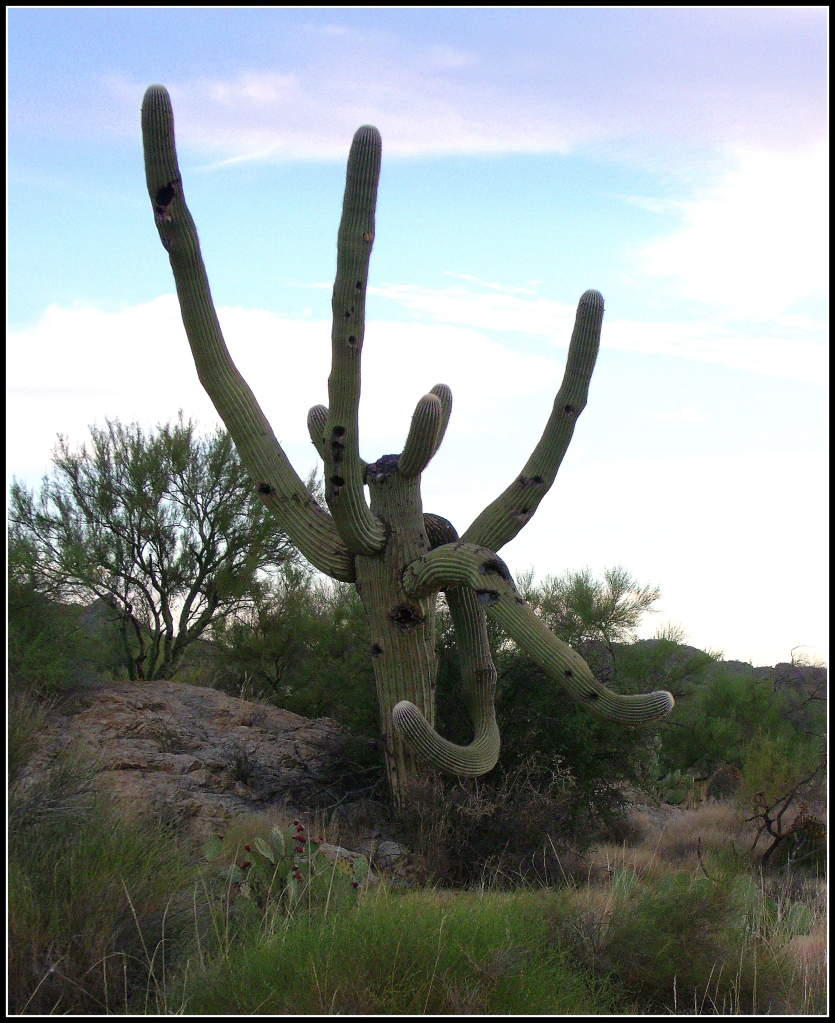 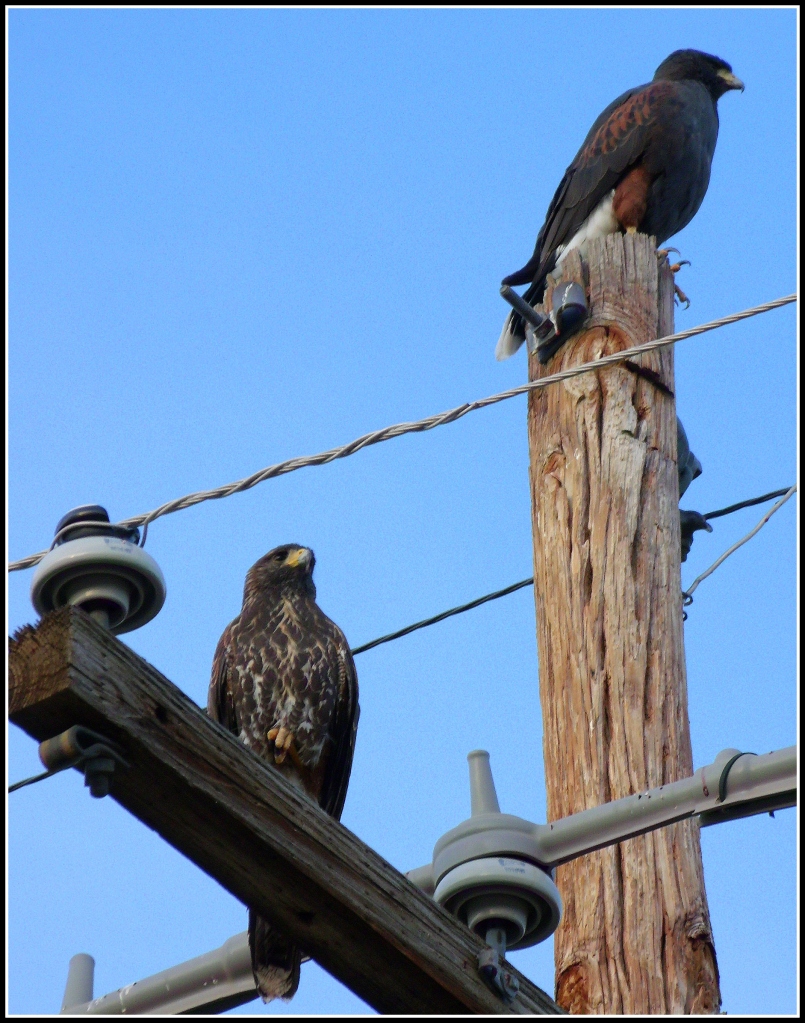 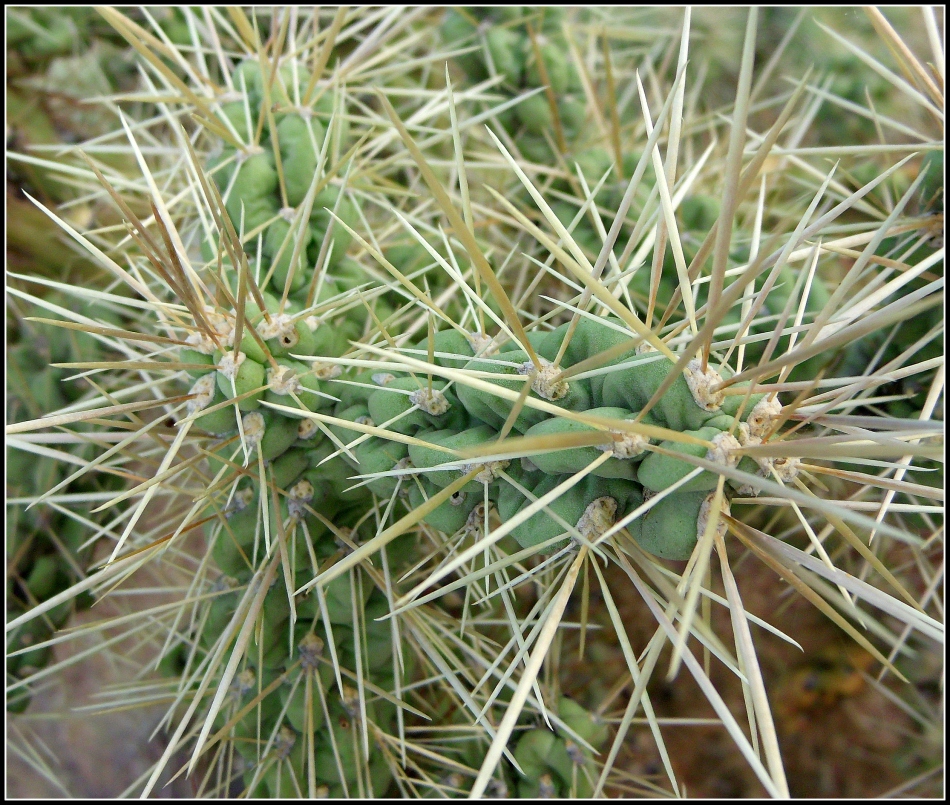 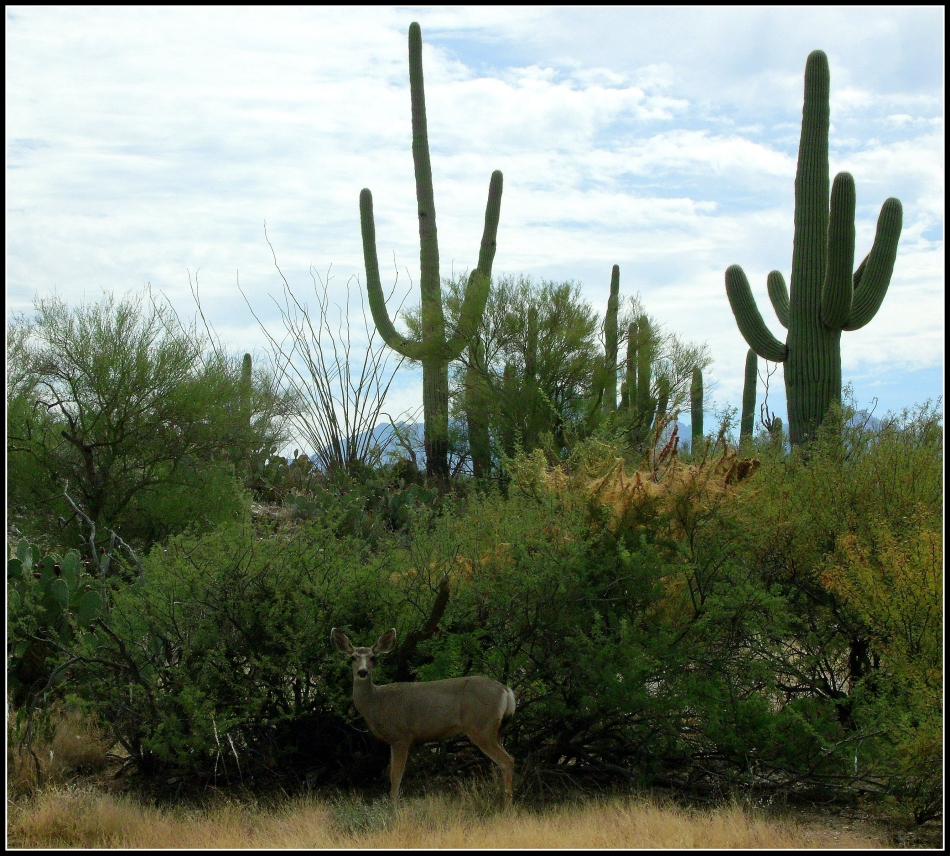 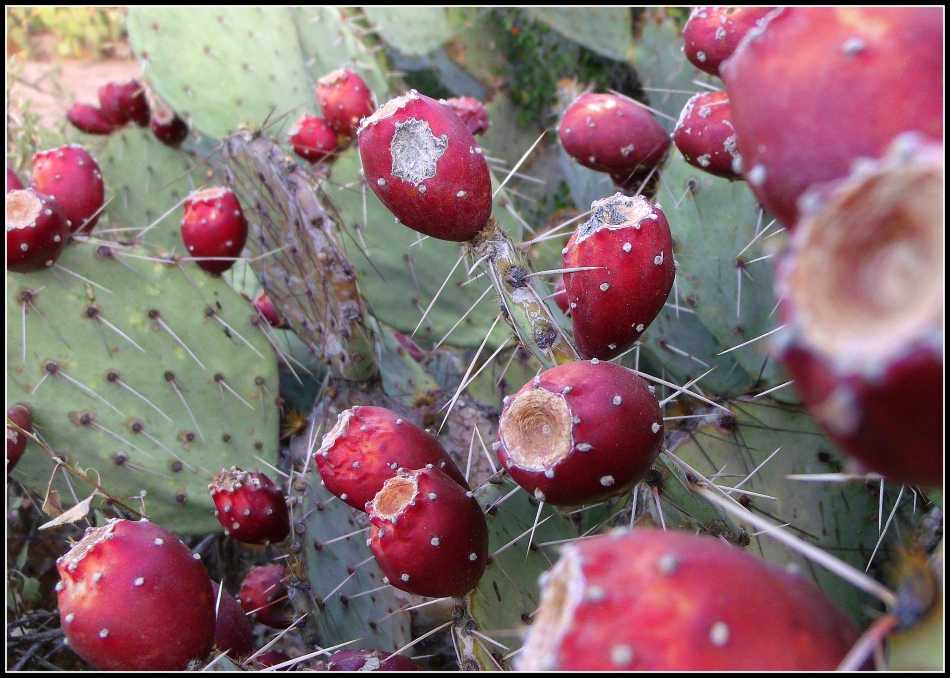 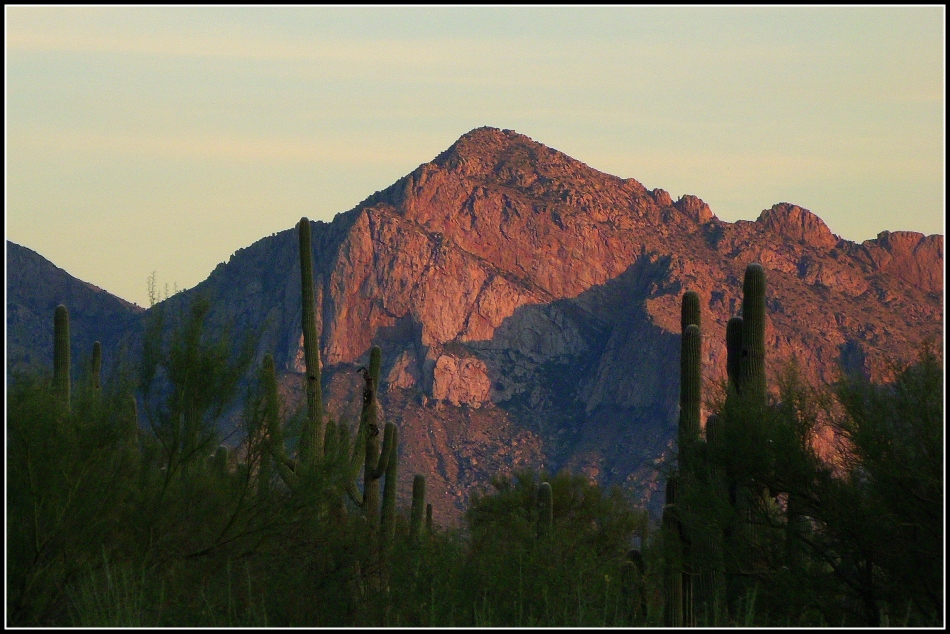 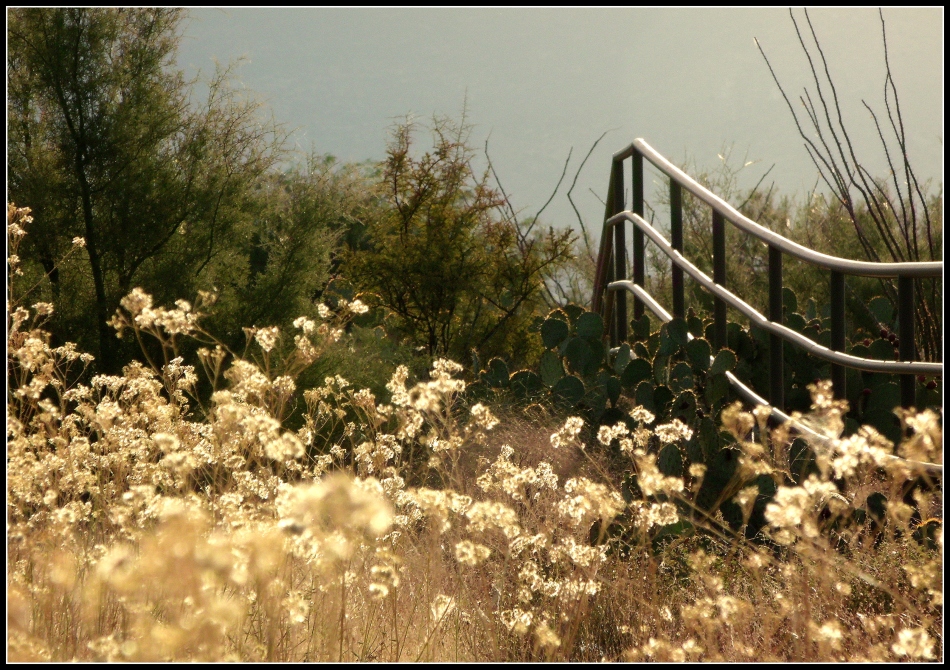 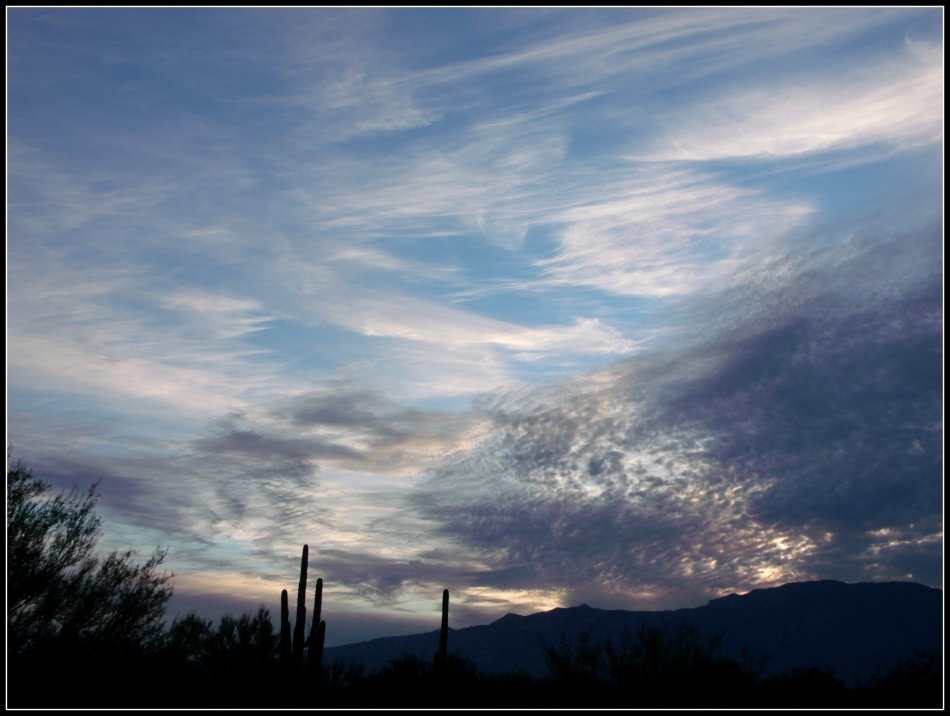 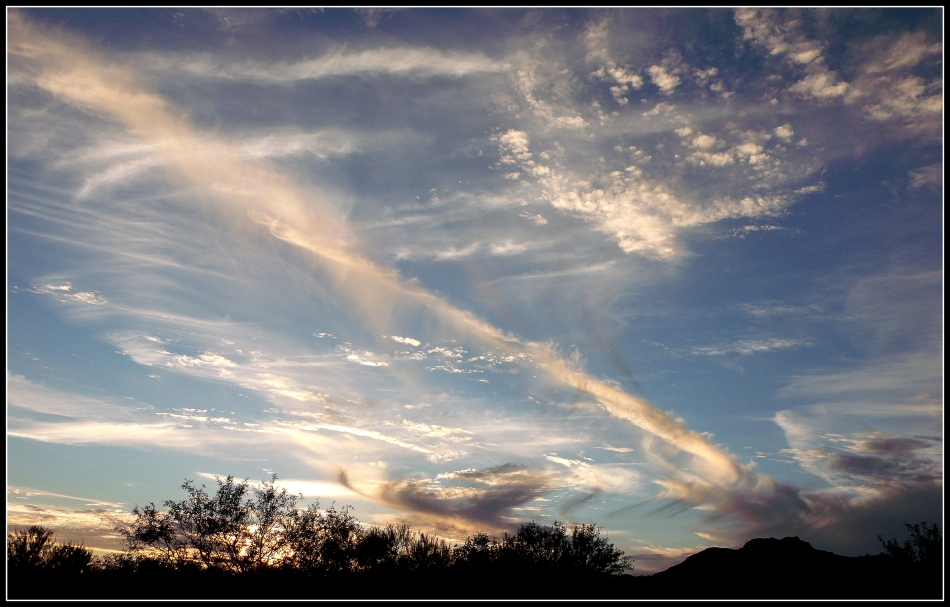 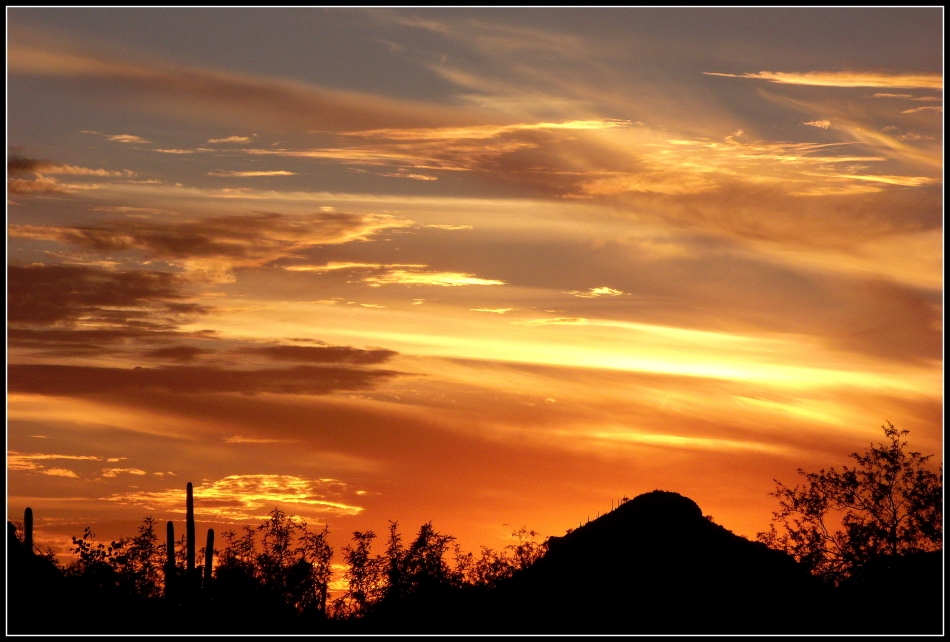 Rugged and beautiful, to me…. 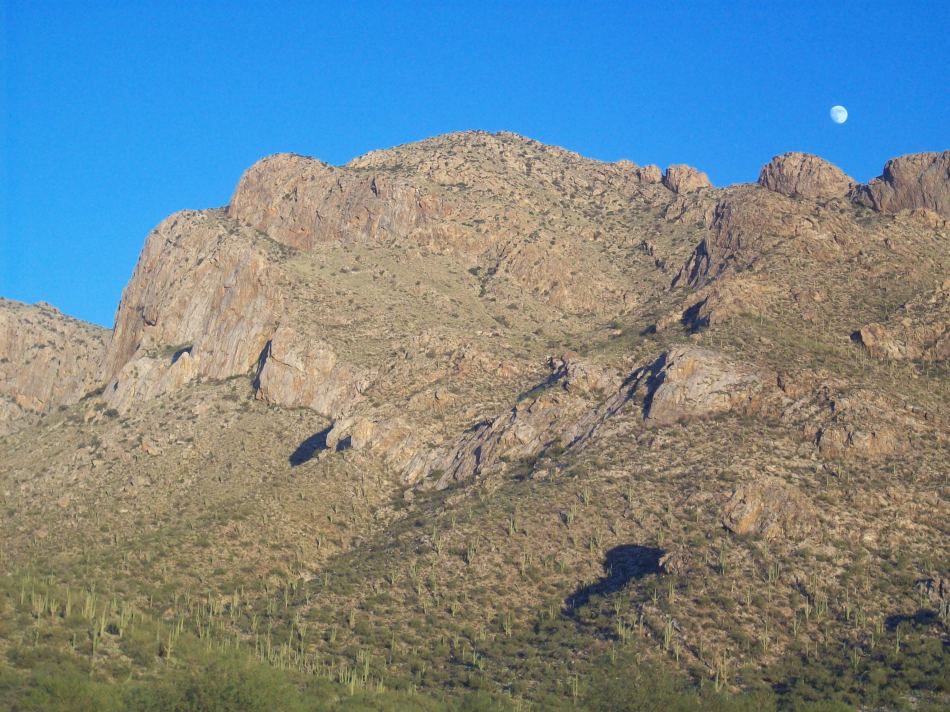 Pusch Ridge is along the western edge of the Catalina Mountains, the range that provides a natural northern boundary for Tucson, Arizona, USA.